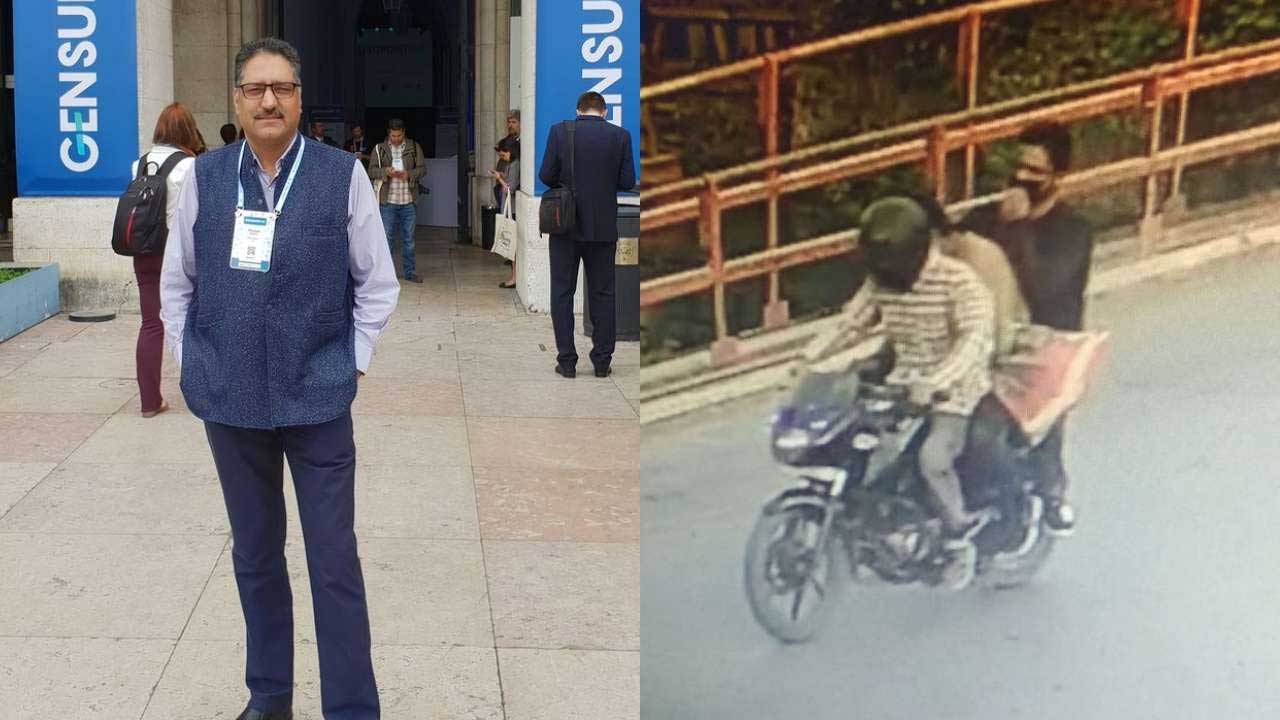 The Jammu and Kashmir Police have released the photograph of a fourth suspected terrorist involved in the killing of Raising Kashmir editor Shujaat Bukhari and two police personnel employed for his protection. Bukhari was gunned down last night by armed terrorists inside his vehicle. Shujaat’s brother Bashrat Bukhari is a minister in the J&K government.

#BREAKING: J&K Police release photograph of fourth suspected terrorist who killed Shujaat Bukhari and his two PSOs. Inform Police of any leads or information to nab these killers. pic.twitter.com/ZPxdW2WkjB

The police have requested the public to help identify the suspect. Earlier the police had released the CCTV images of 3 men riding a bike who were the suspected terrorists who gunned down Bukhari and his security men.

There were news reports claiming that Pakistan’s ISI has carried out the targeted killing through jihadi terror outfit Lashkar-e-Taiba. Kashmiri journalists had claimed that two of the suspected terrorists were LeT’s Fahad Waza and Mehrajuddin Bangroo.

Two personal security officers of J&K police AB Ahmed and Mumtaz Ahmed were also gunned down by the terrorists. Shujaat was leaving his office in the press enclave, Srinagar to attend an iftar party when the terrorists attacked.

In another terror-related incident yesterday, 44, Rashtriya Rifles soldier Aurangzeb was abducted on his way home and killed by unidentified terrorists. His bullet-ridden body was found this morning near Gusoo, Pulwama. Aurangzeb was going to Poonch to celebrate Eid with his family.