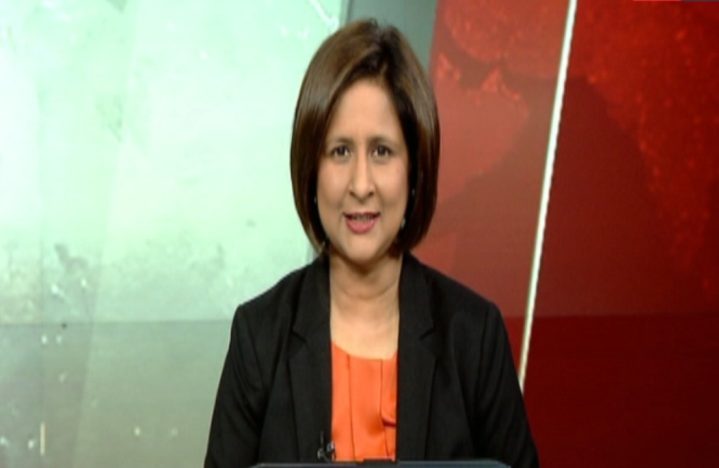 Congress President @RahulGandhi met and interacted with women journalists earlier this evening and what a wonderful interaction it was! pic.twitter.com/FskLSXhciF

While in one of the pictures, one could spot Mrinal Pande, Group Editor of Congress’ mouthpiece National Herald, Pande said the meeting held by Gandhi was ‘off the record’.

This reare, informal and freewheeling discussion took place on condition that it wd be treated as off the record.

Women journalists, however, were seen fawning over the very ‘articulate’ Congress President.

Had the chance to hear & question RG at an unscripted event with women journalists. Confident & spontaneous, he didn’t shy away from answering any questions-  feminism, Kashmir, 2019 alliances to why he would make a good PM. Wish the BJP would org smthg similar! https://t.co/jRamwiaOXA

Niha works with NDTV as per her Twitter profile.

Frank, lively and funny…@RahulGandhi was in his elements as he interacted with women journalists. https://t.co/9HLlazuwgf

Soni is special correspondent with The Week.

Met and heard @RahulGandhi . Thanks to @rssurjewala. Very interesting. Engaging. Rahul didn’t duck any question of around 100 women journalists.

Sheela Bhatt is the Editor, NewsX, and also treasurer of the Editors Guild of India.

Interestingly any recording device like a phone, camera, was prohibited in the meeting.

So the liberated interaction with Congress President @RahulGandhi was with selective 100 female journalists minus pens, phones & cameras! Wonder why the fear? Why shouldn’t journalists be allowed with their basic tools? #JustAsking

I’m not….was just trying to understand the logic…..as a journalist I will ask questions of everyone….whoever it be and whatever it be….

Curiously, a lot of celebrity journalists, especially the ones which are Congress-leaning, were missing. Neither were they visible in the picture nor they mentioned the meet with Congress President. Some even wondered where Congress found 100 journalists, let alone women journalists to attend the meet.

Are there even 100 journos in Delhi, forget women! https://t.co/5HqY9JlnPi

But apparently, there were a lot of journalists from the Economic Times.

This makes one wonder what could be the criteria for being invited to this meet.

No one stopped the pens at all .. we used ours … and it was chosen on basis of beat reporting .. some who requested to be invited and some who qualify for gender reporting ..

She explained the list of journalists who would be invited was curated on basis of ‘beat reporting’ and some who requested to be invited. She even said some were invited to meet Rahul Gandhi because they report on gender. She even cited ‘sources’ and said more hugs are on the way.

She then even explained how none of them took selfies.

None of us took selfies

But then, if you’re not allowed to take your phone or camera or recording device, one wonders how could anyone have taken a selfie. She then fawned some more over Congress President.

Its always good for democracy when netas open up .. get candid .. accept mistakes … and don’t bear grudges .. laught at themselves .. and take all questions .. @RahulGandhi was all of that yesterday ..

But considering there is no such evidence except for the word of those 100 elites who were present there, one would never know.