Earlier, a case was filed in Bihar against Lord Ram for exiling Sita, but the same was dismissed after the judge asked 'where are the witnesses?' 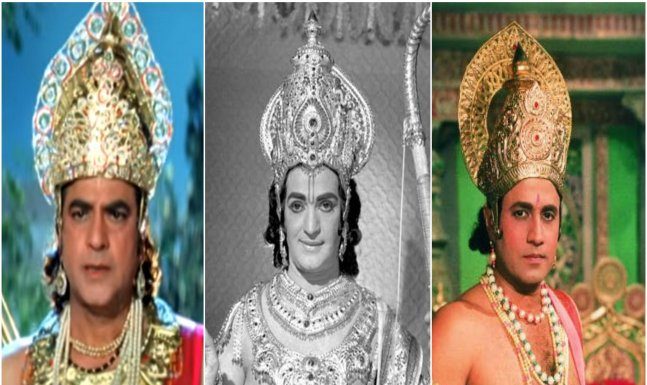 In a move that has sent shockwaves across the Lutyens Delhi and the bylanes of Chandni Chowk alike, the Super Court has sent a show cause notice to Lord Ram for filling the air of the national capital with toxic fumes.

Lord Ram, according to Hindu scriptures, returned to his abode in Ayodhya after 14 years of vanvas and fighting off Ravan who had kidnapped his wife Sita. Even as the elite Delhiites could not decide whether it was misogynist of Lord Ram to ask for agni pariksha from his wife to prove her purity or it was just plain romantic that a man waged a war against a country to bring back his wife, they were stumped over the recent Supreme Court judgement of restricting/banning bursting of firecrackers during Diwali. You see, they were not sure whether to celebrate cracker-less Diwali which may not necessarily bring down the toxicity in the air or cry over the fact that lakhs of workers in firecracker factories are now rendered unemployed.

They will come driving fuel guzzling luxury cars and then cry about firecrackers.” Spraying a rust orange fountain of paan on a poster of the cheap minister stuck near his stall, he added, “They have reduced the festival to only firecrackers. Diwali as a festival has more to it than firecrackers.”

The Super Court, however, is not buying any of it. “The entire concept of Diwali is absurd because as Congress said, Lord Ram never existed. This is a right-wing conspiracy by communal Internet Hindus to hurt the secular fabric of our nation by poisoning the air that ‘a particular religion’ also breathes. First, the Hindus took away their right to divorce their women willy-nilly and now, they want them to breathe poisonous air. The SC won’t stand for it”

When asked how they would explain the air toxicity being high even before Diwali, and what their opinion of Christmas is, considering they oppose “mythological” celebrations and festivals, they said “We have initiated an inquiry into that. We believe the Hindus start secretly bursting crackers from a month in advance just to throw these ludicrous reasons at us. In fact, we think it is these Ram bhakts who are rushing to farms to burst crackers under the guise of poor farmers burning stubble. We have handed over the case to CBI, who despite being a Modi parrot according to Congress, has recently found its spine because let’s face it, it opposed Modi, the owner of the proverbial caged parrot.

As far as Christmas is concerned, you must be a communal, rajma-chawal eating, lasagne hating, cow-belt bigot to even compare Christmas with Diwali. I have visited Mohan Lazarus personally, and he showed me how Jesus walked on water. In fact, we think that it was actually Santa Clause who burnt Lanka and saved Sita in a sleigh which was pulled by red-nosed reindeers. This line of questioning is un-secular and when Congress comes back to power, you will be jailed for curbing my freedom to obfuscate.”

This is not the first time Lord Ram has been in trouble. Earlier, a case was filed in Bihar against Lord Ram for exiling Sita, but the same was dismissed after the judge asked ‘where are the witnesses?’ Lord Hanuman was also once summoned by a District Magistrate in Bihar (again) but it turned out to be a clerical mistake.

Meanwhile, Lord Ram is hoping that this is also a clerical mistake and the notice is to his namesake, who masquerades as a historian.

Disclaimer: This is a satirical piece and no offence meant to anyone, including the judiciary. We all could do with a little bit of laughter on our own expense.