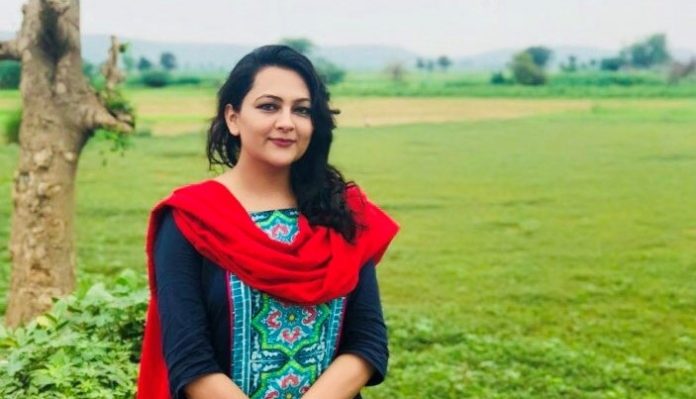 Last week, senior editor at The Wire, Arfa Khanum Sherwani had posted a tweet wishing Holi, where she mentioned that she would play Holi saying Bismillah. This had attracted severe criticism for her from many Muslims, who were offended that a Muslim was going to celebrate Holi, and that she used the word Bismillah along with Holi.

Now it seems harassing The Wire journalist on social media for her one tweet was not enough, as students of Aligarh Muslim University are protesting her presence on the university campus due to the same tweet.

Founding editor of the leftist website Siddharth Varadarajan informed on Twitter that AMU students are protesting against Sherwani’s visit to the university.

Arfa K. Sherwani is among the speakers invited for the Women Leadership Summit 2019 organised by the Aligarh Muslim University Women’s College Students Union. The summit is scheduled to take place from 26th to 28th March, and includes left-leaning usual names like Arundhati Roy, Vrinda Grover, Teesta Setalvad as speakers invited to participate in various events. It is ironical that Arfa is facing protests from radical Muslims for her Holi tweet, who herself showed radical feelings by opposing “Bharat Mata Ki Jai” chants. According to her, this slogan forces a certain mythological idea of motherland being a Devi, a Hindu deity. She had tweeted that this does not suit those people who believe in monotheism i.e. Muslims. Now Muslims at the AMU are finding her not Muslim enough.

There is another irony in the fact that AMU students are opposing the senior editor from the same website, which was defending the university students when they had heckled a female journalist from Republic TV. The Wire had then insinuated that the Republic journalist had provoked the students, and the students were justified in assaulting the crew of the TV channel.

The AMU students, who are favourites with “progressive liberals”, often take offence against comments they think insult Islam. Earlier, they had objected to a Facebook post by freelance JNU protestor Shehla Rashid, and had even postponed an event she was scheduled to participate in AMU. According to AMU students, Shehla Rashid had indulged in blasphemy when she talked about free speech; it was alleged that she made insulting statements about religious figures.

Arfa Khanum Sherwani was scheduled to participate in a panel discussion at 2 PM today during the summit at AMU, but it is not clear whether that event was cancelled due to these protests.

The response of AMU students to such social media posts highlights the menace of intolerance towards Hindus and Hindu festivals by a specific section of the Indian population. While “liberals” dedicate their overwhelming resources towards combating nonexistent radicalization among Hindus, they turn a blind eye towards the radicalization that has gripped the minority community. The latest episode is symptomatic of dangerous levels of radicalization in the educated section of the community.