It is embarrassing that the Congress party will such a mistake about their own leader. 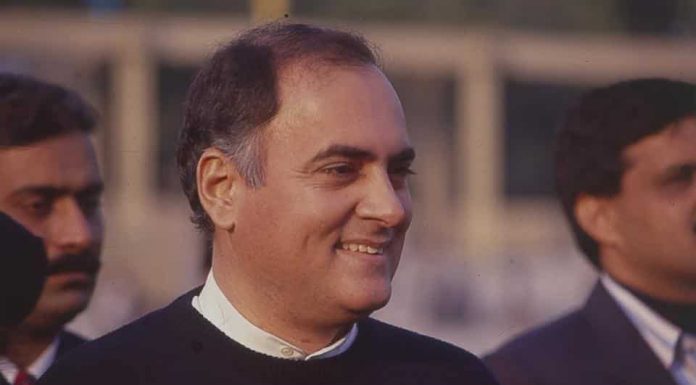 Rajiv Gandhi is one of the three former prime ministers of India from the Congress party that the party always tries to remember. When in power, Congress governments at the centre and in the states have named hundreds of government schemes and institutions after any one of the three PMs from the Nehru-Gandhi family, Jawaharlal Nehru, Indira Gandhi and Rajiv Gandhi. Although there were other PMs of India from the Congress party, the party will rather like to remember only the these three.

Given this backdrop, it is expected that the party will know everything about these former prime ministers and will not make a mistake in documenting their life. But that is not the case, as the party has mentioned a serious mistake about Rajiv Gandhi, the father of current party president Rahul Gandhi, in their website.

In the second para, it is written that “there were several instances of security threats to him especially after the inhumane assassination of his father Rajiv Gandhi who at the time was serving as the Prime Minister of India”. After that in the third para, it is written that, “in 1991, the country witnessed the harrowing assassination of Rajiv Gandhi, the then Prime Minister of India, who lost his life in an election rally”.

Therefore, it is embarrassing that the Congress party will such a mistake about their own leader.