Prashant Kanojia is a regular offender. The freelance journalist was arrested by the Uttar Pradesh government for posting derogatory tweets about Gods, Goddesses and inflammatory posts on UP CM Yogi Adityanath. 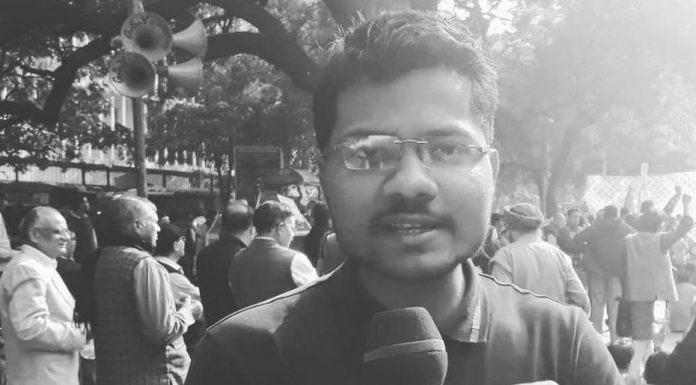 Controversial journalist Prashant Kanojia tweeted the screenshot of a news report from 2015 in an effort to stoke caste tensions. The tweet appears to have been deleted since then.

And he calls himself a journalist. @Uppolice @UPPViralCheck any action against @PJkanojia for sharing 5 year old news to spread hate? pic.twitter.com/UmdbCautUF

The report in the screenshot said that a Khap Panchayat in Baghpat, Uttar Pradesh had decreed that two Dalit girls ought to be raped and paraded naked across the village. It was supposed to be punishment for their brother eloping with a married woman. The girls had then petitioned the Supreme Court and requested security.

Serial fake news peddler Prashant Kanojia tweeted the news with the insinuation that the Yogi Adityanath led government in Uttar Pradesh was only bothered about making the Ram Mandir but not protecting Dalit girls.

The news, however, appears to be from August 2015 when the Chief Minister of Uttar Pradesh was SP’s Akhilesh Yadav. The then Baghpat Superintendent of Police had denied that such an order was passed but asserted that security had been provided to the family. Then UP CM Akhilesh Yadav, too, had reportedly taken cognizance of the matter and instructed local administration to provide security to the family. Prashant Kanojia effectively shared old news from 2015 when Akhilesh Yadav was the Chief Minister to insinuate wrong-doing on the part of the Yogi Adityanath government. He also tried to sow discord by sharing old news without context while saying that Dalit girls are dispensable for the state government.

Prashant Kanojia is a regular offender. The freelance journalist was arrested by the Uttar Pradesh government for posting derogatory tweets about Gods, Goddesses and inflammatory posts on UP CM Yogi Adityanath. He had also made vile comments against Dalits and Hindu saints. Later, he was ordered to be released by the Supreme Court.