OpIndia
Home Opinions Maridhas and the DMK: A Tamil David against the Dravidian Goliath
MediaOpinionsPolitics

Maridhas and the DMK: A Tamil David against the Dravidian Goliath

After DMK’s Spokesperson Mr Saravanan, had made the startling claim that Kashmir is not an integral part of India on national television, Maridhas released this video – Should the DMK be banned? 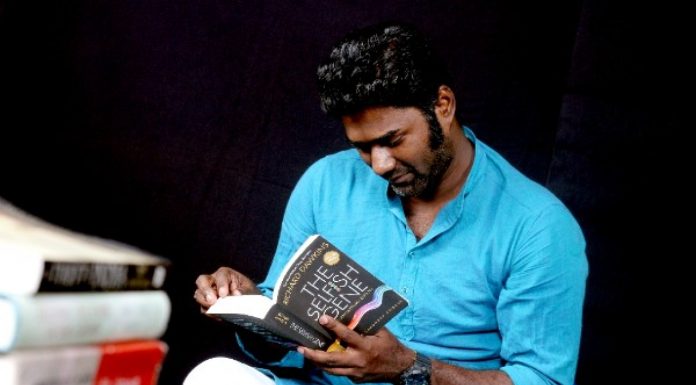 Young Tamils of today need no introduction to the Youtube channel Maridhas Answers. A young gentleman, in impeccable simple Tamil, uses calm argumentation, facts and logic to demolish the prevailing narrative in Tamil Nadu. He has released educative videos on the Neutrino project, on the highway projects, on the national development projects and successes of the Modi Government.

With a shoestring budget, crowdsourced funds and social media presence, he has been consistently swimming against the current.

In recent videos, he has taken aim against some very powerful lobbies, notably the foreign-funded Christian lobby and the entrenched power in the State, the Dravidian movement.

Predictably, he has begun to face retribution. The first is a criminal complaint against him submitted to the Commissioner of Police, Chennai, by Rajya Sabha MP and DMK Organization Secretary, Mr R S Bharathi.

Let us go over a few videos of his that have so irked the powers that be.

On 29th July 2019, he released a video titled – Is the DMK Anti-Hindu? In this video, he walks us through the foreign funding of some of the Christian organizations in Chennai, notably, the Evangelical Church of India, whose Bishop Ezra Sargunam, was in the news for exhorting people to punch Hindus in the face. Startlingly, at 27:50 of this video, he shares information that this Bishop’s organization had transferred funds to the Dravidar Kazhagam, the ideological parent of all Dravidian movements.

On 18th August 2019, after DMK’s Spokesperson Mr Saravanan, had made the startling claim that Kashmir is not an integral part of India on national television, Maridhas released this video – Should the DMK be banned?

In this video, he first claims that the DMK’s stand on Kashmir reflects the official Pakistani position on the subject. (in this section) He also goes on to state that the stand reflects the position of Hizbul Mujahideen and Lashkar-e-Toiba. In this video, Maridhas highlights the contribution of India’s Ambassador to UN, Syed Akbaruddin and the sacrifice of slain rifleman Aurangzeb. He also claims that Chennai is in the top list of Pakistan’s bombing targets and DMK’s support of Kashmiri separatism is a betrayal of Tamil interests.

He recollects the rumour engines that worked overtime in Tamil Nadu to claim that the Pulwama attack was engineered by BJP and doubted whether the Balakot strikes really happened. He claims that Thirumurugan Gandhi, who raised these doubts and rumours, is astroturfed by the DMK. He recollects that the accused in Coimbatore bombing were released by the DMK for Anna’s birth centenary and claims that the DMK, Congress or Communists did not intervene when Katchatheevu island was ceded to Sri Lanka. He concludes by raising a doubt if the DMK has received any funds from Pakistan for taking the stance it does.

The final video that brought about the police complaint was released on 24th August 2019. It is titled – Do the DMK and Pakistan have a link? In this section of the talk, he describes how news outlets like Daily Pakistan and Tamil outlets like OneIndia.com reflect the same views or slant.

He draws a parallel between the structure in Kashmir, where Dawood Ibrahim’s financial power, the JKNC and PDP, which practice respectable politics and the Hurriyat and splinters, that are separatists work together, with the business magnate Martin, DMK and the small splinter political parties and Tamil nationalist and Dravidianist activist groups

He traces the relationship between Martin Jose Daison, who is the son of Santiago Martin, a business tycoon, and Thirumurugan Gandhi, the leader of the May 17th Movement. Martin Jose Daison is a Director in many firms as per the Ministry of Corporate Affairs

Earlier, Twitter handles had expressed a doubt whether the funding for Thirumurugan Gandhi’s May 17 Tamil Separatist movement had come from Santiago Martin

Martin Windfarms, in which Jose Daison is a Director, pays him a monthly salary of Rs 3 crore/month. In a financial deal, Jose Daison is said to have given an unsecured loan to another of the companies in which he is a director, Sky Ride Hi-Tech Tours and Travels.

He also makes the startling claim that Martin transfers money using the hawala route. He points to the role of Kolkata in moving hawala funds using the lottery route, Jose Daison’s directorship in companies registered in Kolkata and the CBDT action in unravelling a 1000 crore hawala syndicate in Kolkata. He references this article in which Santiago Martin is mentioned

He links Teasel Marketing Pvt Limited, registered in Kolkata and in which Jose Daison is a Director, to hawala operations. He also repeats media suspicions about foul play in the death of Palanisamy, an Accountant, soon after the accountant’s investigation by the Income Tax Department.

He claims that the entire May 17th movement is funded by the Martin family and that it works as an extended arm of the DMK. He uses this claim as the explanation of how the constant turmoil and protests and demonstrations of the last three years have been funded by hawala funds.

In his complaint, Mr R S Bharathi makes the argument that the 18th August video which compared DMK’s protests against the abrogation of Article 370 with the point of view of designated terrorist outfits and Pakistan as a motivated action to create ill-will against Muslims. It is on this basis that he seeks action against Maridhas under Section 505(2) – Statements creating or promoting enmity, hatred or ill-will between classes.

He further goes on to demand that the YouTube channel and Facebook page be removed under the Information Technology Act, 2000. He further demands an investigation into how Maridhas utilizes the funds he seeks through crowdfunding.

We leave it to the reader as to whether Maridhas’ point of view is indeed Islamophobic and how his activity is detrimental to communal harmony. While the author of the publication has not verified any of the claims made by Maridhas in his videos, the DMK’s stand must also be questioned as to why it is working to silence a lone voice like Maridhas.