Ajit Pawar, the nephew of Sharad Pawar is said to have bypassed his uncle Sharad Pawar to ally with the BJP. However, several other reports also quote sources to state that Sharad Pawar was in fact kept in the loop all along. 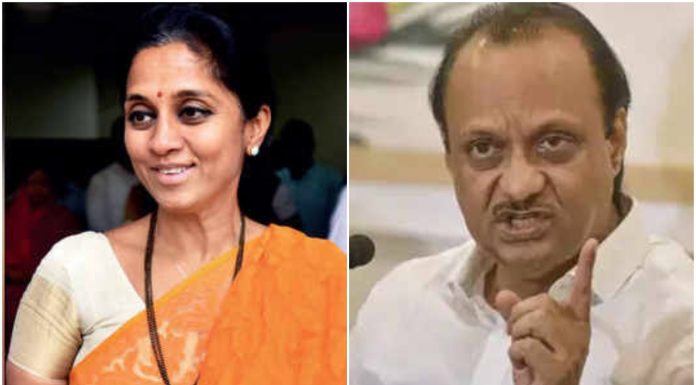 On Saturday, following the decision of NCP’s Ajit Pawar to join hands with the BJP to form a government in Maharashtra, Sharad Pawar’s daughter and senior NCP leader Supriya Sule has confirmed that the Nationalist Congress Party has split in the middle of a political war.

According to the ANI, Supriya Sule has put up a story on Whatsapp which stated, ‘Party and family split’ indicating that there has been a rebellion within the party after Ajit Pawar joined hands with the BJP.

Meanwhile, Nationalist Congress Party (NCP) leader Nawab Malik has said that the letter of support that is being used is wrong. “We had taken signatures from MLAs for attendance, it was misused as a basis for the oath,” said Malik.

Reports suggest that Ajit Pawar collected the signatures of all the NCP MLAs on the party’s letter of support, which was later presented to prove NCP’s support to the BJP.

Following the massive political coup by the BJP, Sharad Pawar had stated that he was unaware of the developments. Nationalist Congress Party (NCP) chief Sharad Pawar seems to be equally miffed with his nephew Ajit’s decision to join hands with the Bharatiya Janata Party.

NCP chief Sharad Pawar on Saturday tweeted that Ajit Pawar’s decision to support the BJP was his own and not that of the party. “We place on record that we do not support or endorse this decision of his,” said Sharad Pawar.

“I came to know at 7 am today about Ajit Pawar. I did not know before that. I will hold a press conference at some time. Uddhav too will address the media. I will speak elaborately then,” the NCP chief said, clarifying that it was not his decision.