Various social media users who took notice of this have been outraging and questioning how Google could openly give a platform to an ideology of terrorism, violence and radicalisation. 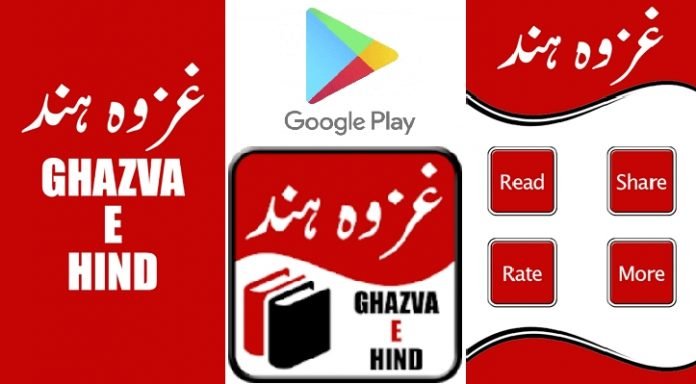 Radical Islamic literature on Ghazwa-e-Hind has been shockingly made available on the Google play store. Various social media users who took notice of this have been outraging and questioning how Google could openly give a platform to an ideology of terrorism, violence and radicalisation.

Major Surender Punia on Twitter, taking note of this serious infraction, asked the government of India to immediately put a ban on this and urged other users to report this to Google.

Unacceptable
Hello @Google It’s shocking & beyond belief that your @GooglePlay store giving platform to a ideology of terrorism,violence & radicalisation- Ghazwa-e-Hind@PMOIndia Govt of India MUST ban it immediately?@NIA_India@HMOIndia @CyberDost
Friends,Pl report to Google? pic.twitter.com/SyTJ2dFJVu

Google store, an official application store for the Android operating system, allowing users to browse and download applications developed with the Android software development kit and published through Google, after making ‘Ghazwa E Hind’ available on its app store has received more than 5000 downloads for this app which has irked Netizens who have firmly demanded that it must be made unavailable on the google store with immediate effect.

The description for the app says “has been designed for everyone who wants to know about war of Hind. This app contains a book named “Ghazva e Hind” that is full of historical knowledge.”

Social media activist Anshul Saxena took to Facebook to share the google store links from where this book, which is widely used by radical organisations to indoctrinate Muslim youth into terrorism, can be bought. Condemning this endeavour, Saxena too sought an immediate ban on it.

The term Ghazwa-e-Hind or a holy raid of India has been used by the Pakistani terrorists against India for decades. The concept of Ghazwa-e-hind roots from several works of Islamic literature named Hadiths. The doctrine predicts onslaught upon citizens of India by Islamist forces and its take over by them. The doctrines are widely used by radical organisations to indoctrinate Muslim youth into terrorism by asserting that conquering the lands of ‘non-believers’ is their holy duty.

In March 2019, Intelligence reports had revealed that terrorist organization Jaish-e-Mohammed had in a meeting decided that the group will resolve to execute the ‘Ghazwa-e-Hind, a doctrine aimed at the conquest of India. Jaish-e-Mohammed is the same terrorist organisation which executed the horrifying Pulwama attack, in February 2019, which left 40 CRPF jawans dead. Following this Indian government in the wee hours of 26th February, launched airstrikes on terror camps of JeM based in Pakistan-occupied-Kashmir and Pakistan. It also killed many operatives of JeM, delivering a big blow.

As India fights Wuhan coronavirus, propagandists masquerading as 'journalists' and 'historians' seem to have taken upon themselves to spread misinformation.
Read more