While Congress party keeps protesting against CAA, Congress govt in Rajasthan gives land at half prices to Pakistani migrants in the state

Last month also the Congress government led by CM Ashok Gehlot in the state of Rajasthan had provided citizenship to eight such refugees from Sindh in Pakistan who fled fearing religious persecution. 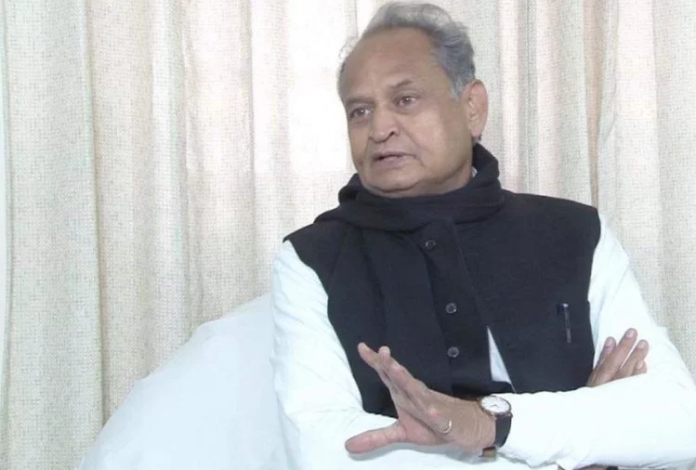 Though the Congress party has been vociferously opposing the amended Citizenship law and NRC, in fact, to the extent of instigating the Islamic mob which created havoc across India, its government in Rajasthan, surprisingly, have been allotting plots at half their market price (50 per cent discount) to Pakistani migrants in the state capital.

According to a report by The New Indian Express, the Jaipur Development Authority has revealed that about a hundred people who had been displaced from Pakistan have been issued allotment letters in the Khushar Extension Housing Scheme by Zonal  Office-9.

This initiative, which was a part the public welfare schemes announced by Rajasthan Congress, was executed in accordance with the instructions of the Minister of Urban Development, Shanti Dhariwal. Expressing their happiness, the immigrants said that they’re very happy about it.

In fact, last month also the Congress government led by CM Ashok Gehlot in the state of Rajasthan had provided citizenship to eight such refugees from Sindh in Pakistan who fled fearing religious persecution.

Though CM Ashok Gehlot had refused to implement CAA and NRC in Rajasthan it is being believed that there is immense pressure being put on the Congress government by the Hindu migrants in the state to consider the implementation of the Act.

This double standard displayed by the Congress government in Rajasthan has attracted sharp criticism from the Opposition. BJP said Rajasthan government is standing against the CAA merely to oppose the Modi-led government at the Centre while they themselves are providing land to Pakistani refugees at cheap rates.

State BJP President Satish Poonia said: ‘‘This is another U-turn by the Gehlot Government. The Chief Minister should tell us whether he supports or opposes CAA. Their words and actions contradict each other.’’

The Congress party in the state has, however, been defending its action by maintaining that it is only fulfilling the genuine needs of Pakistani migrants who have already got Indian citizenship. They said that the opposition to the CAA- NRC will continue and they will not be implemented in Rajasthan.

Congress Spokesperson Archana Sharma remarked: ‘‘The identity of India is through its Constitution and we reject the CAA-NRC because those are opposed to our Constitution. Since we respect the Constitution, our government will not implement the divisive CAA-NRC in Rajasthan. But opposing CAA does not mean that we oppose Pakistani migrants who are in our state and have already got citizenship which they deserve.’’

The Citizenship (Amendment) Bill became an act after it was passed by the Indian Parliament in December last year.

The new Act seeks to grant Indian citizenship to non-Muslim refugees who came from Pakistan, Bangladesh, and Afghanistan on or before December 31, 2014. It applies to those who were forced to seek shelter in India due to persecution on the ground of religion. It aims to protect such people from proceedings of illegal migration. The cut-off date for citizenship is December 31, 2014, which means the applicant should have entered India on or before that date. Moreover, those persecuted minorities from these 3 countries who come to India after 2014 using lehal means will be granted citizenship after staying in India for 5 years, instead of normal requirement of 11 years.