The 46-year-old  Pullela Gopichand is not only the country's one of the greatest sports stars but also known for his extremely successful coaching career. 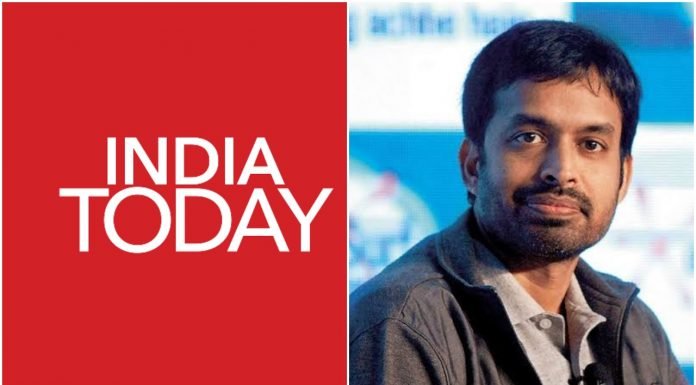 The India Today media group, one of the major media company in the country, on Wednesday stoked a controversy after they condescendingly referred to country’s ace Badminton coach Pullela Gopichand as ‘little known’.

However, India Today group, who seems to have had some sort of discomfort over such prestigious recognition for Pullela Gopichand, chose to show their eliteness by referring to him as a ‘little known’ person. They referred to Gopichand as ‘the little-known India coach’ while sharing their report on Twitter. 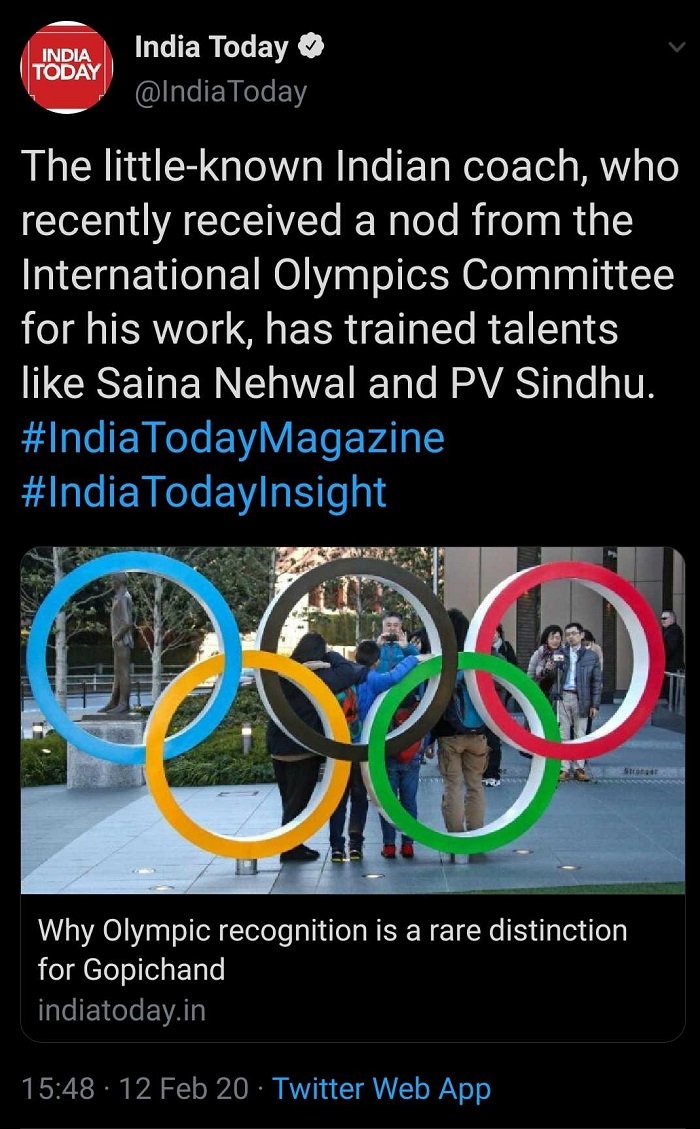 The demeaning of Pulella Gopichand by India Today group, however, did not go well across the social media platforms. The netizens schooled the media group for its blunder.

Gopichand is “Little known” ?? Have some shame @IndiaToday #Gopichand

Another social media user said Gopichand is as little known as much Rajdeep Sardesai is known as a ‘journalist’.

Gopichand is as little known as Rajdeep sardesai as a journalist https://t.co/wElfTiDA52

Other users mentioned the achievements of the Gopichand on Twitter and shamed the media group for their error.

Pulela Gopichand won All England Open Badminton Championship : one of the most coveted prizes in Badminton.

The 46-year-old  Pullela Gopichand is not only the country’s one of the greatest sports stars but also known for his extremely successful coaching career. During his playing career, he won the prestigious All England Open Badminton Championship becoming the second Indian to achieve this feat after Prakash Padukone.

After his retirement, Gopichand took up the mantle of coaching and also became the chief coach of Indian Badminton unit. During his coaching career, he has trained country’s badminton players including Saina Nehwal, PV Sindhu, Sai Praneeth, Parupalli Kashyap, Srikanth Kidambi etc.

Pullela Gopichand has also received the Arjuna Award in 1999, the Dronacharya Award in 2009 and the Padma Bhushan – India’s third highest civilian award – in 2014.

India Today group which is known for employing India’s greatest fake news expert Rajdeep Sardesai and fake sting video producer Rahul Kanwal perhaps needs to educate themselves regarding the contribution of Pulella Gopichand towards the development of Badminton as a serious sport in the country, which has brought great honour to India at global sports events.