Turkish President Erdogan rakes up Kashmir issue in Pakistan parliament, says matter is of equal importance for both Pakistan and Turkey

Turkish President Recep Tayyip Erdogan, who had earlier raised the issue of Kashmir in UNGA, also declared his country's support to Pakistan in removing it from FATF's Grey List 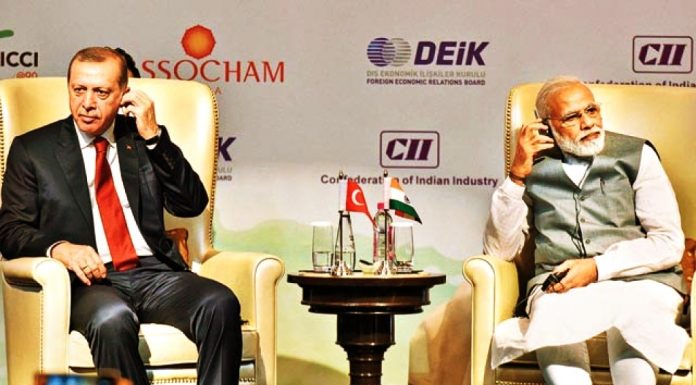 Despite India’s strong disapproval, Turkish President Recep Tayyip Erdogan on Friday dredged up the Kashmir issue, asserting that Ankara will back Pakistan as the matter is of paramount importance to both the countries.

“During the Turkish freedom struggle, the people of Pakistan gave us food to eat. We have not forgotten and will never forget this help of Pakistan. The way Kanakkal (coastal region of Turkey) is important to our country, in the same manner, today Kashmir hold significance for us. There is no difference between the two,” Erdogan said.

Addressing a joint session of Pakistan’s Parliament, Erdogan voiced his support to Pakistan on its stand on Kashmir, claiming that the issue of Kashmir cannot be solved through oppression or conflict but through justice and fairness.

“In the last few years, the unilateral action in Kashmir has augmented the sufferings of the inhabitants. No one stands to benefit from taking away the freedom and rights of the Kashmiri people. The problem of Kashmir will not be solved by pressure or conflict. This can be solved only by justice and equality,” Erdogan said. The Turkish President’s remarks came 7 months after the revocation of Article 370 and Article 35A that had given a separate status to Jammu and Kashmir.

In his address, Erdogan compared the ‘struggle of Kashmiris’ with that of his country in World War I against foreign suppression. Drawing a parallel with the battle of Gallipoli which was fought in Turkey between the Allied Powers and the Ottoman Empire, which resulted in the loss of two lakh lives on both sides, Erdogan said that there is no difference between Gallipoli and Kashmir.

Erdogan, who is on a two-day visit to Pakistan, also declared Turkey’s support for Pakistan in its efforts to extricate itself from the Grey List of the Financial Action Task Force (FATF), that is scheduled to meet this week in Paris.

Earlier, in UN General Assembly, Recep Tayyip Erdogan had made a strident speech, supporting Pakistan’s stance on Kashmir while exhorting the world to focus on an issue that has not received adequate attention from the international community.

India had sharply reacted to Erdogan’s statement in the UN assembly, expressing “deep regret” over Turkish president’s remarks and categorically asking it to refrain from making statements on India’s “internal matters”. Turkey is among the very few countries that are supporting Pakistan on the Kashmir issue, while most other nations agree with India’s stand in the matter.