OpIndiabringing the \'right\' side of India
More
HomeOpinionsThe time is right for Uttar Pradesh to be divided into smaller states
Opinions
Updated: 23 June, 2020

Fertile land, productive terrain, natural water resources, large consumer base, political clout, rich culture, and an authoritative presence, in books of history- Uttar Pradesh (UP) has everything, that an administrative unit needs, to write its growth story. And yet, it continues to fall short of its development potential. If it were a separate country, UP would be the fifth most populous in the world. And yet, nowhere have the dividends from our demography been as low, as in UP. This points to a fundamental flaw in the state’s governance architecture.

According to the Ministry of Statistics and Programme Implementation, the per-capita Gross State Domestic Product (GSDP) of UP, is the second lowest, among all states and Union Territories of India. [1] Its growth rate is no better. At constant prices (2004-05), UP once again hits the rock bottom of the list, with a dismal 4.95% state-level growth rate. [2]

It comes as no surprise then, that its performance in social development indicators, is equally disappointing. Poverty alleviation statistics are a fine indicator of the success of long-term development, and UP’s failure in reflecting progress must be noted. According to a study by Reserve Bank of India (2013), with a total of 29.43% poor (BPL estimates), UP sits at the 20th position overall, way below the All India average of 21.92% (based on MRP consumption). [3]Niti Aayog’s estimates (given in the latest Economic Survey, tabled before the Parliament) tell the same story. The percentage of population, living Below Poverty Line, is estimated somewhere between 30-40 percent.[4]

The administrative challenge of governance

The administrative challenge of governing a state as big as UP, cannot be over-stated. With 18 Administrative Divisions, 75 districts, and more than one lakh villages, Uttar Pradesh holds the distinction of being the largest state, in any country of the world. By contrast, Bihar has 9 divisions, Maharashtra- 6, Assam-5, and smaller ones like Uttarakhand, and Haryana, have 2, and 4 divisions, respectively.

Delivery of governance happens through institutions of democracy, most of which run from the state capital. Travelling over 600 kilometres, to reach the state capital, makes no sense. It alienates the people from those governing them, and vice versa.

Capitals also have a ripple effect on the state economy. They constitute the definition of ‘good life’ in any state, and give its aspirational middle class, reasons to dream. As they expand, new centres develop, and efforts are made to connect far-flung areas to them. This, over a period of time, leads to widespread urbanization. Urban areas give people a better standard of living, and diversify the economy of the state across the three sectors, putting it on the path of all-round development. More states will translate into more capitals, which may all become centres of development, and lead to the revival of ancient cities like Varanasi, and Allahabad.

Despite of all odds, Uttar Pradesh has given to India- many industrial centres, some would argue. Firozabad is known for glass and bangle works; Varanasi for Handloom; Moradabad for Handicrafts; Kanpur for leather, an impressive Noida for IT, and so on. But the reality is that the state has failed to bring its traditional craftsmanship into the 21st century, and has lost its dominant industrial position, to other (smaller) states. Take Kanpur, for example. During the times of British Raj, it was known as the ‘Manchester of the East’. Those booming cotton mills, are now a thing of the past.[6] It comes as no surprise, that while India is doing all it can to revive its nearly extinct labour-intensive textile sector, countries like Vietnam, and Bangladesh have leaped on to the opportunity, and established themselves as the dominant players in this sector.

Determining the potential of a state

It is important to understand the potential of a state, when making state-wide comparisons. Many states in India are battling Left Wing Extremism, and Insurgency. Some others do not have the requisite political clout, and hence lose out on necessary attention, and revenues. Others cite lack of resources, and difficult, unproductive terrain as possible reasons for lack of social development, and economic growth. Uttar Pradesh qualifies under no such excuse, and that strengthens the case of its division.

In his book, ‘Thoughts on Linguistic States’ (Bhashayi Rajya), Babasaheb Amebdkar highlighted the ungovernable character of Uttar Pradesh, and suggested:

Culturally, geographically, administratively, and politically, it makes most amount of sense to divide the state into four parts. The formula was last given some political value by Mayawati, in the run-up to the 2012 state elections. The 75 districts of Uttar Pradesh, can be divided across four states:

This widely discussed formula, is the most ‘natural’ division possible; for it represents a sense of geographical contiguity, and cultural distinctiveness, which is hard to ignore.

Small States: The experience so far

Making small states, is not enough. Good, and stable leadership is essential to consolidate the gains, that such states are capable of producing. It is no surprise that Madhya Pradesh prospered over a period of time, after Chhatisgarh was carved out. The track record of Jharkhand is not equally convincing. Even so, the apparent under-performance of any state should not be seen as a failure of the ‘small state’ policy. If anything, a case should be made out of it, for strong and able leadership- the kind that Jharkhand has failed to produce, so far.

Another point to remember is that a decade and half, is not enough time to judge the impact. A good comparison can be made with, Maharashtra-Gujarat, or Punjab-Haryana, which were divided in 1960, and 1966, respectively. A comparison with these states also makes more sense because Uttar Pradesh, as argued previously, does not deal with day-to day insurgency that states like Jharkhand and Chhatisgarh face. The two account for nearly two-thirds of all the insurgency, prevalent in the country. A comparison with them is unfair, when discussing the merits of UP’s division.

That targeted governance fuels equitable growth, is a fact no one can ignore. Once divided, each consequent state of present-day Uttar Pradesh will be made answerable to its own citizens. The resources of Bundelkhand will, for instance, belong solely to Bundelkhand, and to no one else. Additional revenue support can be provided by the Centre, as and when it is needed, till the time the state finally becomes self-reliant.

Time to let go off the Nehruvian politics of division

The Congress party, post the division of Andhra Pradesh, has once again revived the old-age Nehruvian politics of dividing states, only when people’s movements are built around the said demand. Such a vision harms the cause of decentralised administrative governance. The argument that a division will lead to weakening of India’s unity, and integrity, does not apply; for it only carries some merit in states where secessionist movements are present. The ruling Bharatiya Janata Party (BJP), therefore, need not wait for a people’s movement to emerge.

BJP will be the biggest gainer; others will find it difficult to oppose the plan

Given that Mayawati advocated it in the last election, she will find it difficult to justify her opposition to a division. Samajwadi Party, which will be facing anti-incumbency, may find it tempting to have not one, but four shots at power. The smaller parties will be definitely on board; for they will see in division, the opportunity to hold greater sway, in a smaller state.

The biggest gainer will, however, be BJP itself. It can keep the dilemma of choosing a Chief Ministerial face aside, and go with not one, but four of them. Given the varied electoral arithmetic of the four regions, such a plan will help its electioneering. By making the division, the talking point, it can drive home the promise of development, even as it attacks the law and order failures of the Akhilesh-government, and benefits from the consequent identity politics. It should fight the election on the plank of division, win popular support, and then preside over it, only to initiate the process of division, by passing a Resolution in the Assembly.

There are two kinds of states. One, states which celebrate the size of their demography. The second category is of states that take pride in the rich dividends that their demography produces, no matter what its size may be. It is time, for Uttar Pradesh to bite the bullet, and be the one- that is known for realising the true potential of its demographic dividend. 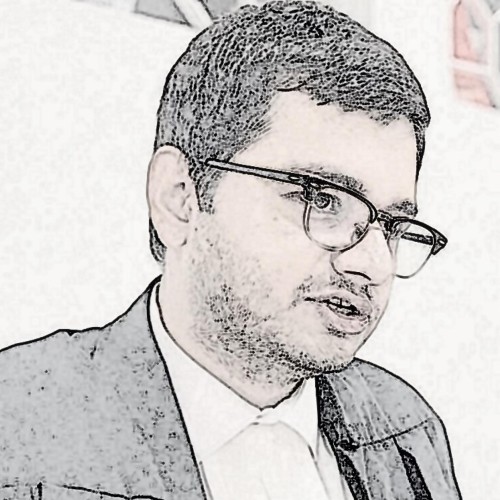 Nadav Lapid is known for being a Palestinian sympathizer.
News Reports

Liberals took to Twitter to blame the BJP IT cell after Israeli ambassador Naor Gilon apologised for Lapid's remarks.