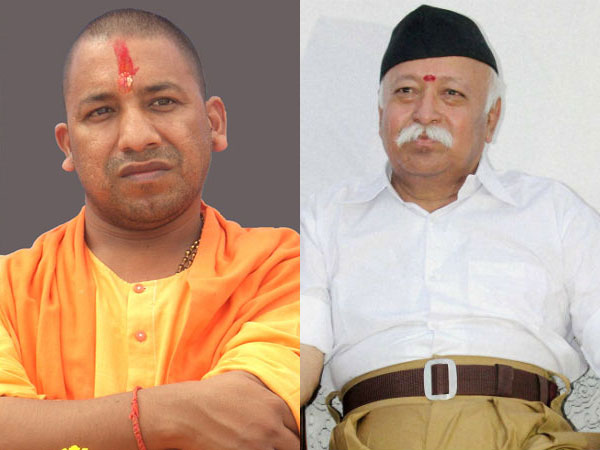 On September 29, 2008 bomb blasts took place in the Malegaon region of Nashik district of Maharashtra which resulted in 4 deaths and left 80 injured.

Soon Sadhvi Pragya and Lt Col Purohit were arrested in connection with the blast and as a result terms like  “Hindu terror” or “Saffron terror” was popularised after their arrests.

They continued languishing in jails till April and August 2017 respectively when Sadhvi Pragya and Col Purohit were given bail. This long incarceration of Sadhvi Pragya was also called into question by her lawyer who claimed that she should have got bail within half an hour.

Now Malegaon blast is again in the news after it has been reported that one of the blast accused named Sudhakar Chaturvedi alleged on Monday that, Mumbai Anti-terror squad (ATS) had falsely implicated innocent people in the named of “Saffron terror” and had also tried to frame then BJP MP Yogi Adityanath and RSS chief Mohan Bhagwat.

Chaturvedi who was released on bail after 9 years, alleged that the then Congress-NCP government had tried to frame Hindu activists in order to appease Muslim voters. As alleged by him, the investigators questioned him about Yogi and his organisation Hindu Yuva Vahini’s profile. He further alleged that the way they questioned him, it indicated that Yogi was their main target in trying to frame a prominent “saffron-clad” personality in the case.

It was also reported that during interrogation, the investigators also wanted to know Chaturvedi’s connections to the RSS and its chief.

Apart from such sensational claims, Chaturvedi has alleged that the accused were subjected to brutal torture. He also alleged that false evidences of a pistol and RXD were also planted against him by the ATS.

This isn’t the only time questions have been raised against the investigations carried in prominent terror cases.

We had recently reported how a Times Now expose had raised questions regarding a similar modus operandi in the aftermath of the Samjhauta blasts. Initial reports after the blast had suggested that they were the handiwork of the Pakistan based terror group Laskhar-e-Taiba. But later Indian investigative agencies drew a completely different conclusion to blame “saffron terror” outfits for the blast.

The recent media expose had alleged that Pakistani suspects who had allegedly planted the bomb were let off without any proper investigation under the UPA government. This raised questions as to whether these suspects were let off so that the whole “Saffron Terror” theory could be propagated.