Indian middle-class is setting the national vision: Limiting them to debates on tax benefits does more harm than good 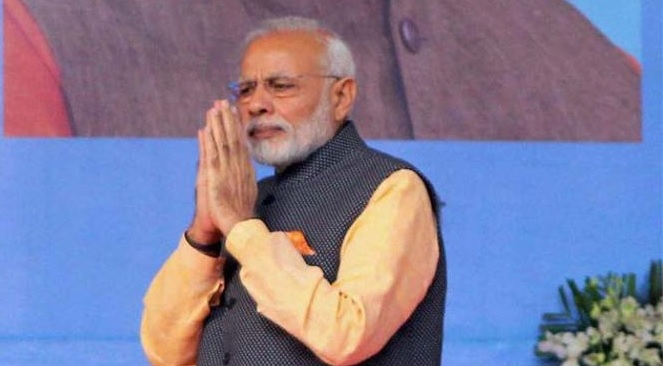 Before we begin to discuss the merits and demerits of the Budget SOPs for the Indian middle class, it is pertinent to understand that while conceptualizing the markings of a sizable group of hard-working, aspirational masses, it is almost impossible to establish its broad contours.

From being ignored entirely by the political class from their meta-narratives to being bracketed to budget tax considerations, the grand vision of the middle-class growth has been unable to take shape since the time India gained Independence. It was only in 2014 that the Indian middle classes began asserting themselves as a somewhat coherent block, rallying behind the twin issues of transparent governance and economic development. It was the result of this unique consolidation that the Modi government won a resounding majority and thus, ended the era of coalition politics and its compulsions.

Since then Prime Minister Narendra Modi has remained a popular figure among the aspirational class, making long-pending structural changes in a short span of four years with their firm support. The fact that the salaried and professionals continue to side with the development plank without the misgivings of the media, election after election, says a thing or two about the bond Modi has forged with them.

But is the connection between the Modi government and the middle class based on election rhetoric and cosmetic changes such as tax cuts the government offers? Are the tax cuts the primary motivation of the urban middle class to vote Modi to power or did they vote him to achieve a higher end?

If one were to analyse the nature of the Modinomics, it would become clear that it does not entertain quick fixes. Instead, it entails accelerating the pace of broad-based reforms that have a direct impact on all sections of the society over medium to long run.

In the past three and half years, the government has smoothly got India removed from the notorious list of fragile five and turned it into the most sorted league of one of the fastest economies in the world. She has jumped 42 points in the World Bank’s Ease of Doing Business rankings, indicating efficacy of large reforms initiated by the current dispensation. The latest figures provided in the Economic Survey 2017-18 show that Foreign Direct Investment (FDI) in the financial year 2016-17 had reached an all-time high of US $ 60.08 billion. The exponential rise of India’s economic fortunes is not a case of a good timing, but of a sustained momentum to make the environment more investment-friendly, which would ultimately lead to more higher-paying white collar jobs.

During the last leg of UPA 2’s tenure, the double-digit inflation had played havoc on the daily expenditure of the households. Controlling the spiralling price rise and keeping it in check has again shown prudent fiscal management, beneficial for the economy in general and the middle class in particular. With the inflation down, the lower interest rates, home loans have become cheaper. The goal of having your own house is increasingly becoming a reality. Better roads, modernisation of Indian railways, cheaper air travel and enhanced digital connectivity have made the lives of the middle class more mobile, in tune with the fast pace of a modern lifestyle.

Besides the economic measures, the government is heavily investing in ensuring a healthy citizenry. In the absence of any robust institutional support, the cost burden of medical exigencies is majorly borne by the people out of their own pockets, keeping them entrapped in the cycle of poverty and debt. 70 percent of healthcare expenses in India are incurred by people from their pockets, of which 70 percent is spent on medicines alone. In that sense, opening up of Jan Aushidhi Kendras that provide generic drugs to all sections of the society at a cheaper cost, bringing down the prices of corollary stents and kneecaps and now provisioning for a health insurance cover of Rs. 5 lakh per year for every family is proving the age-old adage the government seems to be following- “Health is Wealth”.

New IITs, IIMs, medical colleges are de-congesting the already burdened higher institutions. Such merit-based institutions are the nerves of a burgeoning middle class that aspires for nothing less than the best. In the budget 2018-19, the government has committed Rs. 85,010 crore for improvement of education in the country. It will not be wrong to conclude that the government is creating wealth out of healthy citizens and turning them into an asset by skilling them.

As per the Economic Survey 2017-18, since demonetisation, there has been a significant expansion of tax base. Though the number of new taxpayers increased by 10.1 million post demonetisation, it still remains far from the expected percentage of 23 percent. Such a situation provides little room to play up the taxes for a government presiding over a large population still deprived of basic necessities. In order to end the cycle of perpetual poverty, the government needs to invest heavily in social sector reforms as well as create infrastructure resilient enough to face any eventualities that arise in the future.

Though the salaried class have not received any tax relief in the fifth budget of the Modi government, that does not mean that their contribution to the nation building is left unacknowledged. The current metric of “Ease of Living” adopted by the government to measure its progress, precisely takes into account the number of obstacles it has been able to do away with to smoothen the road for the citizens to soar.

The endearing nature of the Indian middle class is that it is relentless in its pursuit. It does not wait for the government of the day to offer them a way out. They deliver despite systematic hurdles. The Modi government reading the writing on the wall is working to remove these institutional barriers and put a premium on honesty, which directly benefits the middle class. A block as wide as Indian middle class with diverse choice and needs cannot be limited to tax relief and discounts. In fact, such an assertion does more harm than good. It devaluates the unparalleled contribution of the Indian middle class in India’s growth story and limits their economic leverage to a few tax benefits.