Pakistan humiliated : PM Shahid Khaqan Abbasi frisked like a commoner at US airport 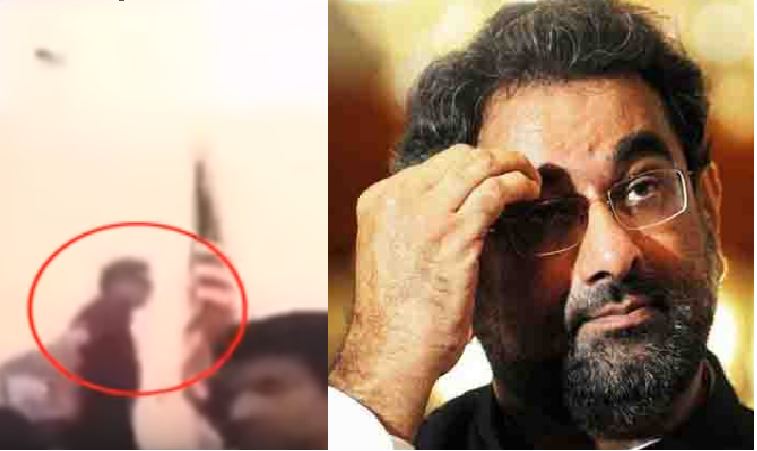 Pakistan PM has been checked at a US airport while on a private visit to meet his ailing sister. He was checked like a common citizen. The Prime Minister also met the US Vice-President Mike Pence on an unscheduled meet. Reports suggest that he was told that Pakistan must do more to curb terrorism.

Twitter users mocked the Pakistan PM for this check as it was considered a humiliation for any leader of a country.

I Apologise To People Of Pakistan On Behalf Of US President Donald Trump. If Strip Search Of Pakistan PM #ShahidKhaqanAbbasi Makes You Angry, Kindly Donate To AAP. We Also Accept Coats, Shoes And Belts.

This was seen as a decline in respect for Pakistan in the world.

Pakistan Prime Minister #ShahidKhaqanAbbasi was abased down to any regular person at the John F. Kennedy airport in New York, as viral videos on Youtube show Abbasi being frisked during the security procedure. This is what they have been reduced to by entire world.

Some users saw it as Karma’s work in exchange for treatment given to Kulbhushan Jadhav’s wife and mother.

Whether this was a deliberate move by the US or an aberration is still unclear. This has seriously damaged the little reputation of the Pakistani Prime Minister on the world stage. At a time when the US-Pakistan ties are at its worse, this incident would probably deteriorate things further with the United States demanding Pakistan’s firm action against terror havens and Pakistan refusing to do so.

The United States has also recently imposed sanctions on 7 Pakistani companies for links with nuclear trade crushing any hope that the country had to make it to the elite Nuclear Supply Group (NSG).

Perhaps this incident will convince Pakistan to buckle up and act on state-sponsored terrorism, but we are not holding our breath.