#MeToo: ‘Will Congress paper throw him out’? Asks former employee of National Herald and victim of harassment

India has seen several harrowing tales of sexual harassment surface recently. After comedians and actors, women started outing powerful Editors and colleagues from the media fraternity. In fact, some even stepped down from their posts.

Now, a former employee of Congress mouthpiece National Herald has spoken up narrate her tale of workplace harassment. 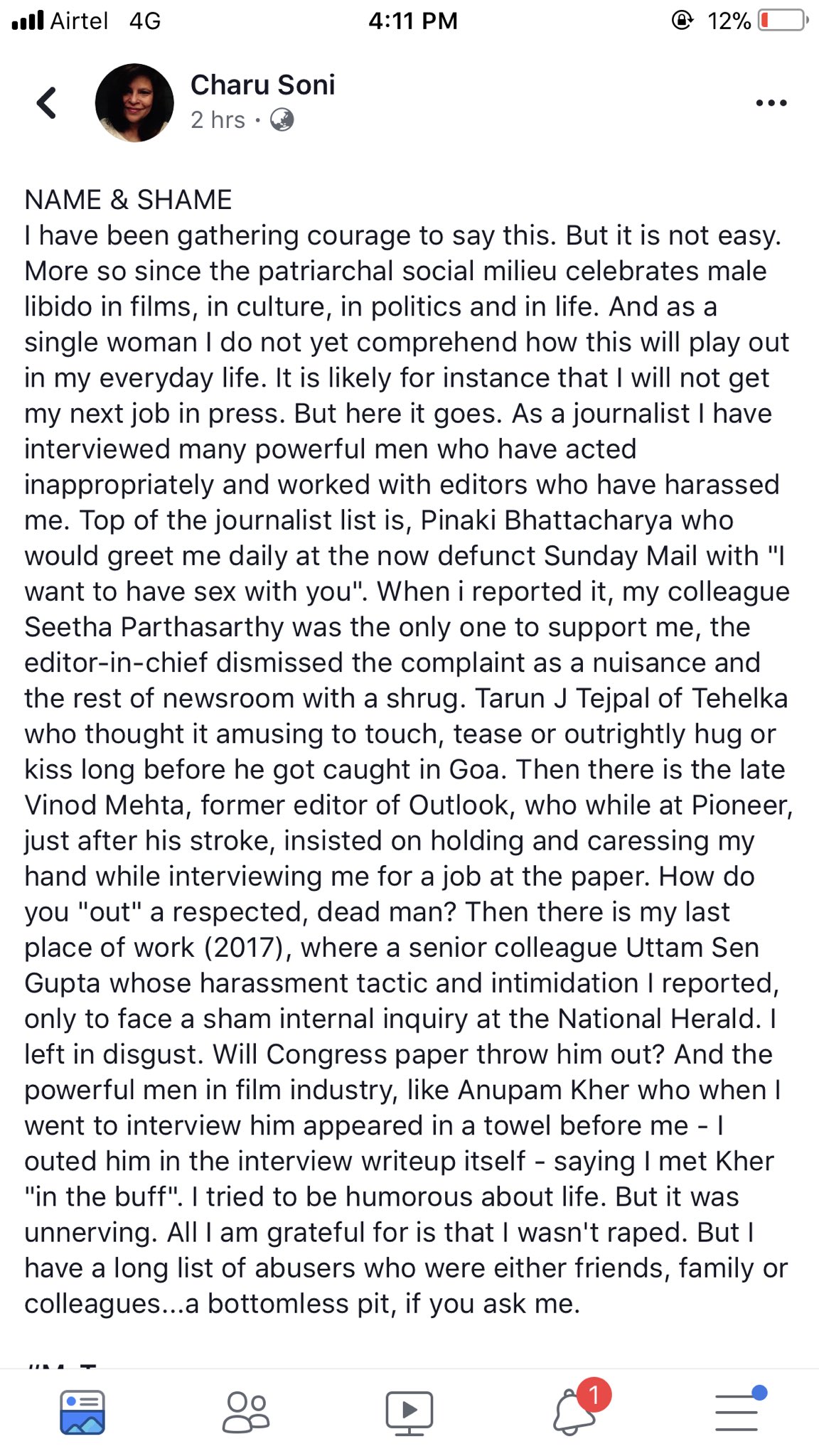 She has written about how Pinaki Bhattacharya of the now-defunct Sunday Mail used to ask her if she wanted to have sex and how her complaint was shrugged off as something which is normal in newsrooms.

She has also written about how Tarun Tejpal, who was protected by most of the left-liberals before he got caught in Goa like to kiss, hug or touch women employees. The now deceased Vinod Mehta had alleged caressed her hand constantly while interviewing her for a job. The victim has also alleged that she reported his harassment and intimidation tactics following which a “sham internal inquiry” took place at National Herald. Considering Uttam Sengupta still works at National Herald, no action was taken against him and the victim “left in disgust”.

She has also asked whether Congress would now throw Uttam Sengupta out. Interestingly, Sengupta has been retweeting a bunch of #MeToo tweets recently but most of his colleagues, friends and Sengupta himself have kept quiet about these allegations against him.

Not too long ago, Congress IT Cell member had also been accused of sexual harassment. The victim, in that case, had said that she did not expect justice from Divya Spandana, the Congress IT Cell head. Divya had, in turn, had supported the accused wholly. It was only obvious that the so-called internal inquiry was set to be a sham. Chirag, the accused, was later arrested.

The Congress party president who talks constantly about women empowerment even in unrelated events hasn’t spoken up and neither has National Herald issued a statement. We will update the article as and when a statement is made either by the publication or the accused.