He is known for spreading fake news and images regularly. However, after our exposé on viralinIndia.net, the website has been shut down. 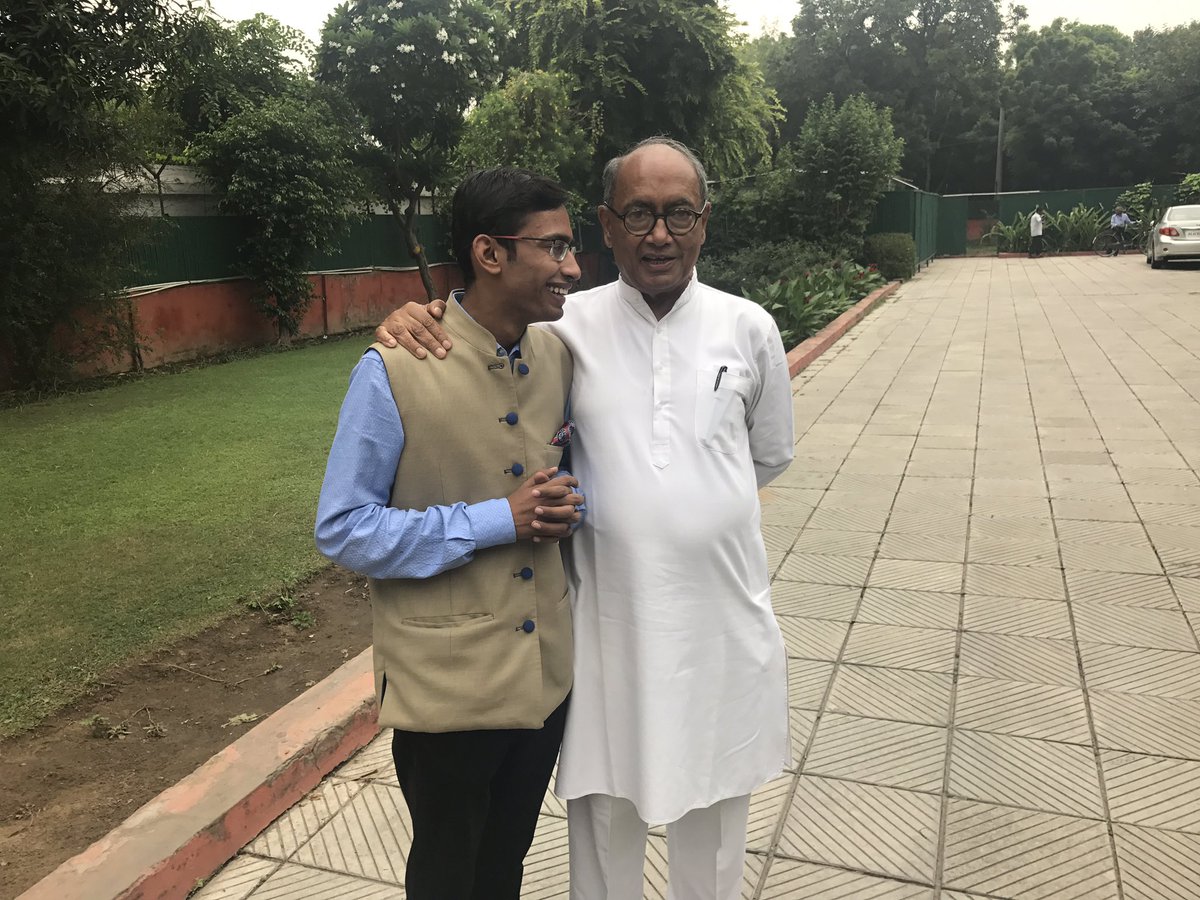 In August this year, we had exposed how Congress supporting troll Abhishek Mishra, was running a fake news website with an anti-Modi and pro-Islamist propaganda. He is known for spreading fake news and images regularly.

However, after our exposé on viralinIndia.net, the website has been shut down. On 12th November, after Twitter head Jack Dorsey met Congress President Rahul Gandhi to talk about ‘fake news’, it was not only Rahul Gandhi who spread fake news. Congress supporting troll who has shut down his website is busy spreading fake news on Facebook. Like the one where he claimed that Jack has endorsed Rahul Gandhi as PM for 2019.

These pages are full of random memes and jokes thrown alongside the fake news. One such post claims that the petrol price in Madhya Pradesh has reached Rs. 90 per litre.

Bhopal is the capital of Madhya Pradesh, and petrol prices would be reflective of petrol price across the state.

The page also regularly shares posts from “Congress for Madhya Pradesh” Facebook page, a Congress fan page with over 2,30,000 likes.

OpIndia reached out to ViralInIndia.net for their response. We asked them why their website is not accessible.

The web page is temporarily shut down as the team is busy ‘covering the election’.

That reason in itself is extremely interesting. Websites generally “cover elections” to publish reports for their readers. It is intriguing that this website was actually taken down to ‘cover elections’. it is thus reasonable to assume that they are not “covering elections” for the sake of their readers.

One wonders whether it would then be safe to assume that the Congress-supporting fake-news peddler has now offered his services to Congress for the upcoming elections in Madhya Pradesh? And while the web page is down, their Facebook page continues to spread lies and fake news.