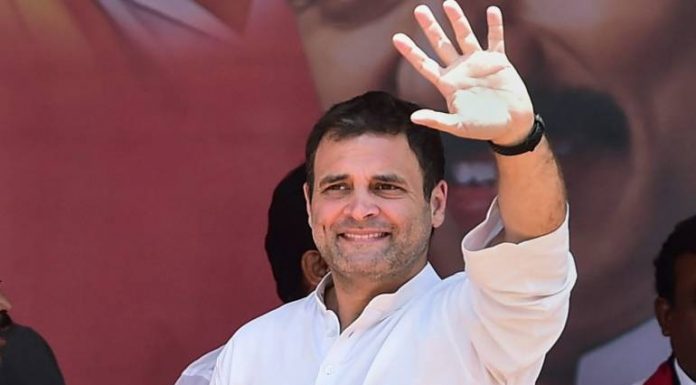 In a major relief for Rahul Gandhi, his nomination papers for contesting the Lok Sabha election from Amethi in UP has been found valid. The returning officer of Amethi found no problem with the documents submitted by the Congress president.

Scrutiny of Rahul Gandhi’s nomination was originally scheduled on 20th April, but after receiving objections, the same was postponed till today. Four persons, including an independent candidate from Amethi Dhruv Lal, had objected to the nomination, citing dependencies in his educational details and alleging that Rahul Gandhi is a foreign national and he holds passport of a foreign country.

Rahul Gandhi’s lawyers had sought time from the Returning Officer to submit their responses to the objections, and they were asked to submit the same by today. Lawyer KC Kaushik said that Rahul Gandhi was born in India and he holds an Indian passport, he never took citizenship of any other country. He asserted that Rahul Gandhi has an Indian passport and voter ID, and he pays income tax only in India. He denied allegations that Gandhi had paid income taxes in the UK. 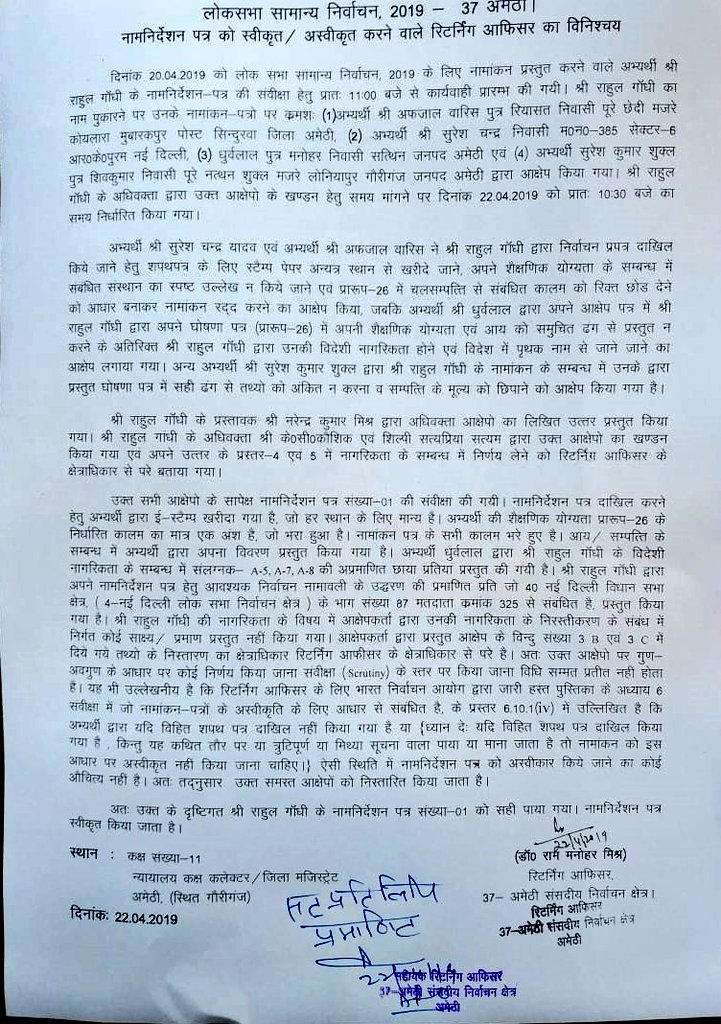 Advocates KC Kaushik and Shilpi Satyapriya Satyam represented Rahul Gandhi in front of the Returning Officer, and submitted responses to the objections raised. The returning officer in his order noted that all columns in the Form were properly filled, including the educational details. Regarding foreign citizenship, it was noted that Rahul Gandhi a voter from 40 New Delhi legislative constituency and necessary documents have been submitted as evidence of the same. It was also noted that the petition did not submit any evidence to prove that Rahul Gandhi holds foreign citizenship.