Dr Anand Rai wanted to contest the 2018 Madhya Pradesh assembly elections on a Congress ticket which was denied, but he maintains a close relationship with senior Congress leaders 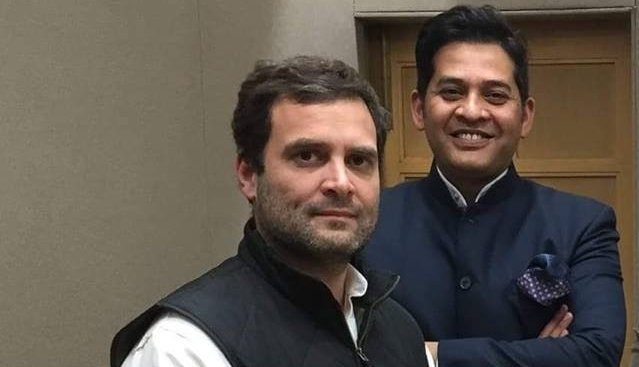 Dr. Anand Rai, who is known as a whistleblower of the Vyapam scam in Madhya Pradesh, posted the copy of a medical test report yesterday on his verified Twitter handle. Dr Rai is close to senior Congress leaders, who wanted to contest Madhya Pradesh assembly elections in 2018 on a congress ticket.

In the medical report that he posted on Twitter, the name of the patient is mentioned as Acharya Balgovind Ji, and the report indicates that urine test of the person is positive THC (Tetrahydrocannabinol), which is an active ingredient of Marijuana.

Dr. Anand Rai used this report to claim that an associated of Baba Ramdev consumes cannabis. But the fact is, there no well-known associate of Ramdev with the name Acharya Balgovind. The most well-known associate of the yoga guru is Acharya Balkrishna, who is the chairman of Patanjali Ayurved. The doctor deliberately used the medical report of a different person with an obvious different name in an attempt to malign the entrepreneur.

It may be noted that while the language used by the doctor indicated an insulting tone, a large number of sadhus in India use cannabis, mostly the devotees of Shiva. It is possible that the Acharya Balgovind mentioned in the test report is one such devotee. The report is from AIIMS in Rishikesh, an area where a large number of Sadhus live. This means the doctor is insulting all such sadhus who consume cannabis as a religious practice.

Most importantly, Medical test reports are considered confidential documents, and this activist-politician-doctor has violated norms of the medical profession by posting the report on a public forum without the consent of the actual patient, just to insult someone else.

Dr Anand Rai wanted to contest the 2018 Madhya Pradesh assembly elections on a Congress ticket, but the party had denied him a ticket. Although he was denied the ticket, he maintains a close relationship with senior Congress leaders, and his Facebook page is a testimonial of that fact.

Former Indian cricketers Harbhajan Singh and Yuvraj Singh are voicing their support for the Shahid Afridi Foundation despite the fact that the Pakistani cricketer on numerous occasions has made crass remarks about India and Hindus.
Read more