More
Home Politics It is Shiv Sena's turn now, but the anti-Modi fever has ruined many a...
Editor's picksFeaturedOpinionsPolitics
Updated: 29 November, 2019

It is Shiv Sena’s turn now, but the anti-Modi fever has ruined many a political careers

Somebody out there is foolish enough to forget their own limitations. They have delusions of grandeur and start going around telling people they will conquer Modi.

So it is official. The “hate BJP at all cost” club in Indian politics has a new member. Shiv Sena. 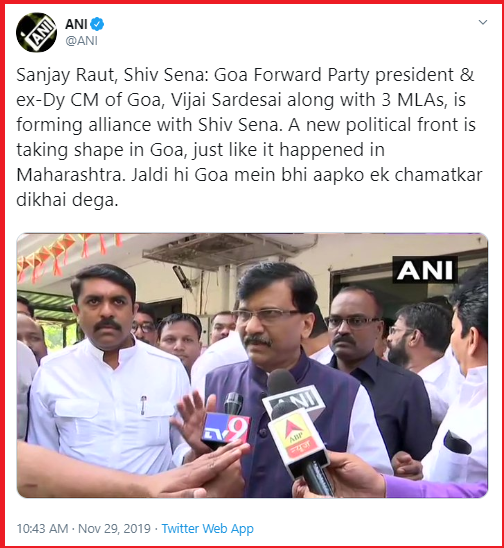 Governing a state like Maharashtra is no easy task. That too when you are saddling a rather dubious mandate and “alliance” partners who are just waiting to trip you at the next available opportunity. But the Shiv Sena doesn’t have a care in the world. Their hands may be full, but their minds are occupied elsewhere. They want to fish in troubled waters of Goa politics. I think Sanjay Raut even indicated that they have one eye on the BJP’s throne in Delhi.

I don’t know if Shiv Sena has been paying attention to Indian politics in the last five years, but it would be unsurprising if they have not. 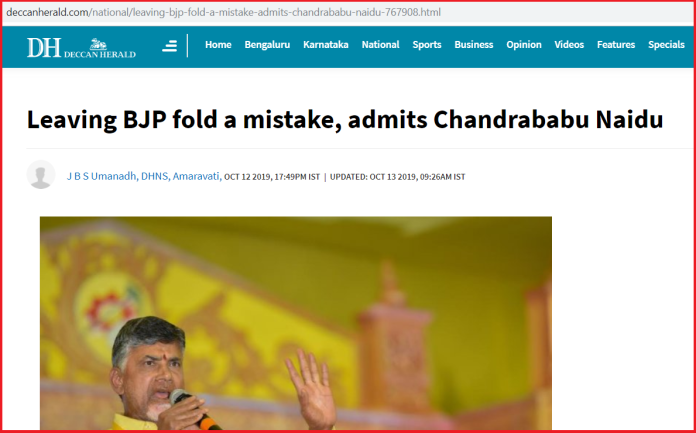 Not long ago, it was Chandrababu Naidu who saw himself as the axis of all anti-BJP forces. Hating and ranting his way against BJP. Now he is trying to pick up the pieces of his political career and cursing the day he made the biggest mistake of his life.

In his victory speech on May 23, Amit Shah taunted Naidu in these words: the amount of hard work he put into hating BJP, if he had put a little bit of that into campaigning, his party might have opened its account.

Read: Human Bombs to Forced Sterilization: Here are 10 things Congress must clarify its stand on now that Shiv Sena is its trusted ally

The thing is, Naidu enjoyed power along with BJP for four years. In fact, in the 2014 Assembly election, the vote share gap between TDP and main rival YSRCP was just 0.4%. In other words, without the Modi wave, Naidu might not have come to power at all.

Then, in the final year of his tenure, Naidu worked himself into a rage, decided to blame BJP for all his failures and hoped people would buy his excuse. Obviously, they did not.

Here, Shiv Sena betrays the mandate of the people. Then goes running around the country trying to take down Modi instead of performing at their new job, which they didn’t even deserve in the first place. If Sena thinks people will be forgiving …

Before Naidu, there was Mamata Banerjee who crowned herself Modi’s arch-rival. Just like Naidu, Mamata Banerjee didn’t have to take up the mantle. Her main opposition was the CPIM, which she had fought her whole life. But the urge to take on Modi was too strong. She couldn’t accept her limitations.

The result? BJP rode her anger straight into West Bengal. All the way to 18 Lok Sabha seats and a near 40% vote share. Now, Mamata Banerjee is trying desperately to keep her political career afloat as a rising BJP threatens to take everything away from her.

There have been others: Arvind Kejriwal, Nitish Kumar, Akhilesh Yadav. Even some who were barely politicians like Hardik Patel or Kanhaiyya Kumar. They all wanted to take on Modi and destroy him.

They only managed to bring ruin unto themselves.

A curious and familiar phenomenon appears to play out here. Let me call this “anti-Modi fever.”

Somebody out there is foolish enough to forget their own limitations. They have delusions of grandeur and start going around telling people they will conquer Modi.

Immediately after, a crowd of liberal hopefuls collects around them. From New York to New Delhi. Suddenly they find themselves being showered with praise such as ‘youth icon’, ‘savior of democracy’ and the like. The praise goes to their head; reinforcing their delusions.

Without achieving anything, they set out to question the “arrogance” of Modi/Shah. Totally oblivious to how arrogant they sound themselves.

Then, reality (Modi) strikes. The victim of anti-Modi fever is left with nothing. Their liberal cheerleaders move on as well, searching for their next hope.

Over the last six years, anti-Modi fever has claimed the careers of many politicians across the country. Seems it is Shiv Sena’s turn now.

After getting vaccinated himself, Rakesh Tikait says the Modi government will be responsible if farmers get COVID-19

How China’s ‘Re-education through labour’ policy put minorities in labour camps even before the Uyghur crisis: About the Masanjia camps

The letter went into detail about the conditions at China's Masanjia Labor Camp, including the gruelling hours, verbal abuse and physical abuse

From sitting on upturned dustbins to photo ops at crematorium grounds, Barkha Dutt gets questioned for her ‘vulture journalism’

While the situation on ground is indeed grim, people on social media have been calling out the dramatics by journalists who could have perhaps focused on the news instead of their brand building.

Maharashtra FDA minister embarrasses his own govt and alliance leaders, says his ministry had approved Remdesivir procurement by BJP

With the COVID-19 pandemic, journalists have screamed "Beware of the Ides of March" to anyone who would listen - Barkha Dutt for example.

Comedian Rohan Joshi tells Bhakts, "I have nothing but contempt for them and nit a shred of empathy" as he mocks Coronavirus deaths
Read more
News Reports

Filmmaker Hansal Mehta challenges for free flight tickets to Pakistan but goes into hiding after Twitter user provides it. Read what happened

Hansal Mehta's flight to Pakistan via Dubai is scheduled for 20th April, 2021. We shall keep you posted if Mehta goes to Pakistan or will he register his name in long list of paper tigers.
Read more
News Reports

Police have booked and arrested a Delhi couple after the duo misbehaved with the personnel over masks. The video went viral.
Read more
News Reports

250 ventilators sent by the central government to Punjab for use in government hospitals were lying unused till late March.
Read more
Opinions

You will never see them questioning how many mosques have opened up their gates as medical facilities. Because, everyone likes to keep their heads.
Read more
- Advertisement -

After getting vaccinated himself, Rakesh Tikait says the Modi government will be responsible if farmers get COVID-19

‘Farmers’ to march from Punjab to Delhi amid Covid surge, Yogendra Yadav says they will not let govt quell the protest in the name...

India Today shares prescription medicines containing steroids, which could be fatal for some, for ‘home treatment’ of Covid-19

No lockdown in UP yet: Yogi Adityanath on action mode, list steps taken to curb Chinese coronavirus pandemic

How China’s ‘Re-education through labour’ policy put minorities in labour camps even before the Uyghur crisis: About the Masanjia camps