Opindia contacted the Gangwad police station to find out the truth, where we learnt that the matter was not communal at all. 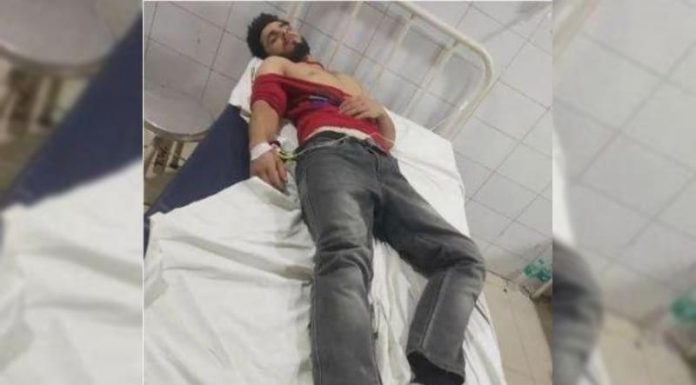 Tahir Majeed, Bilal Ahmed, Ishfaq Ahmed and Mohammad Ali of Mewar University in Chittor district, filed a case against some other students at the Gangwad police station. They accused some students of Bihar of assault. Among the accused are three Muslim students from Bihar. However, media reports made it out as if it were a series of ‘continuous attacks on Kashmiri students’.

The Quint also based its report on the fake report published by The Wire and gave it a communal colour.

Four Kashmiri students were thrashed by fellow students from Bihar, at Mewar University in Rajasthan’s Chittorgarh.https://t.co/A5uxPZVexo

Soon, politicians, too joined in spreading the fake news.

The Gehlot government in Rajasthan must strictly deal with the culprits and ensure that such incidents are not repeated.
The central government must ensure the security of Kashmiri students in the country especially in the BJP ruled states. https://t.co/ODhaBQ9MSI

This minor dispute was ended by the University Dean. After this, again a group of Kashmiri students started fighting. In response, students from Bihar also attacked and the two fought each other. It had nothing to do with his being a Kashmiri nor being a Muslim. According to Dainik Jagran’s report hundreds of Kashmiri students study at Mewar University and separate hostels have also been arranged for them. Other Muslim students are also housed in those hostels.

Read: Solicitor General cites OpIndia report in SC to debunk misleading report by IndiaSpend and The Wire on Kashmir

OpIndia contacted the Gangwad police station to find out the truth, where we learnt that the matter was not communal at all and neither were the students targeted for being Kashmiri. Gangwad police station made it clear that both sides are Muslims in this case, so there is no question of it being communal. The police categorically denied the report of The Wire, in which Bihari students have called Kashmiri students as terrorists. Police said that no one called Kashmiri students a terrorist during the quarrel. The Police termed it as a mutual dispute between students.

Mewar University also denied that the whole episode was communal. Talking to OpIndia, University Dean CK Sharma said that it is being misrepresented in the media. In reality, it was a matter of dispute between the students, which reached the police station. The Police told OpIndia that there was an argument between the students in the hostel mess about something and afterwards, it took a violent turn. While ‘The Wire’ quoted Bilal as saying that he was called a terrorist. The question arises that why wasn’t this mentioned in the FIR?