Rohith’s suicide note: What the leftists don’t want to read 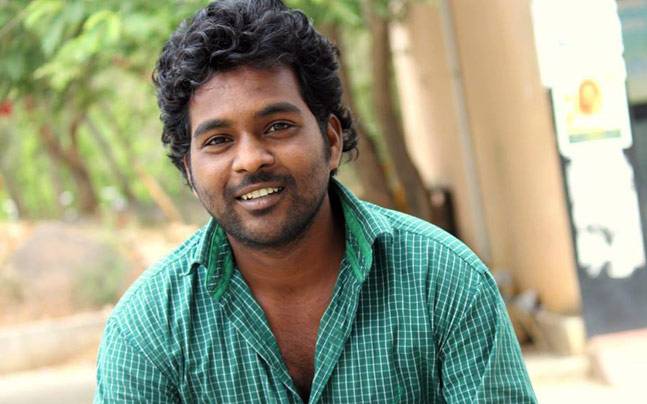 Before moving to my opinion, just read this quote from Carl Sagan, like whom Rohith Vemula wanted to become, a writer.

“In science it often happens that scientists say, “You know that’s a really good argument; my position is mistaken,” and then they would actually change their minds and you never hear that old view from them again. They really do it. It doesn’t happen as often as it should, because scientists are human and change is sometimes painful. But it happens every day. I cannot recall the last time something like that happened in politics or religion.” Now, I personally always believed that politics should have been kept far away from educational institutes. Left has mostly misused the rational intellect as their political tool to water their ideology, to reach masses, a dangerous method which has now become a tradition and in some way has led to the death of Rohith.

The mixture of academics and politics has caused adultery in the purity of knowledge.

When politics & academics are combined, it leads to compromises, even when things are holy from either side. Let alone the fact that Indian politics is rather a ruler above academics. And the Left has been a real nuisance in politicking with academics.

Rohith’s suicide seems a disagreement of scientific mind with political one. He must would have faced a lot of casteism in his life, so it seems less feasible that someone a brilliant & rational like him can do suicide merely for being suspended or being called casteist or an anti national, when he had seen tougher days in terms of hard work he invested to reach there.

His half owned political ideals of SFI, which he compromised with his scientific mind, was more of a curse for him to have instigated him to commit suicide, which can be evidently derived from his last letter, where he points out that the man’s value was reduced to nearest possible vote and was never treated a mind. This point puts onus upon the SFI section on the very first instance, then moving to right wing.

His letter gives some references, crafted in poetic tone, which is being deliberately ignored by the left, which puts onus of explanation upon them.

“I have no complaints on anyone. It was always with myself I had problems. I feel a growing gap between my soul and my body. And I have become a monster. I always wanted to be a writer.”

That no complaint is actually a reference to the problems of politics being involved as a whole in academics. To say, he never blamed anyone rather called himself a monster and had problems with himself, so it is in some way referrence for choosing SFI, which in itself is so very pseudo-secular, which uses academic intellect every time to suit its political ideals. And that growing gap is surely the despondency & emptiness he felt due to dreadiness of every political wing including SFI. The emptiness of being unable to understand what, rather who is right? He actually wanted to be a writer and not do political mismanagement.

“I loved Science, Stars, Nature, but then I loved people without knowing that people have long since divorced from nature. Our feelings are second handed. Our love is constructed. Our beliefs colored.”

The man who loved pure nature or science, fell in love for people with adulterated political ideals. Who are they? Certainly not right wing. But yes, the left SFI. Feelings second handed. Yes, not from within but taken from other people, compromising our own ideals. Beliefs colored. Yes, colored in the political wing we compromised with.

“The value of a man was reduced to his immediate identity and nearest possibility. To a vote. To a number. To a thing. Never was a man treated as a mind.”

In pure political context written, this emphasizes the misuse of socio-economically backward people, by every political section for nothing more than a vote or number of votes. Even those people, who are rather the light of the society, the intellectuals, who over the years have been used as political tool, not as the soul of society. Ironically, he fell under the same category, to be misused by left SFI. As I pointed out in the beginning.

“My birth is my fatal accident. I can never recover from my childhood loneliness. The unappreciated child from my past.”

The reference towards his casteic childhood. The forced seclusion from the society. Our society, we are responsible as a whole.

“May be I was wrong, all the while, in understanding world. In understanding love, pain, life, death. There was no urgency. But I always was rushing.”

When can one be wrong in understanding the world? What was he rushing for?

Perhaps taking up a political ideology, which turned into a disagreement of his scientific mind with political one, for which he compromised with his own rational ideals of science, nature, stars. And then realized his urgency, his rushing into taking that decision. And then in turn understanding that any political ideology is really not rational. Not a single one.

“I am not hurt at this moment. I am not sad. I am just empty. Unconcerned about myself. That’s pathetic. And that’s why I am doing this.”

Just empty, a person feels empty because either he has no more desires, or he understands that nothing is like the way he expects to be. So he finds nothing good, so either the onus of his despondency falls upon everything or to be politically correct, on nothing.

One has to understand that a suicide is committed due to continuous regressive attitude, not one decision or event. Whoever be the culprit, the truth cannot be ignored that the Left itself has misused so much of rational intellect that any deprived person can take some sadistic decision for himself. Though the letter does not mention specifically responsible attitudes from anybody but it gives a sense that the politicking in academics has led to this, and the Left is no less a culprit. The high positions acquired by pseudo secular Brahmins in the Left have themselves done no good to their socio economically backward section, just for political misuse.

For the past 34 years the Left mindest in Bengal has ruled the academics. As a result of which, now Bengal sees no debate for national interest. All they debate is political ideology.

Why it has happened that despite being biggest democracy our academics are not top class? Well that is mainly for the fact that our academics never had independent mindset to research. Their works were always structured around political framework. Of them real cult has been left wing.

Romila Thapar carried on with false Aryan Invasion Theory for long, only for leftism. The IIT Madras students with affiliation to left wing protest regularly, moving away from core agenda of tech studies. The political wing in universities is basically to control research & analysis as per their own political benefits. And perhaps this mismatch of science & politics and him being used as a political tool for SFI were among primary causes for his suicide.

JNU controlled by left, regularly refutes any academic point in favour of right. Protest of Subramaniam Swamy’s seminar is a perfect example.

My argument would be incomplete without saying that these are not only students with political wing but professors as well, after all these are the students who become professors.

As a dropout of Presidency University, Kolkata, I have seen the Left mentality in a section of students, who will frame any academic narrative in their political perspective.

Any rational student would want to keep research & politics miles away. And a scholar like Rohith would want to do that but when he observes the rouges in politics & academics together being fed up by the casteic wrath, he will feel broken. That is where things go wrong.

Nothing is as simple as it may look. MSM ignores many crucial points. There are claims that Rohith was not a dalit but an OBC. He faked his identity to get admission. He is affiliated with SFI. How is it not possible that he was rather betrayed by his own affiliation? He did say that he fell in love with people without knowing them.

Now when the nation has lost a scholar, I will end my argument by quoting the very same quote I quoted at the beginning.

“In science it often happens that scientists say, “You know that’s a really good argument; my position is mistaken,” and then they would actually change their minds and you never hear that old view from them again. They really do it. It doesn’t happen as often as it should, because scientists are human and change is sometimes painful. But it happens every day. I cannot recall the last time something like that happened in politics or religion.”