OpIndia
Home Politics Narendra Modi has forgotten the 2014 elections, and this is why he has done that
OpinionsPolitics

Narendra Modi has forgotten the 2014 elections, and this is why he has done that

Modi is working not to repeat 2014, but to ensure that 2004 is not repeated. And he appears to be on the right track, with much needed help from his haters. 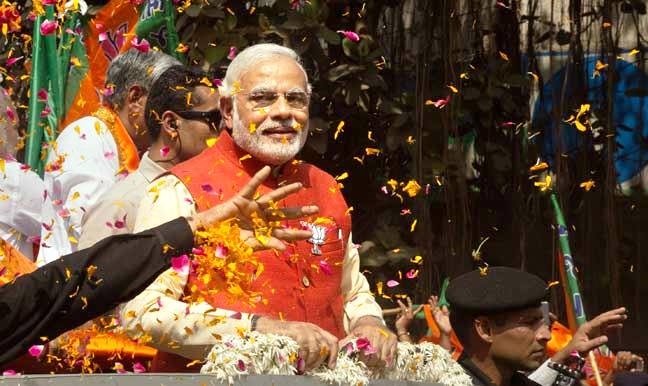 In May 2014, Narendra Modi recorded an unprecedented victory in the history of contemporary India. I have deliberately called it a Modi victory rather than a BJP or NDA victory, because it indeed was victory of a personality called Narendra Modi.

While hardly anyone gave Congress any chance of it returning to power, and some people talked about Modi wave, no one knew about this Modi tsunami that would eventually strike the motley of pollsters, “intellectuals”, and of course, the Congress party.

People just couldn’t stop talking about 2014 after the results were out. Well, even otherwise it was a hotly debated election, but the results made it burning hot. How it happened, why it happened, does this change India forever, and all kinds of things were discussed.

Whether Modi haters or his ‘bhakts’ – both love to go back to the last general elections, and remind or warn each other that it will repeat or it will not repeat in 2019. Books were written and are still being written about the 2014 elections.

It’s been around 30 months now, but it appears that most people can’t get over the 2014 verdict yet.

Except one man – Narendra Modi himself.

He came, he saw, he conquered. And he has moved on.

He doesn’t open YouTube to watch the dejected faces of NDTV anchors or of likes of Rajdeep Sardesai discussing the 2014 mandate and feel good about it.

Okay, that sounds a bit too childish for a Prime Minister to do, but what if I told you that he has almost forgotten 2014? That he is not making policies based on the 2014 mandate. And that he is not looking to repeat 2014 at all.

Because of the simple reason that he will not be a challenger in 2019. He will be the incumbent. 2014 factors will not repeat in 2019.

But there is another election that he has in mind – that of 2004. When BJP government led by Vajpayee lost after everyone thought Atal Wave was intact.

It’s rather surprising that 2004 election results didn’t see as many books or debates germinating out of it as 2014 could. Perhaps those who like to write books were busy celebrating BJP’s defeat. In fact, Arundahti Roy literally said that darkness had passed and it was time for celebration.

Journalists might have got too busy with celebratory parties or with getting a new union cabinet formed – a hitherto unknown journalistic role that people discovered thanks to Niira Radia – so 2004 didn’t see the kind of microscopic analysis 2014 has seen.

Nonetheless, there were some analyses and conclusions that are largely accepted by all:

And these are the factors that Narendra Modi will be keeping in mind when he thinks 2019, rather than getting stuck on to what happened in 2014. So while the 2014 mandate might look like a directive for Modi to go aggressively after Gandhis and to make more and more free-market policies, his policies will be decided by what happened in 2004.

The political incidents in 2014 and 2015 would have only strengthened this belief that the challenge before Modi is not to repeat 2014 but to stop the repeat of 2004. Because the usual suspects are repeating, purposely or pavlovianly, what they did to Vajpayee.

There were cries of “rising intolerance” during Vajpayee too, when “fringe groups” disturbed shooting of a movie Water, incidentally with screenplay by Anurag Kashyap of “btw, Bharat Mata Ki Jai” fame, and HRD Minister Murli Manohar Joshi was accused of interfering with educational institutes just like now they are accusing the Modi govt of stifling universities.

While the above two criticisms are good for TV debates and op-eds in New York Times, in 2015, BJP did face defeats first in Delhi and then in Bihar. The defeat in Bihar would have especially hurt Modi because he was the chief campaigner there.

Apart from a formidable opposition that had allied as ‘mahagathbandhan’, what hurt BJP was the constant messaging by the Janta Parivar that Modi was working only for the rich, for Ambani-Adani (something I had touched upon in my article after Bihar assembly results). Basically the same “aam aadmi ko kya mila” taunt that brought down BJP in 2004.

Today, the government announced that the there will be surcharge on tax and penalty on unaccounted deposits, exclusively to be spent on welfare schemes for the poor. Not only that, 25% of such deposits will be locked in for government’s anti-poverty scheme.

If the government can achieve what it is aiming for in shape of these welfare spends – which is not exactly right-wing free-markets economics that 2014 supposedly voted for – Modi will be able to do what Vajpayee couldn’t do i.e. to convince the poor that the government is working for them.

And this is why the opposition is rattled the most. They too understand that Modi is trying to stop the repeat of 2004.

In 2004, there was stampede in Uttar Pradesh when poor women rushed to collect free saares distributed by BJP. That was not India Shining. Modi is working to stop repeat of such errors. As of now, such images have been seen only in Rahul Gandhi’s rallies, where fortunately there has been no stampede but poor people can be seen rushing to collect free cots (khaat). That’s indictment of Congress’ rule of decades, where the poor have to fight for cots.

The theory that Modi has gotten over 2014 can also be verified from the fact that he disbanded the tech-savvy team of Prashant Kishore soon after the victory. People wondered why did he do that, and after the Bihar defeat, they thought it was a blunder. But that was another signal that Modi had decided to start afresh after the victory. 2014 was history.

That leaves the last point – the core Hindutva voters. How does Modi make sure that they don’t lose the steam as is argued to have happened in 2004?

Well, here Modi’s job will perhaps be done by his haters. Even in 2014, he didn’t need to make any communal or divisive statements, but the Hindutva core was all geared up. Because his haters called him all names – a fascist who must be resisted if India has to be stopped from becoming a Hindu Rashtra. The elections were polarised for this group by the secularists, not by Modi.

Even now the Hindutva core group is not exactly happy – as the government has not freed temples, or removed RTE that exempts minority run schools, or acted on any other pet projects like Ram Temple. But they will be energised and polarised by the hyperactive secularists of this country, who simply can’t change.

Well, they say that history repeats itself, and Modi’s challenge is to make sure it doesn’t. As of now, he appears to have a plan to stop that, and create history again.