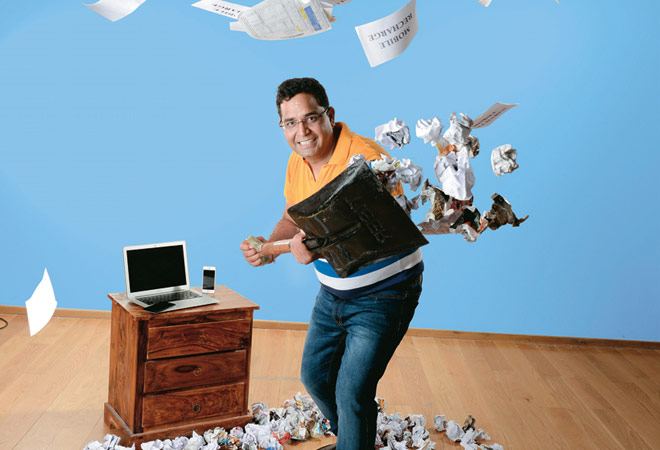 Ever since PayTM founder Vijay Shekhar Sharma praised the demonetisation scheme, he has been under a constant attack from Congress, AAP, and the liberal ecosystem of India. The emerging entrepreneur, who was once a big fan of Arvind Kejriwal, is being targeted based on fake charges, for TV ads and for celebrating parties, yes for celebrating parties.

The PayTM founder recently gave a boisterous speech at PayTM’s annual party, the video was circulated on social media and his statements were scrutinized, analyzed and judged on the matrices of demonetisation, Narendra Modi, etiquette and class.

Some of the media outlets thought that this is not enough, so they found patriarchy in it. No, seriously! The news blog NewsLaundry first attacked Vijay Shekhar for celebrating his annual party with his office people despite tragedies related to demonetisation, then preached to him as to how he should celebrate parties and finally declared him a patron of patriarchal culture that threatens to overwhelm workspaces and seats of state power. Here is a portion from the blog:

It is just an irony that NewsLaundry, which portrays itself as a left-liberal site and calculates liberal quotient of people, is publishing articles which are didactic, pedagogic and holier-than-thou in nature.  In the same article, the liberal-author sermonises:

When you’re celebrating success, you thank your customers, you thank your employees, instead of taunting your rivals. You don’t use language that your women employees might not be comfortable with – although a fuller version of the video shows no women in the audience, which makes one wonder if this is a boys-only party. (And if so, why?)

Vijay Shekhar was demeaned by the liberal ecosystem for many things, but the most-common line of attacks mentioned lack of class, sophistication and demeanour. These attacks also expose the deep-rooted class bias and hypocrisy of liberal ideologues who talk about freedom of choice, diversity and acceptance, but leave no stone un-turned to eject venom against those with whom they don’t agree.

Not only this, the same set of people who mocked the Snapdeal protest against Aamir Khan as a case of bullying, united to slam PayTM. A member of the Congress IT cell, who has been caught multiple times for spreading lies and rumours, found this video as an excuse to indulge into organized character assassination of Vijay Shekhar. This campaign was later joined by many Congress and AAP supporters, including Janta Ka Reporter — the alleged mouth-piece of AAP:

No news channel will show PayTM founder’s crass video mocking misery of people. Why? All of them are sponsored by PayTM. So, no -ve news! 🙂

#सड़कछाप_PayTM celebrates while the rest of us stood in line outside banks and ATMS to withdraw our own money https://t.co/jkEDAwKm7I

With this trend I am unistalling @Paytm and will download @FreeCharge for further use.
RT if you too will do the same#सड़कछाप_PayTM

With these kinds of targeted campaigns, AAP and Congress are exposing their desperation. These vile attacks will create more and more hatred against these parties among entrepreneurs. Vijay Shekhar will jump, dance, shout and party because had he cared about these liberal sophistication, he would not have built a multi-billion organisation.