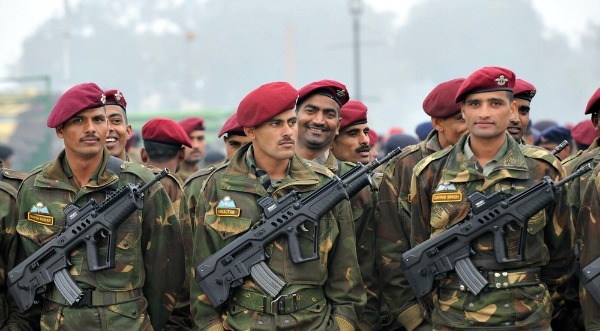 In the past few days, videos of army-men complaining about the ‘sahayak’ system, have become the new “in-thing” for Indian media. First we had the unfortunate death of an Army Jawan named Roy Mathew, who was working as a sahayak (helper). He had allegedly featured as an unnamed sahayak in a “sting operation” filed by website The Quint on 24th February, which talked about the menial jobs the sahayaks have carry out.

It appears that some clues to his identity were revealed in the now deleted report, which may have led the jawan to taking some drastic steps.

Next, we had CNN-News 18 carrying an interview of yet another jawan who claimed to be “sahayak” forced to do menial jobs:

#EXCLUSIVE — “I was asked to wash clothes, clean house; not my job to do housework”: Sindhav Jogidas to CNN-News18 #EndSahayakSystem pic.twitter.com/DRXr0utaYN

An army press release later revealed that the said jawan was in fact never enlisted as a sahayak and had previously faced disciplinary action for not obeying orders. As was pointed out in this piece by a former soldier himself, such unverified, sensationalised videos do nothing for the cause, but promote a sense of insubordination and mistrust among the members of the army, rendering them demoralised. Basically, psychological warfare which the enemy might have wanted done, is being done by the media in India.

It appears, the Modi Government has taken strong exception to truant media houses. In the past, we have seen brave and bold decisions by the Information and Broadcasting Ministry, like the time they put “on hold” the “token” one-day ban on NDTV India for “compromising of national security”. In the present scenario, following bold moves have been proposed by the I & B Ministry:

1. Shri Arun Jaitley, Finance Minister, will give exclusive interviews to both The Quint and CNN-News 18

2. Defence Minster Manohar Parrikar will take part in a town-hall event organised by CNN-News 18 where he will make one or two off the cuff remarks which can be then spun by CNN-News 18 to attack BJP itself

3. Reporters of both The Quint and CNN News 18 will be allowed to do a show on the Indian army’s outposts and strategic preparations along the Line of Control, where-in some semi-sensitive information will be revealed. The media houses are instructed to learn from the Barkha Dutt brand of journalism:

On a post at Chenab River at International Border -a BSF jawan explains why water-minus a fence or sensors more vulnerable #TheBorderline pic.twitter.com/O3e4LNCSFo

4. Shri Kiren Rijiju will subject himself to a third-degree interview on CNN-News 18 on which he will ensure he gets cornered on at least 3 issues

5. Advertisements of the schemes of the central government will be increased by 2.3 times to The Quint and 3.1 times to CNN-News 18

6. Any other media houses who will indulge in promoting insubordination and distrust amongst the armed forces will also be considered eligible for above package, and other benefits

The Government expects that after such strong action on erring media houses, especially one media house, whose journalist now faces a case for abetment of suicide, abetment of desertion of a soldier, causing death by negligence, mischief, and also committing an offence under the Official Secrets Act, will serve as a deterrent for the future.