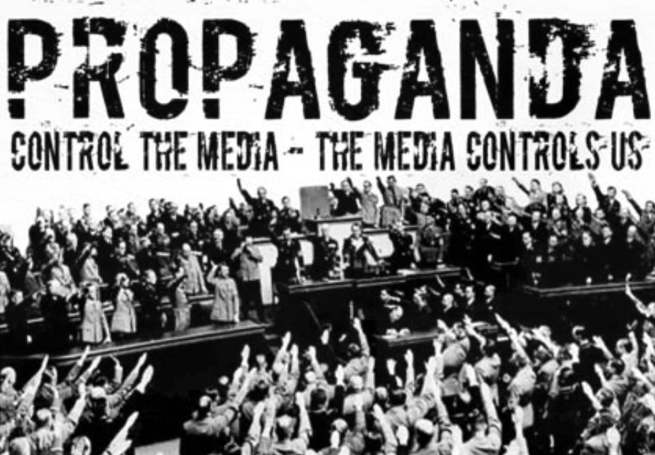 Recently the nation was shaken up by the devastating news of how an Indian braveheart, Rifleman Aurangzeb was abducted and tortured to death by the terrorist group Hizbul Mujahideen. The terrorist group audaciously released a video filming the torture concluded on our army man.

It’s shocking that Indian Express in its attempt to devaluing and deemphasized the sacrifices made by this gallant soldier, by calling this morbid act of the terrorist as simple as ‘J&K Pulwama firing’, indicating that the army man succumbed to a usual cross-border firing whitewashing the heinous act of brutality.

This is not the first time ‘Indian Express’ has resorted to the ambiguous use of words, downplaying incidents. Way back in 2015, ‘Indian Express,’ while reporting the hanging of the 1993 Mumbai bombings convict Yakub Memon had misrepresented the entire incident by headlining it as ‘And they hanged Yakub Memon,’ indicating as if questioning and blaming the Indian State for the decision. 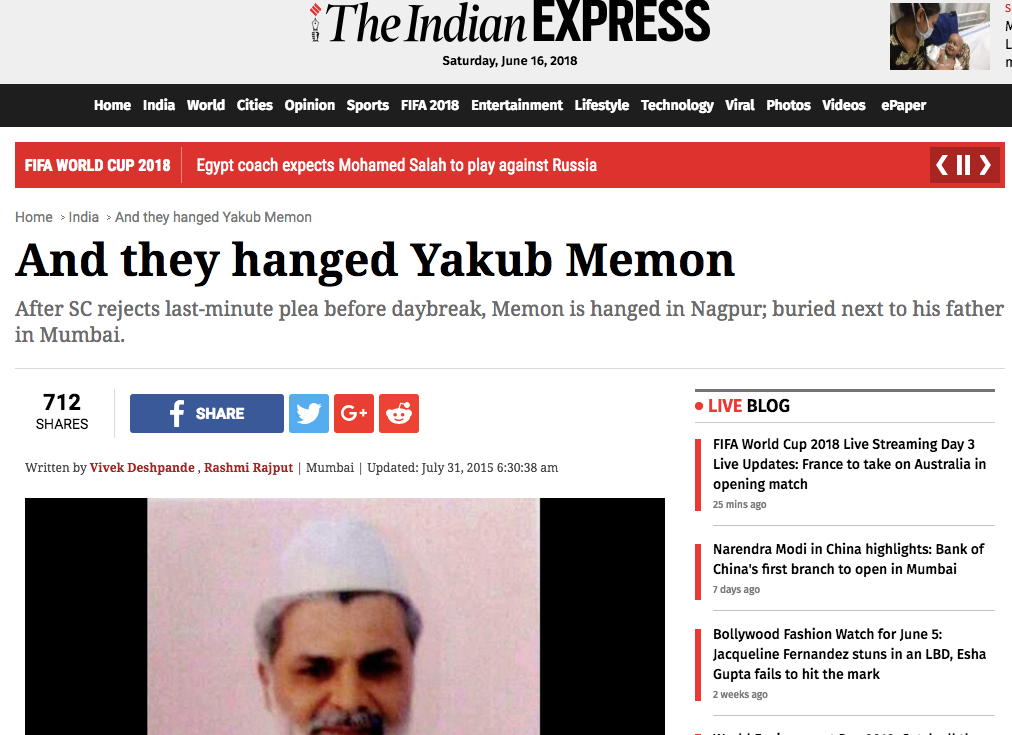 Other Media houses too had misrepresented and misreported, trying to communalize Yakub Memon’s death penalty. India Express has been caught on wrong foot several times earlier too. In a similar incident of downplaying, the Sports Bureau of the Indian Express last year incurred the wrath of former Indian cricketer Virender Sehwag after their tweet mischievously tried to mislead people into believing that Sehwag had criticised the Indian Paramilitary forces.

The Express Sports (sports section of Indian Express) had put out this tweet: 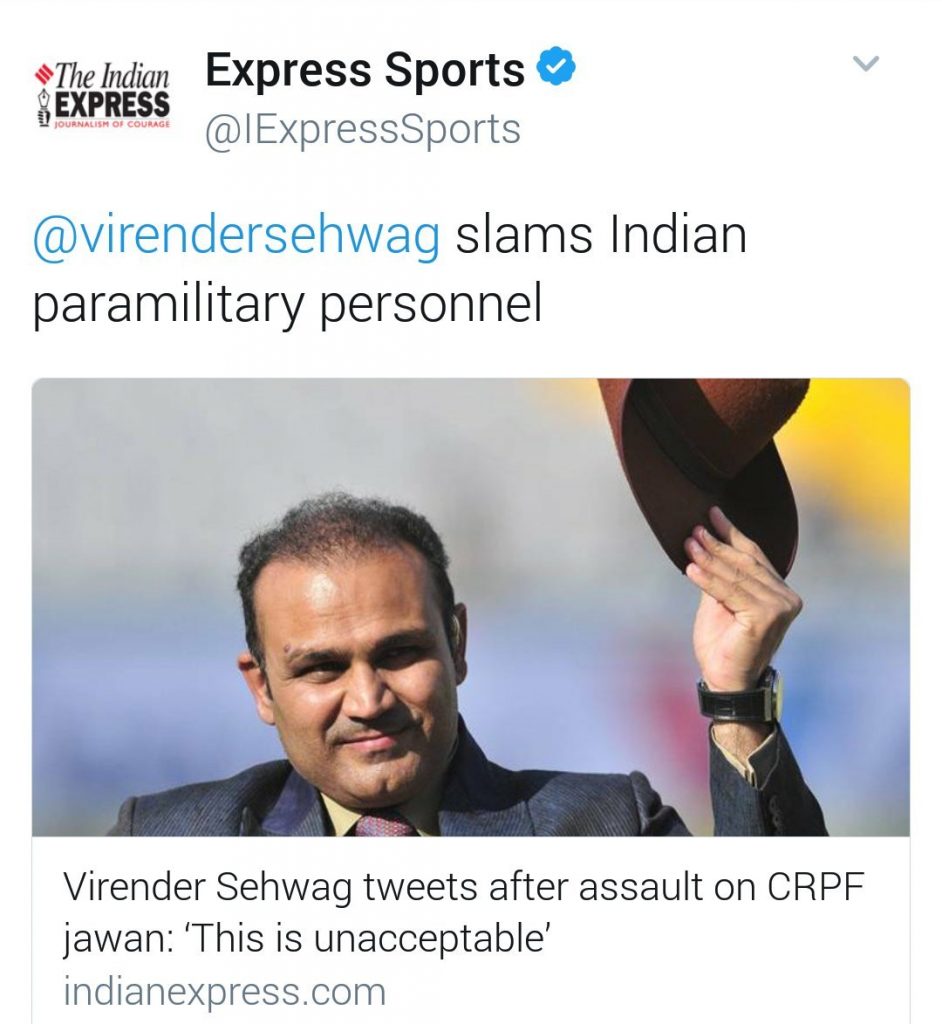 Irked Sehwag, had lashed out at Indian Expresses forcing them to delete their tweet and apologizing to him for the same.

However, because of these such media houses, it will be true to say that: Journalism used to be a profession of keeping the public at large informed with hard facts and cold analysis. It is tragic, however, that with each passing day, journalism is merely becoming an instrument in the hands of liberals using it for false propaganda and to weave stories to prove their own narratives. Journalism today, has sadly morphed into propagandists covertly canvassing for political parties they agree with.