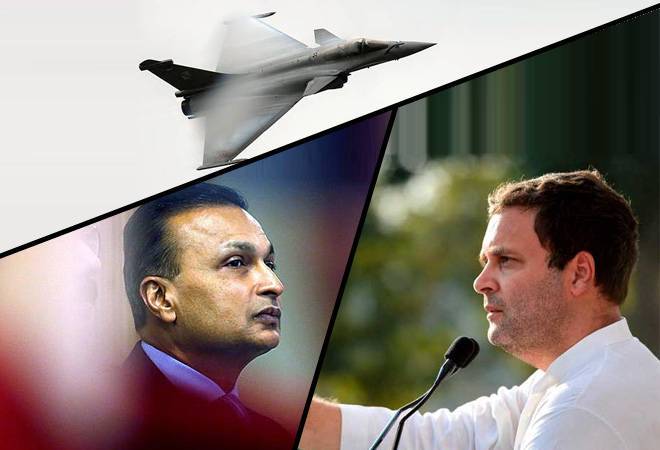 Reliance Infrastructure Ltd, Reliance Defence Ltd and Reliance Aerostructure Ltd – belonging to Anil Ambani led Reliance Group of Companies have issued a “cease and desist notice” to Assam Pradesh Congress Committee President Ripun Bora, over his comments on the Reliance’s involvement in the Rafale fighter jet deal. The companies have asked him to stop making statements against the companies on the deal.

The Indian government has signed a deal with the Government of France for the purchase of 36 Rafale jets in a direct government to government transaction. As implementation of the deal comes closer, Congress party led by Rahul Gandhi has intensified its attack on the Modi government, alleging that the government is paying more for the 4.5 generation multirole fighter aircraft.

As a part of party’s nationwide protest against the deal, which is much needed for the depleting fleet of Indian Air Force, party workers in Assam also have been organising protests in the state. During these activities, the state Congress president Ripun Bora had repeated the comments made by its central leadership, alleging that Reliance group companies were given undue favour in the deal. Bora had also alleged that only Narendra Modi and Anil Ambani knew about the Rafale deal in advance.

Bora has confirmed that he has received the notice on September 14, which is issued by Mulla & Mulla and Craigie Blunt & Caroe. The notice alleges that Congress party has been making “incorrect, false, frivolous, baseless, misleading, derogatory and defamatory statements” against Reliance in relation to the deal.

It may be noted that earlier the Reliance Group had sent similar notices to nine Congress leaders asking them to stop making “false and defamatory statements” against the group on the Rafale deal. The leaders that were served notices were Randeep Surjewala, Ashok Chavan, Sanjay Nirupam, Anurag Singh, Oommen Chandy, Shaktisinh Gohil, Abhishek Singh, Sunil Jakhar, Priyanka Chaturvedi.

The notice sent to Bora states, “As a cautionary measure, our clients strongly urge you to avoid, cease and desist from making any unverified, speculative, incorrect, false, frivolous, misleading, derogatory and defamatory statements against them on such a sensitive subject relating to national security. At the same time, our clients reserve their right to take recourse to all remedies available to them under the law for the protection of their name, brand, reputation and goodwill in case of any scurrilous statements being made against them.”

Ripun Bora said that they will not stop making such comments. He said, “I received the notice today (Friday). They cannot scare us with such notices. Reliance has illegally benefited from the deal. We will continue to raise the issue and will contest the case in court”. He also added that they will contest the notice in court and they have enough evidence to prove their claim.