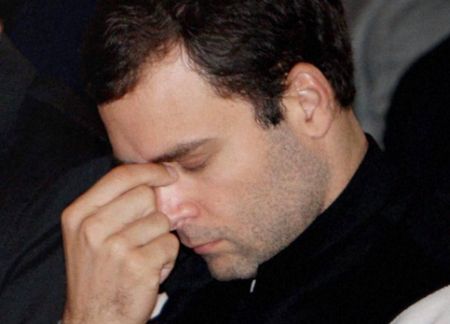 Earlier in the day, we had reported how the official Facebook page of Congress was running a paid promotion of an advertisement that read ‘Modi hatao, Desh Bachao” (remove Modi, save India) in Pakistan. Facebook lets pages select their the country the audience of which one would like to target with their messages. This promotion was specifically targetted at the audience of Pakistan.

Soon after, Congress had discontinued the ad targetting Pakistan audience. Embarrassed by the revelations that displayed how Congress was targeting Pakistani audience, Congress, instead of explaining or apologising, decided to brazen it out.

The official Twitter handle of Congress, arrogantly terming it “fake news” tweeted a photoshopped image where they mocked the revelations by showing ‘Hogwarts’ etc as the selected target audience.

However, as the adage goes, what is once on the internet remains on the internet. OpIndia has a screen recording from when the Facebook ad by Congress targeting Pakistani audience was still live.

No no. Don’t make joke of yourself Congress. Here’s the archive link https://t.co/TU5xQ2NGXh ?? https://t.co/ucKOSSjApt

Only live web links can be archived. The archived link of Congress’ Facebook page too clearly proves that the advertisement was indeed run by Congress on their Facebook page. In fact, one can see that in the URL of the archived link, the original Facebook page URL is also included which proves beyond a doubt that Congress had indeed run this advertisement and are now lying about it – http://archive.today/2018.10.18-055728/https://www.facebook.com/pg/IndianNationalCongress/ads/?country=20&ref=page_internal

This is not the first that time that Congress or its functionaries have brazened out their embarrassing posts after silently deleting them. Earlier too, after Smriti Irani had mentioned in an interview some obscene tweets by Tehseen Poonawalla, who is Robert Vadra’s relative, about Smriti Irani, Tehseen had quietly deleted those tweets and then lied about never having tweeted them at all. He was caught in the lie by several people.

This is also not the first time that Congress has indulged in undermining Indian elected Prime Minister in Pakistan for its own petty political gains. Earlier, senior Congress leader Mani Shankar Aiyar had also gone to Pakistan and asserted exactly the same thing that the Facebook ad now says. Aiyar had asserted in Pakistan that Pakistan should help Congress party dislodge PM Modi and install Congress back in the seat of power.

Congress rhetoric at home and Pakistan’s rhetoric at the UNGA also had eerie similarities and Pakistan trolls had tried to shield and promote Rahul Gandhi fervently on Twitter. One can also recall how Congress leader Navjot Singh Sidhu had gone to Pakistan for Imran Khan’s swearing-in ceremony and hugged the Pakistan army chief undermining the thousands of soldiers who are butchered by Pakistan. He had then asserted that he rather visit Pakistan than South India. In fact, global terrorist Hafiz Saeed had also endorsed Congress’ “vision” of Kashmir.