We need to understand that a policy like this will definitely have cascading effects. You can’t just expect the policy to give results in a vacuum. Demonetization has a multi-sectoral impact and one such impact is on Naxalism.

Through the report on demonetization and its impact on combating Naxalism, we at Public Policy Research Center have tried to do the empirical research by collecting qualitative and quantitative data from 33 Naxal affected villages located in Sukma, Bijapur, Narayanpur and Rajnandgaon. Being the heartland of Naxalism, it was indeed very difficult to go in the interior villages and talk to the common tribal, especially when they have been brainwashed by the Naxals. But taking the challenge, I travelled more than 2300 km interviewing all the stakeholders including Naxal Leaders.

The Naxal movement has been one of the longest interior armed conflicts faced by any country. Since 1996 till now, more than 15000 people have died because of the violence caused by Naxalites.

In the last few years, it has started declining especially after demonetization which curbed their finances and hit the backbone of the movement. Compared to 2015, the number of Naxal incidents has decreased sharply by around 20% in 2017. At the same time, 55% rise has been observed in the number of Naxals arrested.

Reduction in Naxal funding was seen. Naxalites collect the required sums annually. According to their scheme of things, they envisage collecting thrice their annual requirement (one year’s requirement, plus one year’s reserve and an additional one year’s requirement). The annual collection from Chhattisgarh alone ranges somewhere between Rs 350–400 crore. Demonetization by invalidating the notes of higher denominations curbed the financing of the Naxal movement and the cash stored from their annual collections became useless.

The cash crunch which leads to a lack of necessary resources, Naxalite were not able to implement their ambush strategy against the security forces and hence the 20% decrease in the number of Naxal incidents.

Lack of information and the local intelligence proved to be the most challenging for the forces that are deployed in the Naxal hit areas of Chhattisgarh. With ample resources at hand, Naxalites enjoyed local support. Post Demonetization the crisis among Naxalites gave an opportunity to the security forces to engage with locals through civic engagement programs and special awareness campaigns. Essentially items like salt, medicine etc. were distributed by the officials. All this has helped the police in having a fiduciary relationship with the locals which has further improved their intelligence.

Coming back to the arrested Naxal, there has been a magnificent increase of 55% number of Naxals arrested when we compare the data of 2015 and 2017. The lack of resources forced the Naxalite to come out of their safe heaven and visit the villages. The newly developed local intelligence helped the security forces to nab Naxalites when they came out of the jungles and their camps.

One of the biggest achievements has been the un-masking of Urban Naxals. Several front organizations and people associated with the Naxal movement are involved in propaganda peddling. The goal is same as those involved in an armed rebellion against India, killing innocent citizens and the security forces.

The Urban Naxals support their agendas in spaces like universities, TV studios, etc. Kabir Kala Manch one such organization was recently in the news when many of its members were arrested for their links with Naxalite. Many such organizations have been banned and blacklisted posted the decision of Demonetization.

Did someone raise the question that was combating Naxalism/Terrorism a purpose of Demonetization? We need to understand that a policy like this will definitely have cascading effects. You can’t just expect the policy to give results in a vacuum. Demonetization has a multi-sectoral impact and one such impact is on Naxalism. The left-liberal is so biased that while I was doing the literature review for the project, I wasn’t able to find a single research report based on facts and empirical data. This is the reason that even at a personal risk, I decided to visit the affected villages and then prepare the report.

Earlier, with a clear vision and commitment, the government initiated very strong reforms to control the menace of Naxalism. From launching a special assistance scheme for all the Naxal hit states and the bold measure of demonetization, the central government under the leadership of Prime Minister Shri Narendra Modi and Home Minister Shri Rajnath Singh has effectively put all the resources to end the arm rebellion by the Naxalites, Demonetization being one of them. 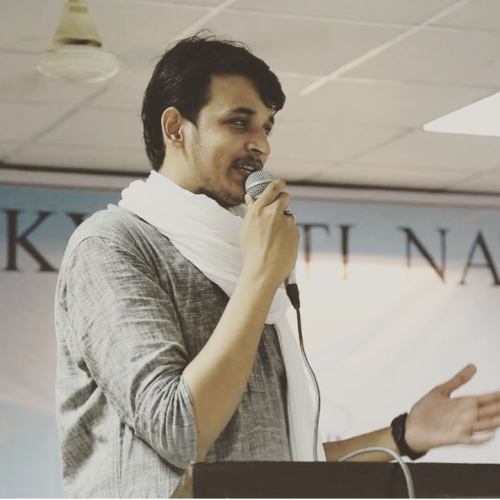