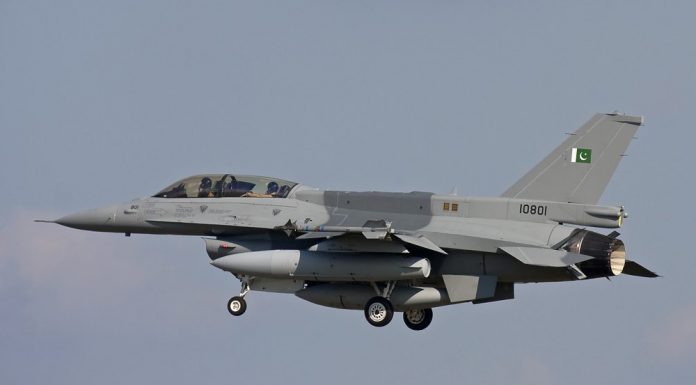 Amid the speculations of India taking some decisive action against Pakistan as a retaliation for the Pulwama attack, today many people started posting on social media sites that India has conducted air-strike over Sialkot in Pakistan.

There were reports that sounds of heavy blasts and jet engines of fighter planes were heard, and some even claimed that India had dropped two bombs in Silakot, and Pakistan Air Force jets were being scrambled in response.

Some users on social media even went on to claim that one Indian Air Force jet was shot down by Pakistan.

These unconfirmed reports were very big, as any airstrike inside Pakistan by India will signal the start of a full-blown war between the two countries with nuclear bombs.

But soon the facts emerged, which showed that nothing of that sorts had happened.
According to reports, jets of Pakistan Air Force had conducted drills over several places in Pakistan today, which included Sialkot.

Scare in Sialkot, Pakistan after two fighter jets of the Pakistan Air Force flew near civilian areas of the International border. Indian border forces noticed the movement as well. Please don’t speculate as it spreads unnecessary panic given the situation.

Two jets of PAF flew near the international border at Sialkot, and some people mistook them to be jets of Indian air force. Due to the possibility that India may initiate military action against Pakistan, the security forces in the country are in a state of high alert, and the drill was part of that. It also has been reported that Pakistan is moving tanks towards the border. Other than Sialkot, Pakistan Air Force’s F-16 jets flew low over Lahore also, which was spotted by several social media users.

Coming to the sound of blasts, it is possible that the Pakistan Air Force fighter jets crossed the speed of sound while flying over civilian areas. When a fighter jet goes supersonic, it causes a sonic boom, which sounds like the sound of an explosion.