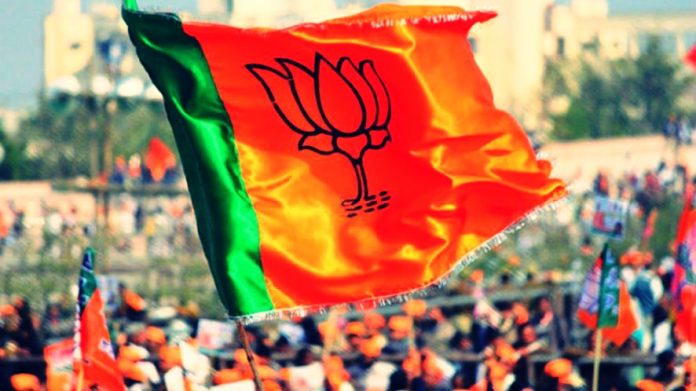 The Bhartiya Janta Party (BJP) registered a historic win in the recently concluded Lok Sabha elections. This win, however, did not come easily for the Modi-led government. BJP sacrificed several of its ground level workers and leaders in the process. And now, even after the elections are over the BJP workers and supporters continue to pay the price.

In the latest, a bomb was hurled at the ‘Vijay Rally’ of BJP supporters, allegedly by TMC supporters, on May 27 in Birbhum under Mayureswar police station limits. However, no injuries were reported.

West Bengal: A bomb was hurled at the ‘Vijay Rally’ of BJP supporters, allegedly by TMC supporters, in Birbhum under Mayureswar police station limits yesterday. Police say no injuries were reported. pic.twitter.com/6MJAHGO0vv

Shockingly, since May 23, the day of poll results, almost 9 BJP workers and supporters have been brutally killed simply because they worked for the BJP.

After Smriti Irani defeated the Gandhi family scion and Congress President Rahul Gandhi in Amethi her close aide and newly-elected Lok Sabha Member of Parliament, Surendra Singh was brutally shot dead by unidentified assailants in her constituency of Amethi. His son had suspected involvement of some Congress supporters in the incident.

A day after this episode, a BJP worker, Chandan Shaw, was shot dead by unidentified assailants in Bhatapara of North 24 Parganas district in West Bengal. In a separate incident the same day, another BJP worker, Nemichand Tanwar was also reportedly shot dead in Indore, Madhya Pradesh. The family has alleged that he was killed as he didn’t vote for Congress.

Columnist and author Vikas Saraswat compiled a Twitter thread collating such incidents of violence against the BJP workers and supporters. Like almost all the other states, after BJP secured a significant win in Uttar Pradesh by securing 62 seats out of the 80 seats, there were reports that BJP’ panna pramukh, Chandrapal Singh in Karanpur village, Hapur, Uttar Pradesh was brutally shot at in his sleep. Singh succumbed to his injuries.

Similar spurts of post-poll violence claimed another three BJP workers live in Tripura. BJP worker Shibu Das (20), a resident of Khayerpur area and fish trader Apu Das (56) were both attacked on the streets and killed in cold blood.

Prior to this, BJP worker Mithu Bhowmik was murdered in Fatikcherra area of northern Agartala on May 24, a day after the poll results were declared.

Moreover, Lok Sabha polls in West Bengal has been the most bloody one. BJP workers have been targetted by TMC goons during and now post elections also. A BJP worker named Santu Ghosh (25) was shot outside his house in the Nadia district on May 25. He had switched from the TMC a few days ago. Santu succumbed to his injuries.

On May 26, it was reported that Mateen Patel (48), a BJP minority cell worker at Mohalla village in Akola district, Maharashtra, was beaten to death over Lok Sabha results. In Maharashtra out of the total of 48 seats, BJP successfully bagged 23.

The above incidents are only a few which have made it to the print media. There must be several other incidents which might have occurred but have not caught media attention. However, amongst all this, what is commendable is the extreme dedication the BJP workers have for their party. Despite the extremity meted out at BJP karyakartas and supporters, they stood strong and resolute and zoomed BJP towards a significant win.