Post-poll violence continue in states where the BJP did well continue. 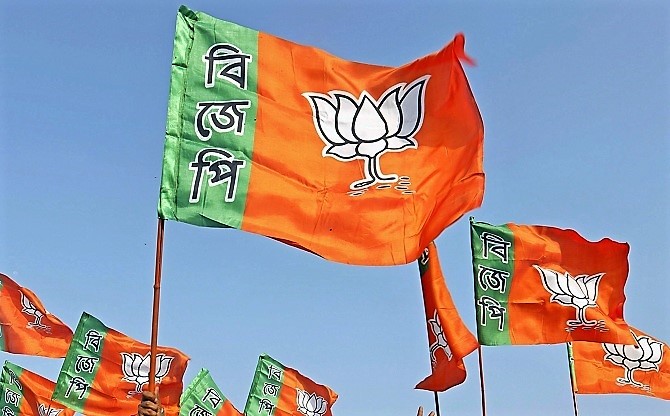 West Bengal: A BJP worker, Chandan Shaw, was shot dead by unidentified assailants late last night in Bhatapara of North 24 Parganas district. Security forces have been deployed in the area. Investigation has started.

As per reports, the incident took place last night when BJP worker Chandan Shaw was returning home last night at around 10:30 pm. Four assailants stopped him and one of them shot at him from a close range. The assailants also reportedly hurled bombs at him.

Another BJP worker Nemichand Tanwar was also reportedly shot dead in Indore, Madhya Pradesh. The family has alleged that he was killed as he didn’t vote for Congress. The 65-year-old BJP worker was shot dead on Sunday. Former Madhya Pradesh Chief Minister Shivraj Singh Chouhan hit back on CM Kamal Nath and said that he wants to convert MP into West Bengal where violence like this is rampant.

Shaw’s murder comes close on the heels of BJP worker and Amethi MP Smriti Irani’s close aide Surendra Singh was shot dead by unknown assailants after he was returning from celebrations of BJP victory.

Bengal has seen a very violent elections which has continued even after the elections got over. Just after the seventh phase of polling concluded, before the results were out, a BJP worker was reportedly shot at and another BJP worker’s shop was torched in West Bengal.