Railways officials reiterated that the action against Dubey was routine and it had got nothing to do with his utterances in the viral video. 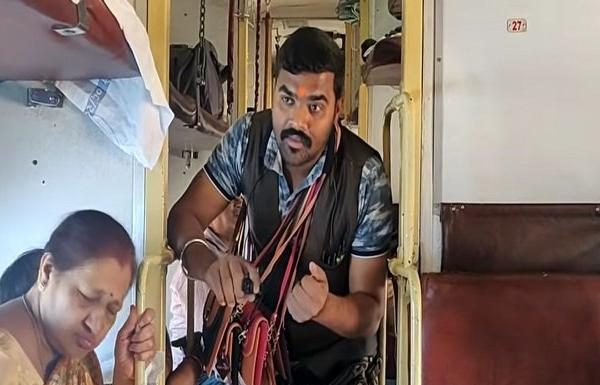 Today the Railway Ministry has confirmed the OpIndia report. The ministry took to Twitter to publish a clarification regarding the media reports which suggested that hawker was arrested for mimicking politicians.

Clarification on a news item, carried out on different media forums, regarding an arrest of a train hawker in Gujarat. pic.twitter.com/ujb8i7zqGu

The clarification stated that Avdesh Dubey was prosecuted 12 times including this one. Out of this, 4 times he was prosecuted by the Surat Post itself for unauthorised hawking.

The Railways Ministry also confirmed that Dubey himself admitted to the Magistrate that he was hawking illegally since 2005.

OpIndia had reported that Dubey was handed a jail term for the least days among all the accused, further pointing out that he was not singled out for any reason whatsoever. In fact, even this jail term and a fine were due to the fact that he was booked 7 times in the past by different Posts for unauthorized hawking, thus making him a repeat offender that attracted the high quantum of punishment.

Railways officials reiterated that the action against Dubey was routine and it had got nothing to do with his utterances in the viral video.