Dear Uber, why didn’t you tweet “cars have no religion” when ‘liberals’ were complaining about angry Hanuman sticker

Uber Eats tweeted saying it is with Zomato who had said food had no religion, but Uber was silent when liberals were protesting against Hanuman sticker on their cabs 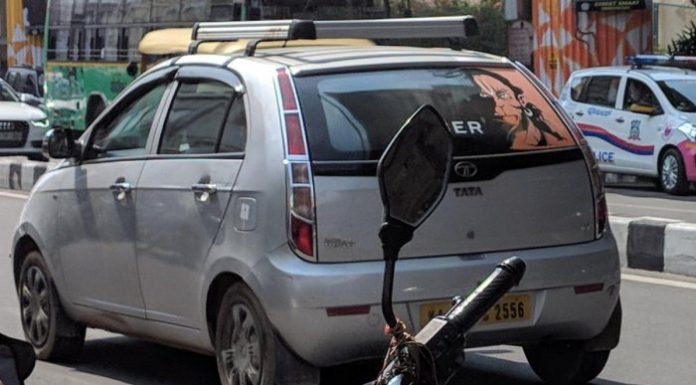 Today, Zomato threw open a can of worms when it responded to one of its users who had raised his grievances with the food delivery app for sending a non-Hindu delivery boy for delivering his order. In an attempt to virtue-signal, Zomato quoted his tweet and said that “Food has no religion. Food is a religion.”

Soon, its Founder and CEO Deepinder Goyal also jumped into the raging controversy to take advantage of the opportune moment. He tried to score ‘secular’ brownie points by citing his organisation’s moral supremacy. Gloating about Zomato’s values, Goyal tweeted that he would rather prefer losing business than compromising with the organisational values.

We are proud of the idea of India – and the diversity of our esteemed customers and partners. We aren’t sorry to lose any business that comes in the way of our values. 🇮🇳 https://t.co/cgSIW2ow9B

This incident where a Zomato user protested about the religious identity of its delivery boys bears a stark resemblance to the Angry Hanuman poster row that erupted last year when one of the Uber riders had posted on Facebook against cabs with Hanuman posters, describing it as a symbol of aggressive Hindutva.

From representing militant Hindu resurgence, Hanuman sticker has graduated to representing rapists and rape terrorism! What a hateful bigot this lady is! I hope @Uber_India bans her for this bigoted demand. pic.twitter.com/bpW8Abt53k

Resmi R Nair, an activist and a model based out of Bengaluru had last year taken to Facebook to express her reservations against cabs emblazoned with Hanuman posters. Nair had stated in her post that cabs with posters of Hanuman symbolised militant Hindutva and that she would not board such cabs, neither would she pay cancellation charges for them.

The controversy aggravated as liberal luminaries partook in condemning the use of Hanuman posters on cabs and conjoined it with aggression and hostility against other communities. Long, convoluted and devious articles were written, which had an international coverage, on how Hindutva proponents have found a new expression for their bigotry in Hanuman posters. A Hindu God was egregiously and relentlessly vilified just because cab drivers found it profoundly spiritual to express their religious expressions on their cars. Activists had declared that they will boycott any vehicle carrying the offending sticker.

Juxtaposing this with today’s incident, the liberals who went completely gung-ho in condemning the Zomato user for demanding only Hindu delivery boys didn’t for a moment, felt unperturbed co-opting Nair’s innately bigoted outrage against the cab driver’s overt religious proclivities to further their Hinduphobic propaganda. It is sheer duplicity of liberals to enthusiastically participate in suppressing and stigmatising Hindu expressions then and now crying hoarse when a Zomato user indulged in the similar behaviour for non-Hindu religions.

Through all this, Uber didn’t deign to issue clarifications for the riders who had problems about the cab with Hanuman posters. Uber Eats, part of Uber, tweeted today saying it is with Zomato, but Uber was silent when liberals were protesting against Hanuman sticker on their cabs. Like Zomato, Uber too could have asserted that cabs don’t have any religion and that one should be tolerant and sensitive towards driver’s religious manifestations. However, drivers were left in the lurch as Uber and other cab aggregator apps continued to maintain a stoic silence over the festering issue.

Another cab aggregator company, Ola woke up from its slumber only when a Hindu guy cancelled the cab citing the driver to be a Muslim. Ola quickly sprang into action by tweeting that it is a secular platform and it doesn’t differentiate between the riders or drivers based on their religion.

Perhaps, upholding the lofty principles of secularism and tolerance and compromising one’s spiritual beliefs is only reserved for Hindus while others can continue to either gloat over their faux moral supremacy or remain a mute spectator to organised subjugation of Hindu expression.