The NSC meeting arrived at the decision of severing trade between the two countries, downgrading bilateral diplomatic ties with India and raising the issue of Kashmir in the United Nations Security Council among other things. 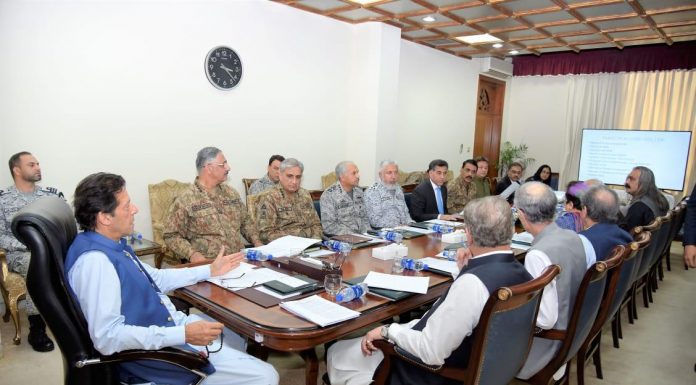 In the wake of India’s move to repeal Article 370 and bifurcate Jammu and Kashmir into two union territories, Pakistan had called in a National Security Council meeting to discuss the future course of action. The NSC meeting arrived at the decision of severing trade between the two countries, downgrading bilateral diplomatic ties with India and raising the issue of Kashmir in the United Nations Security Council among other things.

1-Downgrading of diplomatic relations with India.
2-Suspension of bilateral trade with India.
3-Review of bilateral arrangements.
4-Matter to be taken to UN, including the Security Council.
5-14th of August to be observed in solidarity with brave
Kashmiris. #StandwithKashmir pic.twitter.com/v06GmMc5lG

A statement issued by the Pakistan government said that the NSC meeting discussed the “situation arising out of unilateral & illegal actions by Indian govt, the situation inside Indian Occupied J&K and along LOC”. Besides, Pakistan NSA has also decided to close the Wagah border and suspend Bus services to India. Pakistan will also be declaring August 15 (India’s Independence Day) as ‘Black Day’ to protest against the action taken by India vis-a-vis Jammu and Kashmir. A review of the bilateral arrangements with India has also been asked for. Along with these, they have also expelled Indian envoy to Pakistan.

Along with this, Pakistan PM also directed the diplomats to open all channels to expose India’s purportedly ‘racist regime, alleged design and human rights violations. Earlier today, Pakistan closed down its airspace for India-bound flights and flights operating from India. 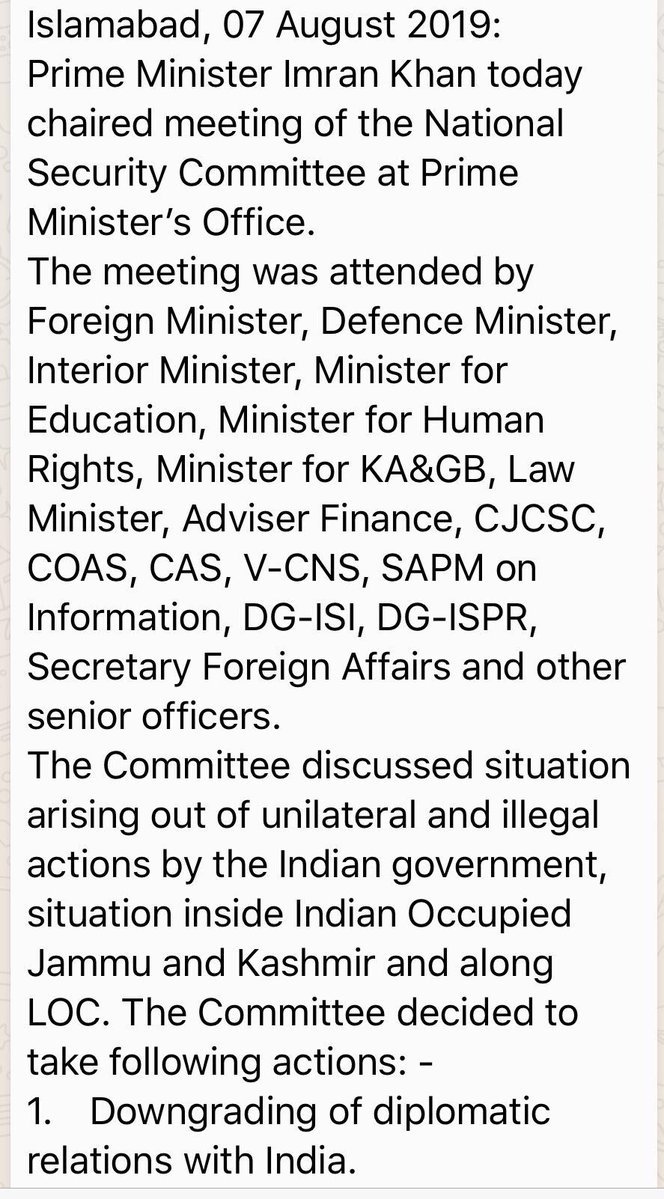 Pakistan foreign minister Shah Mehmood Qureshi addressed the Parliament of Pakistan after the NSC meeting. He accused that India always attempts to keep the Kashmir issue under hidden. He quoted P Chidambaram criticising the decision of Modi government. He said that Pakistan is with the Kashmiris.