Tripura: Minor girl raped, burnt to death by boyfriend, his family and friends after keeping her captive for two months

The girl had suffered 90% burn injuries after being set on fire, allegedly by her boyfriend and his family members at their residence in Shantirbazar, South Tripura, on Friday. According to the police, the girl was rescued by the neighbours who took her to GB Pant Hospital here and added that the girl was held captive for ransom by her boyfriend for two months. 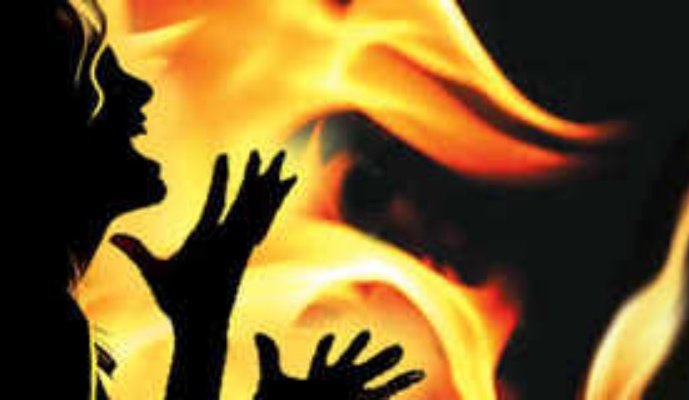 The horrific crimes against women continue to haunt the country as in yet another incident a 17-year-old girl has lost her life after she was held captive and raped for days allegedly by her boyfriend and his friends. The victim died as she was burnt alive by the accused and his family on Saturday.

According to reports, the main accused Ajoy Rudrapaul had promised to marry the minor girl two months ago and brought her to his residence in Santir Bazar area of south Tripura. The victim’s family alleged that Ajoy and his family members tortured and raped the girl over the past two months and they set her on fire Friday evening.

The girl had suffered 90% burn injuries after being set on fire, allegedly by her boyfriend and his family members at their residence in Shantirbazar, South Tripura, on Friday.

According to the police, the girl was rescued by the neighbours who took her to GB Pant Hospital here and added that the girl was held captive for ransom by her boyfriend for two months.

As news of the death of minor girl spread, a mob gathered outside the GBP Hospital in Agartala and thrashed the accused and his mother after the victim succumbed to burn injuries.

SP (South Tripura) Jal Singh Meena said, “The main accused in the case, Ajoy, was arrested at the hospital and later brought to Shantirbazar police station. The girl was set ablaze on Friday evening. The investigation is on.”

Reportedly, the deceased girl had met Ajoy on social media, eloped with him just after Diwali when the youth visited her home and proposed marriage. The family of the victim claimed that the accused then forcibly detained her for ransom and raped her along with his friends.

The victim’s mother said that they had lodged a police complaint soon after the girl went missing. The family had sought the help of police after the accused demanded money from them for the second time. The mother said they did not get any police assistance.

“On Friday night we paid her (Ajoy’s mother) Rs 17,000 at the Chandrapur ISBT but she was not happy and warned us to pay the full amount if we wanted to get the girl back. In the meanwhile, we got to know their address and planned to reach them today. But early this morning we were informed that she had been set on fire and had been shifted to hospital,” the girl’s mother alleged.

“We immediately reported the matter to the police but they did not turn up. When we met her at the hospital, my daughter was in critical condition. She told us she had been repeatedly gang-raped for the past two months and was continuously tortured as we did not pay the ransom money. Finally, when Ajoy got to know that only Rs 17,000 had been paid, he became furious. And at night they set her on fire,” the girl’s mother claimed.

According to the victim’s statements to her mother, the accused Ajoy worked with a private company in Bengaluru and had come home to meet her. The mother added that everything was fine until her daughter went missing. She alleged that Ajoy and her mother started torturing and raped her daughter. She was not even given proper food and was told she would be killed if the entire ransom money was not paid, said the mother of the girl.

Shekhar Gupta’s website comes up with the silliest apologia of Islamism and Tablighi Jamaat, even the Jamaatis’ bullsh*t sounds better

India is the largest producer of hydroxychloroquine in the world. The Commerce Ministry, in a notification dated 4 April, has enforced an absolute ban on the export of the drug.
Read more
News Reports

Islamists on social media weren't too happy with cricketer Mohammad Kaif for lighting lamp to thank healthcare workers, urged him to offer namaz instead.
Read more