More
Home News Reports "If Abhinandan was flying a Rafale instead of a MiG-21, equation in air battle...
Editor's picksNews Reports
Updated: 5 January, 2020

“If Abhinandan was flying a Rafale instead of a MiG-21, equation in air battle would have been different”: Ex-Air Force chief BS Dhanoa 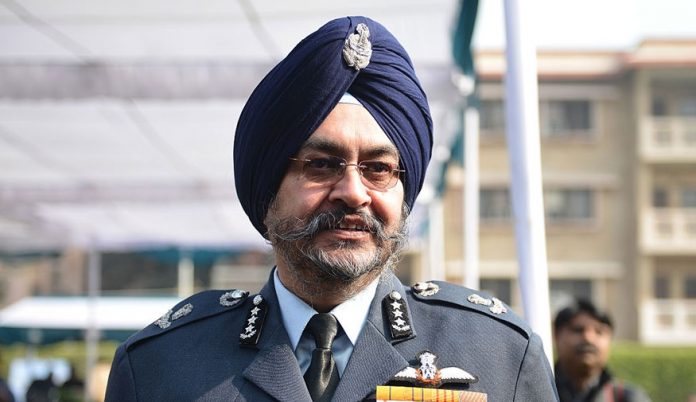 Former Air Force Chief BS Dhanoa said that the outcome of the February 2019 dogfight involving Wing Commander Abhinandan Varthaman and Pakistani Air Force could have been different had the IAF got the Rafale jets sooner.

“If Abhinandan was flying a Rafale and not a MiG-21, the equation in that air battle would have been different. Why was he not flying a Rafale, because you took ten years to decide which aircraft you want to buy,” Dhanoa said at an event on Saturday.

Following Balakot airstrikes by Indian Air Force in February 2019, Indian fighter pilot Wing Commander Abhinandan Varthaman had engaged Pakistani Air Force in a dog fight and had landed inside Pakistan-occupied-Kashmir. He had shot down a Pakistani F-16 before his MiG-21 Bison was hit by an AMRAAM missile. He was captured by Pakistan and was later released.

Questioning the politicisation of defence acquisition deals, BS Dhanoa added, “If you politicise the defence acquisition system, the whole system goes behind. Other files also start moving at a slow pace. When could artillery get a new gun after Bofors? Bofors is a good gun but was mired in controversy, same way Rafale was questioned.”

Dhanoa also termed the S-400 missile system as a ‘game-changer’ and stressed the need to speed up the defence acquisition process. “I have always said that S-400 is a game-changer. It is a very good deal by the government to get S-400,” Dhanoa said.

After a huge political slugfest, aided by certain media establishment, there were apprehensions about India’s acquisition of Dassault Aviation’s Rafale jets. However, the first Rafale aircraft was delivered in October 2019. The deal that began during the UPA era in 2007 was highly politicised in the run-up to last year’s general election.

The Congress had repeatedly attacked the Modi government over a renewed Rafale deal of acquisition of 36 jets to accuse Prime Minister Narendra Modi of crony capitalism. However, the Supreme Court dismissed petitions seeking an investigation.