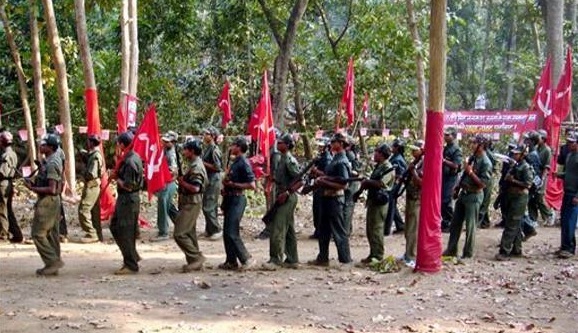 It appears that terrorists too want to keep up with technology. A 25-page-long document retrieved by the Chhattisgarh Police in April suggests that the Maoists are increasingly looking to use internet and new technologies for their war.

According to reports, in a marked shift in the Maoist movement’s propaganda machinery, top Maoist leadership in Chhattisgarh has issued guidelines regarding the use of technology to its cadre.

“Don’t access websites on the radar of Intelligence agencies, store important documents in memory cards, do not carry mobile phones with SIM cards, tap WhatsApp….” These are some of the guidelines issued by the Maoist leadership in Chhattisgarh.

The contents of the document which has also revealed plans to create a new Maoist zone – covering pockets of Chhattisgarh, Madhya Pradesh and Maharashtra – is said to be have been drafted by “MMC Leading team” in March 2017. It appears that Maoists are concentrating to increase their strength entirely in and around Chhattisgarh after reports indicated that they were being weakened in other regions of India.

Under the paragraph titled “The spread of propaganda” the document reads, “Propaganda is being carried out via pamphlets, banners, posters, statements and these days through mobile phones and WhatsApp. After taking decisions, we must concentrate quickly on propaganda material and this must also be planned… We cannot depend only on computers.”

In a first, the documents stats that Maoist cadre up to the rank of divisional commander are allowed the use of mobile phones and tablets for “leadership expansion and the ease of reading material as opposed to carrying books”.

Top officials of Chhattisgarh Police, those who have studied the documents, explained that this shift in stance by the Left-wing terrorists is because of two reasons.

“Often, after an exchange of fire, even if there are no casualties, the Maoists have to leave their camps in a hurry, leaving material behind. This literature tells us of their status, strength and other strategic aspects. If they begin to use memory cards in phones, which they carry on their person, we will potentially only get this information if there is an arrest, or a body recovered,” a senior police officer was quoted as saying.

“Second, even though there are connectivity blackout areas deep inside the forests of Rajnandgaon and Kabirdham, the mobile network is better than in Bastar. That may also have prompted this decision, because there is a need to adapt,” the police official said.

Following are the guidelines mentioned in the Maoist document: