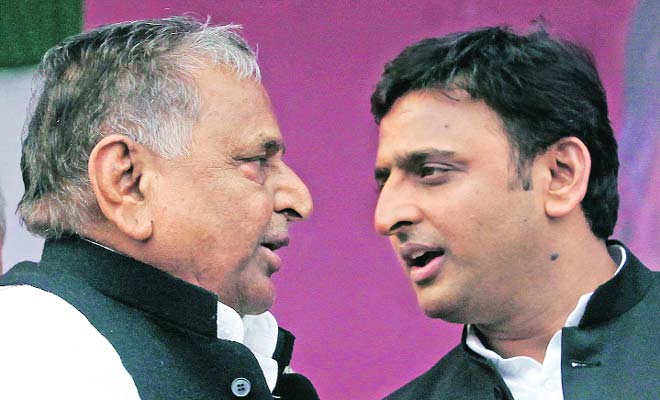 The former Akhilesh Yadav led Uttar Pradesh government is in the news for the wrong reasons after an RTI query has revealed that 86% of the funds reserved for the NGOs carrying cow welfare activities were granted to an NGO run by the Mulayam Singh Yadav’s daughter -in-law.

The RTI query initiated by activist Nutan Thakur revealed that the Gau Sewa Aayog had sanctioned a total amount of Rs 9.66 crores from 2012-2017 out of which 8.35 crore or about 86.4% were sanctioned to Jeev Ashraya an NGO run by Aparna Yadav.

The Gau Sewa Aayog falls under the State Animal Husbandry department and gives grant to cowsheds and organisations which work for the welfare of cows. Interestingly, a total of Rs 1.05 crores has been granted by this Aayog in 2017-18 out of which Aparna Yadav’s NGO has not received any penny. This duration coincides with the departure of the SP government and the arrival of the Yogi led BJP government.

Apart from this the RTI applicant Nutan Thakur has also claimed that the initial lease of land allotted to Aparna Yadav’s NGO was extended to 5 years by the SP government.

Aparna Yadav who is the wife of Prateek Yadav, the step-brother of Akhilesh Yadav, has reacted and come out with a simple defence regarding all the allegations. She has stated that if some organisation is doing good work, why shouldn’t it be helped out financially.

It remains to be seen if the authorities decide to further investigate the matter to find out if any rules were broken in giving away the funds. This issue though might just add to the already sizeable tally of skeletons which are tumbling out of the former UP government’s closet.

In the past, we had reported how the Agra Lucknow expressway, which was dubbed as Akhilesh Yadav’s pet project, got riddled with allegations of illegal land conversion. Apparently few of the land sellers had colluded with government officials to show their plots as residential land to earn more compensation.

The Yogi government has also announced a probe into Akhilesh’s Gomti riverfront project for financial irregularities. Plus it has been reported that constructions worth Rs 1280 crores carried out under the SP government could have instead been done at 1/4 the the total cost.