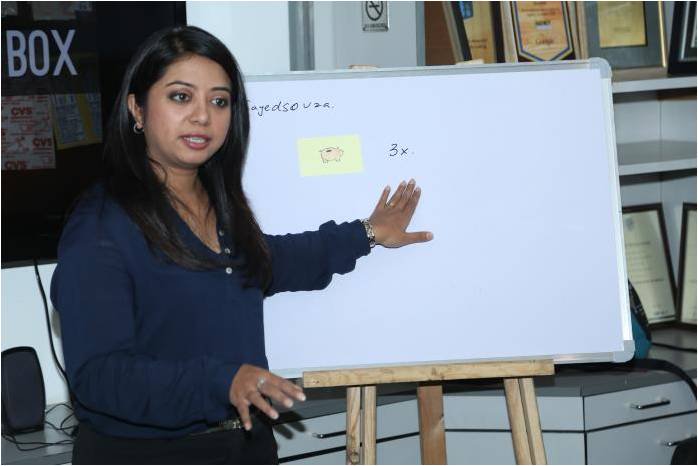 Yesterday was a red letter day for India, no matter how you look at it. For the last 8 years, India was languishing in the 130s in the Ease of Doing Business (EODB) rankings released annually by the World Bank. This mediocre performance, was even more disappointing in 2016. This was because of the fact that, on most other rankings, India had soared up. The Government had also pushed for reforms at various levels, even starting a state-wise ranking system within India to make states more competitive. Now in 2017, the work of the past couple of years has borne fruit.

But this was not enough for some. The same people who are medical experts when there is Dengue in Delhi, and are banking experts when it comes to NPAs, had now become Business experts, trying to pick holes in this phenomenal rise in India’s EODB rank.

One such upcoming starlet is Mirror Now’s anchor Faye DSouza, who has recently become the favourite of left liberals in India. Her rise can be attributed to her aggressive stance on issues, but with a tilt to the left and lot of virtue signalling, unlike most other aggressive TV anchors who are firmly on the right and have started speaking politically incorrect or inconvenient truths.

DSouza tweeted, and also stated on her show discussing Ease of Doing Business, that the ranks do not include GST and also measure ONLY Mumbai and Delhi, thus alluding that they are not truly representative of India. This view was also echoed by one of her panelists, and was gladly accepted by her:

The #easeofdoingbusiness rating doesn’t include #GST and only measures Mumbai & Delhi and not the rest of India https://t.co/R3A6DLnWtl

On social media, we had the co-founder of a left leaning “fact-checking” site, who runs the parody Facebook page “Unofficial: Subramanian Swamy”. Assuming he had checked his facts, he posted a picture making a similar argument, that the rankings had covered only Mumbai and Delhi: Firstly, yes: GST is not covered in these rankings. But this is not because Modi made them skip GST, but because the rankings for all economies are benchmarked to June 2017. GST will come up in the rankings for next year, and surely Faye D’Souza would do very well to bring it up then, but talking about GST (which was introduced in July) in context of a ranking system which evaluated data till June, is foolish.

Secondly, yes, “only” 2 cities i.e. Mumbai and Delhi are tested by the rankings. But, in what could be a big shock for the likes of D’Souza, the World Bank tested ONLY 1 city in the entire country for 179 out of 190 countries!

By the logic alluded to above, these rankings must be trashed at source, since the data of only 1 city is being extrapolated to the entire country! The World Bank has it’s own logic for this, but perhaps if people actually read the report [pdf], they would have known better:

But all is not wrong with the logic extended by so-called “experts” above. For such a diverse country like India, just 2 cities may not do justice. In fact, if we see India’s state-wise EODB report for 2016 (the report for 2017 is not out as of date), which is prepared by the Department of Information Policy and Promotion, Maharashtra and Delhi, are ranked at 10th and 19th place respectively!

In short, entire India, is being judged based on the performance of only 2 cities, and the respective states of these 2 cities, are not doing very well, with Delhi being a poor 19th on the list. This very concern was in fact raised by India itself, when it saw that in spite of work being done, the rankings were stagnant.

India had requested World Bank to go for a wider assessment to get a better rank for India. So while commentators may be saying that India’s good rank is because of it not being representative of other states, it could well be true that if certain other states were chosen, the rank could have been much better.

More disturbing that Delhi’s 2016 rank, is Delhi’s score for 2016, which is a dismal 47.62%. Maharashtra is ranked tenth, but it has a very decent score of 92.86%, indicating that it has a relatively low rank, only because there are some other states which are even better, albeit by a small margin.

Absolute measures, such as DTF, are important because rankings can get skewed for various reasons. Rankings depend on how the other countries are performing. Further, if new countries are added to a data set, the ranking may drop even though the score has improved, only because there are more participants in the ranks. This happened to India recently, in respect of the Global Hunger Index where it was initially reported that India’s rank had fallen. It was later revealed that the “fall” was due to the reason that 44 new countries were added to the rankings.

India reaching the 100th Rank in EODB, while being commendable, is still not enough. We need to move much further ahead if we are to truly become a paradise for business. This point is not lost on anyone. But prime-time anchors and alleged “fact-checkers” need to ensure that their criticism of this commendable improvement, is not based on empty rhetoric and half-truths.

And Faye, before you crunch the numbers of the EODB rankings, you may want to look at Mirror Now’s advertisement, which shows 155 to be greater than 199, by a considerable margin. 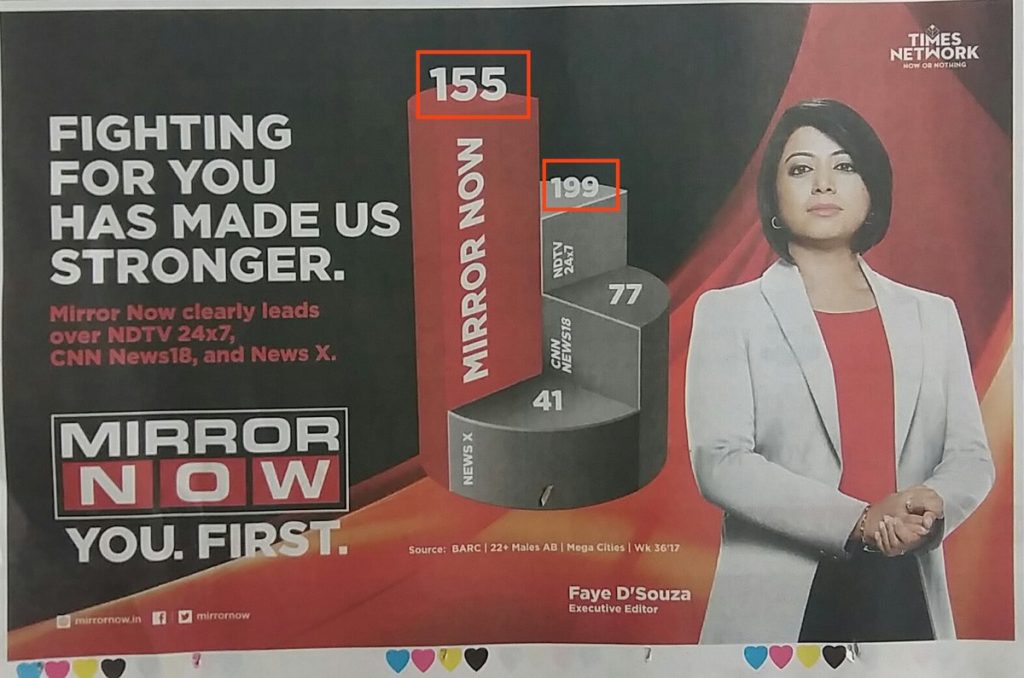