More
Home News Reports This PhD 'scholar' from Aligarh Muslim University is reported to be a terrorist with...
News Reports
Updated: 8 January, 2018 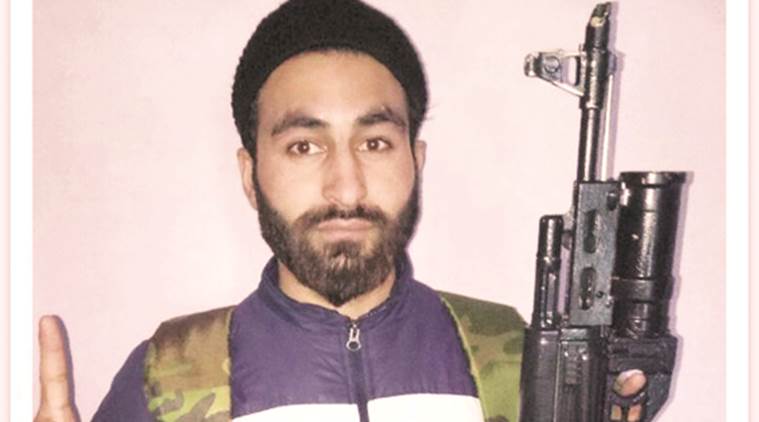 Mannan Wani, a research scholar from Kupwara in Jammu & Kashmir, who was studying applied geology at Aligarh Muslim University, has reportedly joined the terrorist organisation Hizbul Mujahideen. In a photograph that has gone viral on social media, Wani appears to be holding a gun with a message ‘Mannan Wani, son of Bashir Ahmed Wani, joined Mujahideen on January 5’. His father is reportedly a lecturer and his brother a junior engineer working in the J&K government.

Wani, 26, was pursuing a PhD on ‘Structural and Geo-Morphological Study of Lolab Valley, Kashmir’. According to AMU website, he received an award for the best paper presented at an international conference on ‘Water, Environment, Ecology and Society’ in 2016.

Meanwhile, support for Wani has poured in on social media from the usual elements from Kashmir and Pakistan wishing Wani success in his ‘mission’. 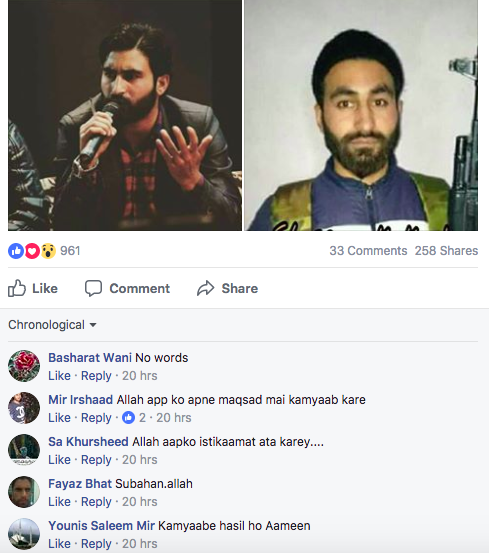 Many even compared him to Burhan Wani, another Mujahideen terrorist, who was neutralised by security forces in 2016. Wani was also son of a school teacher. 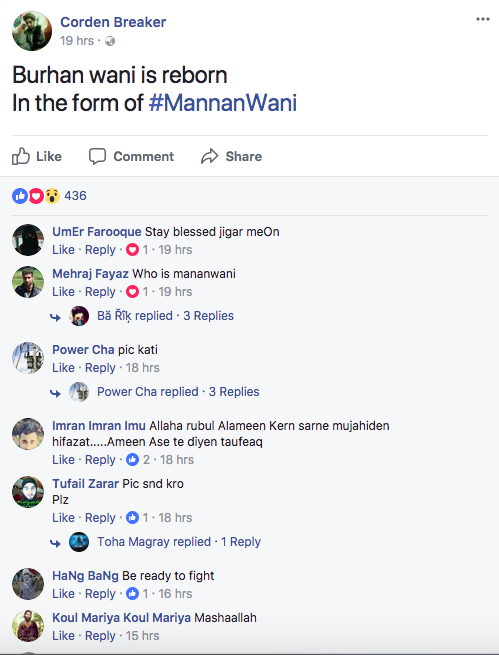 Reportedly, he was ‘harassed’ by security forces back in November, 2017 when he was on his way to Srinagar. In a chilling update on Facebook, the profile has since been removed, Wani had written, “On this disgusting day, the best moment happened when I got a compliment from the Indian Army officer (who also checked my identity card, but spared me from getting down from the car) about my looks resembling the famous Commander, who has given them sleepless nights, and me passing a gentle smile without uttering a single word.”

AMU has since suspended him and an investigation is underway. Police has raided his room at AMU and it is believed that suspicious material has been found from his room. His family, on the other hand, say they are unaware of such step. They say they have not heard from Wani from 4th January since his phone has since been switched off. They have lodged a missing report with Police on Saturday.

According to police, Wani’s last known location was in Delhi.