Centre should bring a law to build the Ram Mandir at Ayodhya: RSS chief Mohan Bhagwat 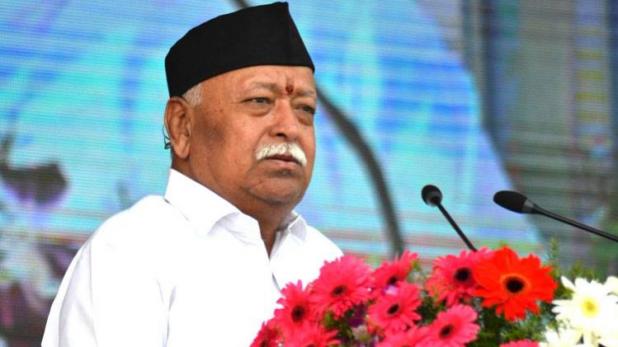 At the annual Vijayadashami celebrations taking place at Nagpur, Rashtriya Swayamsevak Sangh (RSS) chief Mohan Bhagwat urged the Narendra Modi-led BJP government of bringing in a law to build a Ram Mandir at the disputed land in Ayodhya.

The place of Ram Janmabhoomi is yet to be allocated although evidence have affirmed that there was a temple at that place.The temple would have been constructed long ago if there wasn’t political interference. We want govt to clear the path for construction through law: RSS Chief pic.twitter.com/hr9wqdpRCY

He added that the construction of the temple is necessary from the self-respect point of view as well.

Speaking on the Sabarimala verdict, which allowed entry of women of all ages into the temple from yesterday, Bhagwat said the sentiments of the devotees were not considered.

Established in 1925 on the occasion of Vijayadashami, the RSS carries out Shastra Puja on this day to mark the occasion. Speaking on the efforts made by the Central government on boosting the morale of the armed forces, the RSS chief said that the government has taken steps in making the armed forces well equipped and providing them with latest technologies. Lauding the efforts taken by the government to increase the internal security, he said, the cohorts of anti-nationals have already been formed in the mainstream media, social media as well as in the intellectuals circles.

To establish an anti national leadership with blind followers solely committed to them is the Neo-Left doctrine of these Urban Naxals. Their cohorts already established in SM and MSM, intellectual circles&other institutions are associated with such activities #RSSVijayaDashami

He added that this manufacturing of vicious environment weakens the cohesiveness and a world of psychological warfare is carved out.

Through the manufacturing of vicious atmosphere that weakens the social cohesion-essentially the bedrock of internal security of a nation–a world of psychological warfare is being carved out. This is called as ‘Mantrayuddh’ in our traditional Rajneeti Shastras #RSSVijayaDashami

The RSS chief then urged the voters to go out and vote in the upcoming elections keeping in mind national interest.

If we have to get the verdict which will not lead to repentance then the voters will have to rise above self, parochial feelings, petty egos of caste, language and provincial affiliations, keeping in mind that the national interest is supreme #RSSVijayaDashami

Voting for NOTA (none of the above) would make the vote go in favour of the one who is most ineffective, he added.

The characteristic of democratic politics is such that no one can be considered as completely right or wrong. In such a situation, non-voting or using the provision of None of the Above (NOTA) goes in favour of the one who is most ineffective #RSSVijayaDashami

He called for the swayamsevaks to put their strength behind the national good.

Since its inception, RSS has refrained from politics. But Swayamsevaks across the country, should fulfil their duty as citizens and stand in favour of putting their strength behind the overall national good. This is an essential task in the national interest #RSSVijayaDashami

This year, Nobel Prize recipient and child rights’ activist Kailash Satyarthi was the chief guest and he urged the swayamsevaks to work for better future of the country by taking initiatives to help curb child trafficking.