Oxford University research study predicts that in near future, Pakistan may have Hafiz Saeed as its PM

The study says by mid-2020s, Pakistan could have a substantial number of legislators elected with the help of Lashkar-e-Tayyiba (LeT) and Jaish-e-Mohammed 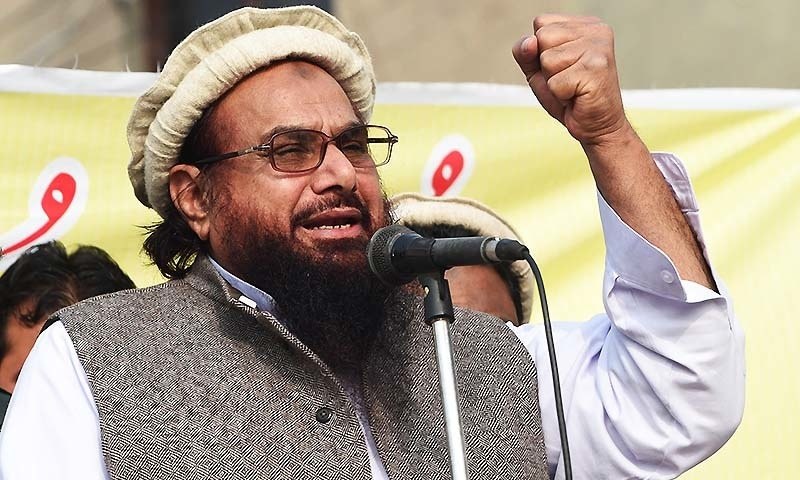 As per earlier reports, Pakistan’s Tehreek-e-Insaf’s (PTI) Imran Khan had emerged victorious as the new Prime Minister of Pakistan, after he beat the alliance of Lashkar-e-Toiba chief and 26/11 mastermind Hafiz Saeed.

It was speculated after Imran Khan assumed office that the military’s grip over Pakistan’s politics would be firmer than ever and as Khan has been sympathetic to the Taliban in the past, going so far as to support their political mainstreaming, it was a raising concern among neighbouring countries that the fundamentalist forces are gaining a stronghold in Pakistan.

Recently, an ordinance banning on Hafiz Saeed’s LeT and Falah-e-Insaniyat foundation in Pakistan as per UNSC sanctions has lapsed after Imran Khan’s government made no attempts to table it in the parliament to convert it into a law, paving the way for both the terror organisation to further mainstream their operations.

The 87-page report titled ‘Humanity at Risk-Global Terror Threat Indicant’ published by the Oxford University and SFG is based on an analysis of over 200 such terror groups throughout the world, claiming that only one-fourth of these organisations are motivated by their ideology.

One of the most alarming analyses of the report mentions a warning that Pakistan-sponsored terror strikes foreseen in India could possibly trigger a full-scale war between the two neighbours.

The report shows concern about jihadi outfits getting all the support they need from the state machinery, intelligence agencies and criminal networks. Recalling the birth and spread of Al-Qaeda in Pakistan and the subsequent harbouring of Osama Bin Laden in Abbottabad, the report highlights that terror outfits are getting state-sponsorship in Pakistan.

The report also states that LeT and JeM together pose a greater threat to humanity than ISIS. It also states that Pakistan holds three times greater risk to humanity through terrorism than Syria does, five times that of Libya and seven times that of Iraq. “If we look at the most dangerous terrorist groups, based on hard facts and statistics, we find that Pakistan hosts or aids a majority of them. Also, there are a significant number of groups based in Afghanistan which operate with the support of Pakistan,” the report mentions.

The report also adds that by mid-2020s, Pakistan could have a substantial number of legislators elected with the help of Lashkar-e-Tayyiba (LeT) and Jaish-i-Mohammed. It adds that as the USA prepares to leave Afghanistan, Taliban will again increase its foothold. With Al-Qaeda expanding its operations in Thailand, Bangladesh, and Myanmar, these countries might descend into chaos too, predicts the report.

Adding further, the report asserted, “If we follow trend-lines rather than headlines, we find that Lashkar-e-Taiba, Taliban, Jaish-e-Mohammed are a much greater risk to humanity than ISIS or Daesh at this stage. Indeed, even Al-Nusrah Front and Al-Shabaab are a greater threat than Daesh. Nevertheless, greater attention is focused on Daesh than the groups that can threaten humanity on a large scale.”

The publication has been based on hard facts and statistics, predicting that if the most dangerous terrorist groups were looked at, it can be found that Pakistan hosts or aids a majority of them, with a significant number of groups based in Afghanistan which operate with the support of Pakistan.

Page 77 of the report reads, “In order to assess future risks, it is necessary to measure the armed strength of terrorist groups. It is also necessary to examine their intent to acquire and use weapons of mass destruction. The stronger a group is in terms of attracting armed members, the greater the risk it poses to humanity. If a group intends to acquire nuclear weapons, its risk potential multiplies by several times.”

Lashkar-e-Taiba (LeT) has the power to build its party infrastructure and contest the federal elections successfully with other extremist groups, including active unofficial support from the military. “Pakistan [could] then elect Hafiz Saeed as the head of government,” predicted the report.