After the election dates for 5 states were announced, the media seemed to have gone in overdrive trying to discredit the government in power. Today, many prominent handles including journalists shared an old ‘news’ from 2015 where it was alleged that a 90-year-old Dalit man was murdered for entering a temple in Uttar Pradesh.

The sort of thing in our country that horrifies…

And the reason a mayawati, bhim army , Prakash ambedkar needed as pressure points…

90-yr-old Dalit man burnt alive for trying to enter temple in UP via @htTweets https://t.co/62N1iLEglV

Why are Dalits in India tolerating these barbaric cruelties? Is this our most tolerant and inclusive religion? https://t.co/VKCwrn6me6

Paronjoy Guha Thakurta who is an “independent” journalist too shared the same “news” on Twitter. 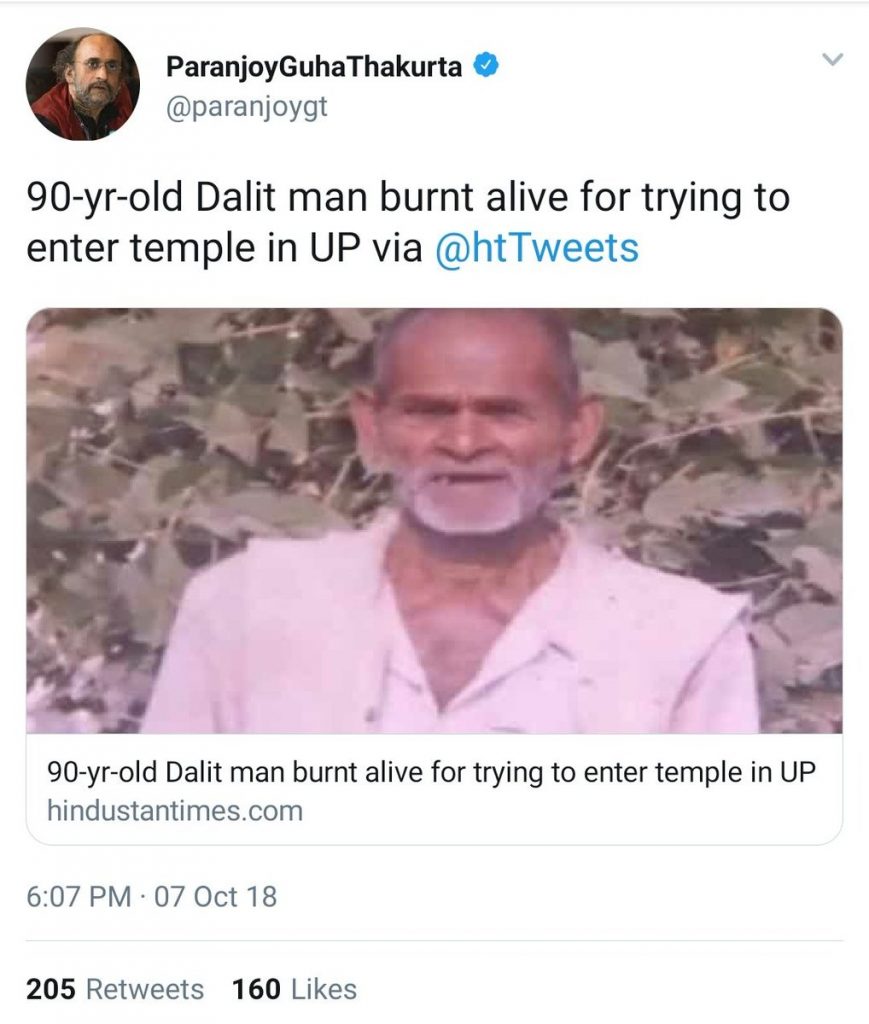 Thakurta later deleted his tweet after someone pointed out to him that it was a 2015 article. However, he continued to lament the state of our nation without realising that the news itself was fake.

Thank you for pointing out that this is a three-year old news article. I was misled by the date and did not notice the year. Still, the unfortunate reality about how this country treats its socially underprivileged remains unchanged. Regretfully.

In 2015 itself, OpIndia.com had covered how the story of the Dalit man being murdered for entering a temple was a lie. It turns out that the old man was murdered by a drunkard and not because he entered the temple. It was also reported that the Dalit man was going to the temple when he was asked for money by a drunkard. When he refused, the drunkard hit him with an axe, and later burnt his body. This was also confirmed by the District Magistrate.

The then Uttar Pradesh government’s Twitter handle, under Akhilesh Yadav, had tweeted a clarification too: 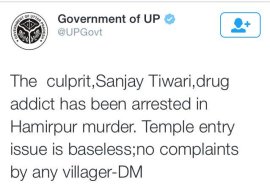 Perhaps the media persons have lost track of the number of lies that have been peddled or run out of creative lies which is why old lies are now being recycled. Either way, it is interesting that these lies have surfaced after the election dates have been announced by the Election Commission.