OpIndia
Home Opinions Civil War in India: Are we condemned to such a fate?
OpinionsPolitics

Civil War in India: Are we condemned to such a fate?

Hindus need to be aware of the danger of demography, the limits of secularism and the pitfalls of bookish “liberal” values. 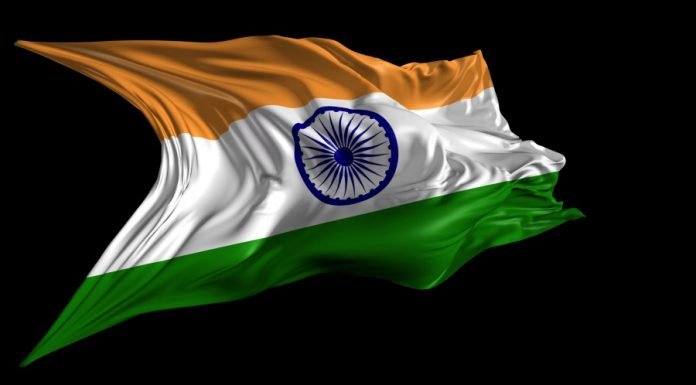 A tweet video is trending in which a Muslim is caught having just broken an idol of Hanuman and uttering that he did it in the name of the Allah.

Five years ago, when Modi had just ensconced himself in Centre, there was a recorded event of a Hanuman idol being attacked in Andheri (W) in Mumbai. As the news spread and devotees began to mass around the temple agitated, the possibility of an ugly turn to events was real. However, police were able to persuade the seething crowd to cool off.

Last year a temple in Howrah in West Bengal was ransacked with portraits of Hindu gods and goddesses thrown in the mud. If you click on this link, you would find various attacks on Hindu idols in temples in Pakistan, Bangladesh and the even United States.

I am not writing this to contrast the outrage which Lutyens Media had shown three weeks ago when a skullcap of a Muslim was thrown on the ground and police had later contested that the victim might have actually kept the skullcap in his pocket. I am also not trying to whip up outrage among the Hindu majority. And I am certainly not trying to paint millions of Indian Muslims in a corner who I believe are largely peaceful.

My point is larger and the instance I quote is of Lebanon to show how stray incidents, if not checked, snowball into something monstrous.

On April 13, 1975, a few gunmen of a PLO (Palestine Liberation Organization) factions barged into the Church of Notre Dame de la Deliverance in East Beirut and opened fire on the VIPs present, killing four people.

It was a religious transgression and it began the civil war in Lebanon which lasted for 15 years (1975-1990).  Around 120,000 people were killed. By 2012, approximately 76,000 people had been displaced within the country. There was also an exodus of over one million people.

It was a flashpoint and sure the genesis of it was building up over the years. At the turn of the century, Lebanon was a Christian-majority country. It was a model nation of liberal values. By 1950s, Lebanon had entered into its golden age. Politically stable, economy booking, excellent tourism, exemplary banks, envied even in the Western world and termed as the Swiss of the Middle East.  After Israel, it was the most prosperous country in the Middle East and this too without oil as its backbone.

It began to change when Lebanon opened its border to accept hundreds and thousands of Palestinians during the 1948-1967 period, a stretch when Israel became a nation and fought wars with Arab nations. The Muslims’ demography in Lebanon was already booming: Having 10 children in the family was a norm. With the influx from across the border, the demographic equation changed, religious battles for turfs became common and Civil War loomed. A flashpoint was all it needed to wreak havoc.

I am not getting into the debate about the role of demography, about Islam’s ideology of propagation of faith or its resort to violence to achieve its goal. My point is still larger and it’s something which liberal world could either choose to dismiss it as Islamophobia or gird up its lions to deal with it.

We all know that the adherents of Islam are 1.20 billion in the world. That majority of them are peaceful. That only 10-15%, or a few million it is, who cause horror. But this number is enough to bring the liberal world to a staggering halt.

Weren’t Germans by and large peaceful before Adolf Hitler and his ethnic cleansing program dragged them into World War II and caused millions to die? Wasn’t Joseph Stalin a role model of a “reformed” Communism who caused tens of millions to die of starvation and hunger in the Soviet Union? Do we need to tell what Mao Zedong did to millions of his men? Do we need a reminder of what 19 wood-cutters did to our world by bringing down the towers of the World Trade Center?

Would the peaceful majority of Muslims deny that there are hundreds of Sharia courts in England which were unthinkable a few decades ago and which run parallel to the laws of the land? Would they disagree that there are dozens of areas in France which have been declared “no-go zones” even by the police?

Closer home, weren’t Indian Muslims largely peaceful yet the Partition occurred in 1947? In view of historical and present facts, would they revisit their empathy for Rohingya Muslims? Or, to rethink if the so-called state aggression on “innocent” Muslims in Jammu & Kashmir could have a contrary viewpoint? How now do they view the “tukde-tukde” gang? How do they view the growing presence of Islamic State (IS) in Tamil Nadu, Kerala and Bengal? Do they have an opinion on Babri Masjid-Ram Janmabhoomi dispute?

The crux is peaceful Indian Muslims need to stand up and be counted. At least those who are well-off and not struggling to meet their ends meet. They need to be angry on lynchings and be equally outraged on loses in the Hindu quarters.  They need to find leadership within which speaks for say, Kashmiri Pandits and condemn terrorism.  The narrative of violent Islam needs a course correction and it must come from within the community. Or they would hand over the future of their own coming generations in the hands of a dreaded few.

As for Hindus, they need to be aware of the danger of demography, the limits of secularism and the pitfalls of bookish “liberal” values.  Not for nothing, it’s said: Those who refuse to learn from history, are condemned to repeat it.