Interestingly, Prashant Kishor and his political clients - Mamata Banerjee and Arvind Kejriwal, have been strongly opposing the implementation of NRC and the Citizenship Amendment Act. 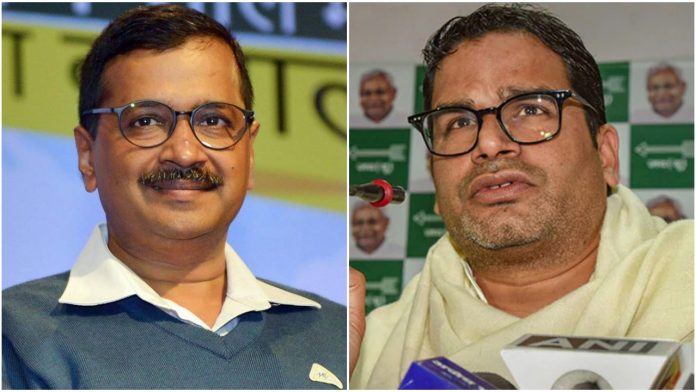 “Happy to share that @indianpac is coming on-board with us. Welcome aboard!,” tweeted Mr Kejriwal.

Happy to share that @indianpac is coming on-board with us. Welcome aboard!

Elections to 70-member Assembly are likely to be held early next year. The ruling Aam Aadmi Party will be facing a three-cornered battle against the BJP and Congress.

Prashant Kishor, who is currently the vice-president of Nitish Kumar’s JD(U), had shot into fame in 2014 after formulating a successful election strategy for Prime Minister Narendra Modi. He subsequently ran successful campaigns for JD(U) in 2015 Bihar elections, for Congress in 2017 Punjab polls.

Read: JDU to act against Prashant Kishor and Pavan Verma over their statements against Citizenship Amendment Bill: Reports

Earlier this year, Prashant Kishore’s Indian Political Action Committee had helped YSRCP chief Jagan Mohan Reddy ahead of the Andhra Pradesh assembly election campaign that held along with 2019 Lok Sabha elections. YSR Congress had swept both the state elections and Lok Sabha elections by winning 22 out of 24 seats from the state.

Alarmed by the rise of the BJP in the state, as evident in the number of Lok Sabha seats bagged by them, West Bengal chief minister and Trinamool Congress chief Mamata Banerjee has also hired the services of Prashant Kishor for the upcoming West Bengal assembly elections.

Interestingly, Prashant Kishor and his political clients – Mamata Banerjee and Arvind Kejriwal, have been strongly opposing the implementation of NRC and the Citizenship Amendment Act.

Prashant Kishor had further attacked Nitish Kumar for maintaining that his party’s move to support the Citizenship Amendment Bill was not in sync with the Constitution of JD(U). On Friday, he had even claimed that the onus of saving the soul of India lies with the 16 non-BJP chief ministers who have to operationalise the amended Citizenship Act.

However, unhappy over his comments, the JDU has reportedly sent notices to Prashant Kishor along with other leaders for opposing party’s decision to support the bill.