Congress leaders want Rahul Gandhi back as President but want mommy Sonia to handhold him, journalist close to party reveals

Rahul Gandhi is rarely sought as a poll campaigner, and his own defeat in Amethi in Lok Sabha election is a big negative for his image among the party workers. 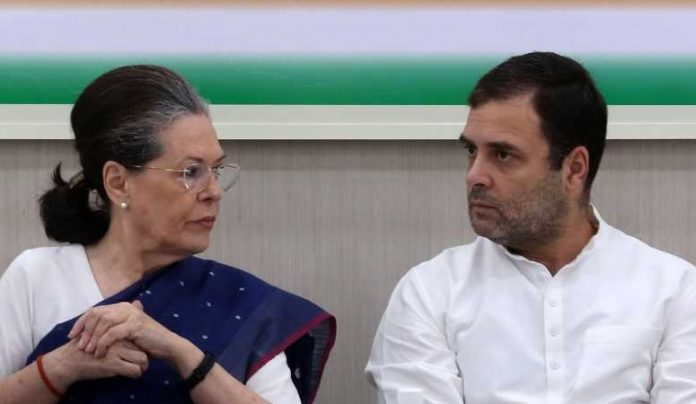 Writing in Tribune India, Kidwai narrates the internal thoughts of the country on the matter of president. According to him, Sonia Gandhi is emulating Indira Gandhi in many ways, including promoting her son in politics. But unlike Sanjay and Rajiv Gandhi, Rahul Gandhi has not become the most acceptable leader withing the Congress party, let alone among the voters.

Kidwai writes that Sonia Gandhi is unwilling to continue as interim chief of the party due to health issues. Moreover, she is no longer interested in full-time politics. Therefore, she is asking the party leadership to find her successor soon. And the most common name suggested for the next president of the party is Rahul Gandhi. But while most leaders want Rahul Gandhi to replace his mother, they also don’t want to lead the party alone without the oversight of Mrs Gandhi. Kidwai says that the Congress leaders “do not relish the prospects of him as head of the party in Sonia’s absence.”

Read: The fall and fall of Rahul Gandhi

According to Kidwai, while the mother and son share a strong personal bond, the top leadership of the party is clearly divided as loyalists both of them. He writes that Rahul’s style of functioning is not liked by most Congress leaders. He is rarely sought as a poll campaigner, and his own defeat in Amethi in Lok Sabha election is a big negative for his image among the party workers. Rasheed Kidwai notes that Rahul Gandhi relied on lies during the election campaign, and the party leaders are not very happy about it. He writes that “from Rafale to Doklam, Rahul’s allegations lacked facts, figures and details.” Kidwai also notes that “Rahul miserably failed to influence undecided voters, disgruntled farmers and millions of those who make up their voting decision closer in the 2019 General Election.”

Kidwai also talks about the predicament of Rahul Gandhi returning as president, as he has been advocating intra-party democracy for a long time. Ideally, the party should hold an election for the post of the president where Rahul Gandhi contests. But there is a problem in that also, as hardly any leader will like to contest against him. Therefore, even if there is a poll, Rahul Gandhi is sure to win if he contests.