OpIndiabringing the right side of India

OpIndiabringing the right side of India

The usual suspects in the media fraternity tried to communalise a simple regulation passed by the RBI to ease the provisions of FEMA to enable the new citizens of the country to open bank accounts in the country.

Man who opened fire at police during Delhi riots identified as Shahrukh: Here is how The Quint tried to hide his identity and affiliation...

Violence and anarchy have erupted across Delhi on the day of Donald Trump's official visit to India.
Read more 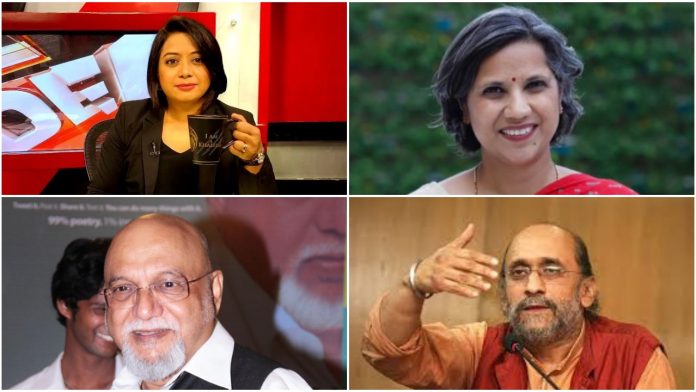 The liberal-secular media thrived by Congress ecosystem has time and again tried to incite public, especially Muslim communities, by resorting to fake news and half-truths to incite them against the Narendra Modi government. In a similar move, some self-proclaimed ‘intellectuals’ and media professionals have yet again indulged in fear-mongering and fake propaganda against the Modi government.

On Saturday, some of these ‘journalists’ picked up an article reported in Times of India which stated that banks may introduce a new column in ‘Know Your Customer’ (KYC) forms for their depositors and clients to mention their religion. Reportedly, this requirement has necessitated after the changes made to FEMA Act regulations, which extend the benefits of opening NRO accounts and holding property to select religious minorities, excluding Muslims.

However, these amendments issued by the Reserve Bank of India (RBI) to the Foreign Exchange Management Regulations is not new, but was issued in 2018.

These regulations are limited to migrants who are from minority communities — Hindus, Sikhs, Buddhists, Jains, Parsis and Christians — from Pakistan, Bangladesh and Afghanistan, who are already staying in India and hold long-term visas (LTVs). These LTV holders can buy residential property and open bank accounts in India.

The amendment to Schedule 3 of the FEMA (Deposit) regulations states, “A person being a citizen of Bangladesh or Pakistan belonging to minority communities in those countries, namely, Hindus, Sikhs, Buddhists, Jains, Parsis and Christians who is residing in India and has been granted a Long Term Visa (LTV) by the central government is permitted to open with an authorized dealer only one NRO Account.

Read- Reserve Bank of India clarifies that it has not sold any gold or trading in it, refutes the ET report categorically

An NRO account is basically a savings or current account held by NRIs in India to manage their income earned in India.

Most importantly, the FEMA regulations state, “The said NRO account shall be converted to a resident account once the person becomes a citizen of India within the meaning of the Citizenship Act, 1955.”

The above provision which was brought in 2018, will now aid the persecuted minorities belonging to three neighbouring countries who are already residing in India to open resident accounts and also buy one residential immovable property in the country for themselves. Further, the resident Muslims, who are already citizens of the country will not have any effect as they open resident accounts and not NRO accounts.

Rajeev Kumar, the Finance Secretary, Secretary Department of Financial Services (DFS) also clarified that there is no requirement for Indian citizens to declare their religion for opening bank accounts for KYC.

There is no requirement for #Indian citizens to declare their religion for opening/ existing #Bank account or for #KYC. Do not fall for baseless rumours about any such move by Banks @PIB_India @DDNewsLive @PTI_News @FinMinIndia @PMOIndia

However, the usual suspects in the media fraternity tried to communalise a simple regulation passed by the RBI to ease the provisions of FEMA to enable the new citizens of the country to open bank accounts in the country.

Faye D’Souza, one time TV ‘news’ anchor claiming to be ‘journalist’, as usual, was keen to express her anguish on the regulations without even reading the details of the provisions of the FEMA regulations that were brought in by the RBI in 2018 itself even before Modi government decided to implement the CAA.

At a time when Muslim mobs are creating riots on streets, senior ‘elites’ like D’Souza should have been careful not to indulge in fear-mongering and incite Muslims by further propaganda.

What fresh hell is this? pic.twitter.com/y6V3scK558

Pritish Nandy, another Congress-era ‘journalist’ blames the Modi government for a decision taken by an independent RBI.

Why is this government so stubborn? It refuses to budge on CAA and NRC. Now ToI reports that bank KYC forms may seek details of clients’ religion! pic.twitter.com/S4Oc1uS2JU

Maya Mirchandani, a former news anchor at NDTV who is now associated with an ultra left-wing fake news website – The Wire, displayed her ignorance on the regulations and attempted to trivialise the issue by calling it ‘communal’.

For what reason would bank KYC forms need anything more than address and ID proof? What does religion have to do with having a bank account? This is brazen communalism. https://t.co/WkhkzvGMTc

Paranjoy Guha Thakurta, another left-wing ‘journalist’ also vented out his anger against the country and tried to mislead it as another ‘religious’ issue.

This is absolutely unacceptable. What kind of country are we living in? Bank KYC forms may seek details of clients’ religion – Times of India https://t.co/dcpHYqvC4e

After inciting Muslim population across the country to take up arms against the Modi government, the Indian media mafia is likely to pick up these non-issues of bank regulations to twist it suit their ‘communal’ propaganda against the government.

Man who opened fire at police during Delhi riots identified as Shahrukh: Here is how The Quint tried to hide his identity and affiliation...

Violence and anarchy have erupted across Delhi on the day of Donald Trump's official visit to India.
Read more
News Reports

Over a lakh people are expected to participate in the Namaste Trump event during his India visit.
Read more
News Reports

We will be fortunate to see the construction of the grand temple of Lord Rama with our own eyes: Yogi Adityanath
Read more
Editor's picks

US President Donald Trump took to Twitter to announce his scheduled arrival in India in Hindi.
Read more