These statements come two after Indian army chief General Bipin Rawat had issued a stern warning to Pakistan's armed forces by stating that the situation along the LoC could escalate any time and that the Indian army was prepared for the spiralling of the escalation matrix. 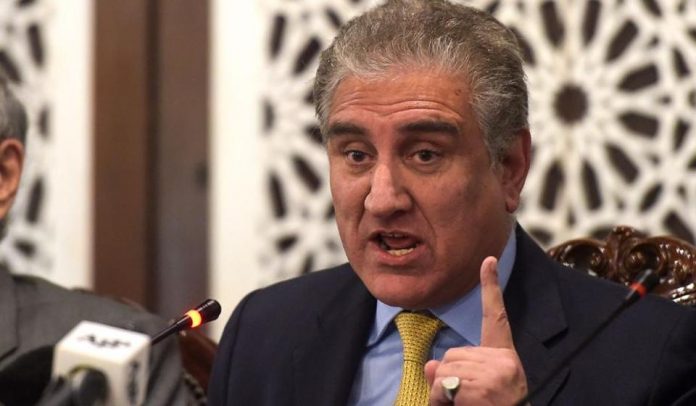 The Foreign Minister of Pakistan, Shah Mahmood Qureshi, has again written to the UN on the Kashmir issue, this time complaining that India is deploying missiles in Jammu & Kashmir. Qureshi claimed that India is continuing to escalate tensions in South Asia. He further claimed that India could launch a false-flag attack to divert the world’s attention from Kashmir.

Earlier today, Asif Ghafoor, the spokesperson of the Pakistani Army, had issued a statement where he said, “Pakistan Armed Forces shall befittingly respond to any Indian misadventure or aggression.” He had claimed that India is preparing the escalate along the LOC and would get a “befitting reply” from Pakistan.

Provocative statements and preparations for escalation along LOC by Indian COAS appear to be an effort as usual to divert world attention from wide spread protests in India against CAB. Pakistan Armed Forces shall befittingly respond to any Indian misadventure or aggression.

The letter, written on the 12th of December, “apprised the UN Security Council and the UN Secretary-General on Indian actions that continue to escalate tensions in an already tense environment in South Asia”, the Foreign Office said on Wednesday. The actions, Qureshi claimed, included “deployment and testing of missiles of various ranges and capabilities” by India.

Qureshi also demanded that the UN Military Observer’s Group strengthen its presence in the region and asked it to play its ‘rightful role’. India, on the other hand, claims that the UNMOGIP has outlived its utility following the signing of the Simla Agreement and the consequent establishment of the Line of Control (LoC).

These statements come two after Indian army chief General Bipin Rawat had issued a stern warning to Pakistan’s armed forces by stating that the situation along the LoC could escalate any time and that the Indian army was prepared for the spiralling of the escalation matrix.

General Rawat had issued those statements in the backdrop of a rise in ceasefire violation by Pakistan along the LoC in Jammu and Kashmir since the abrogation of Article 370 in August.

“The situation along the Line of Control can escalate any time. We have to be prepared for an escalation matrix,” Rawat had said.

Pakistan has been on a campaign to demonize India at the international arena ever since the abrogation of Article 370. Its Prime Minister Imran Khan can be regularly found on social media engaging in delusional rants against the current ruling dispensation. However, despite their best efforts, the world has largely continued to ignore them.